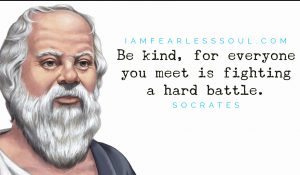 what if respect means seeing yourself and the other a person?

After I checked the election’s vote counts this morning, I cried. The cry of the innocent on trial… no, make it the sob, when the jury comes back and the verdict is read: not guilty.

Of course it is not over until it is over, but the little flames of hope are starting to break out from under the ton of soil I poured on the fire of hope: that America becomes the country I want to live in, instead of being ashamed of living in.

I am for all people. Whether I like them or not.

Whether they make more money than me, are heard more than me… for all people. But, it seems, that unless some principles are held up, like the ones in the Constitution, this is not how the world works… and the Constitution has been made a decoration instead of the cornerstone of this country for the past four years, and I was losing hope so much, that I had to bury it.

Now it is threatening to come out… thus the sobbing. Because 50% of this country, roughly, has voted, twice in a row, against being a country for all. 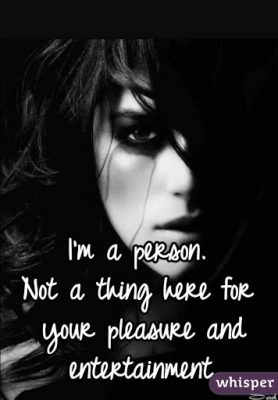 In a world where people know that they can exchange work, skills, expertise, efforts, mastery into money, and that is the only way, you have no need for handouts.

That is the world I stand for… and, of course, one man doesn’t make a difference, or if he does, he gets killed. Guaranteed. 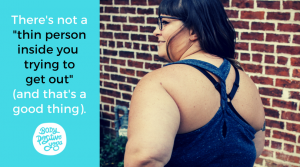 And if one man speaks sh*t, like Trump does, he gets hailed, as in Heil Hitler, by the ones who don’t like work.

What bothers me is that my two current teachers who actually work and work hard, and not only hard, they work smart, also fell for the ‘Fuhrer’… I am not getting it.

One of my favorite spy book author, Barry Eisler wrote a book, The Ass Is A Poor Receptacle For The Head: Why Democrats Suck At Communication, And How They Could Improve May 12, 2011.

He intimates that it is a communication issue… and it probably largely is. (just like considering respect only due when there is something you can see you can admire… bah b.s. Communication issue? Maybe.)

My teacher distinguishes two ways to attempt to persuade: Rhetoric and dialectic. 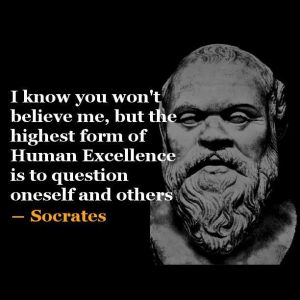 Trump is all rhetoric. Rhetoric is the sizzle… Makes the listener hungry for what is being sold, without every examining if it is good, if it is edible, if it is good for them, if the price is right or not.

Dialectic is quoting from Ben Settle’s email: “where you use logic to argue a point or persuade someone to do something.

This is where you use proof, credibility, stats, facts, figures, etc. Think Ron Paul, for example. He absolutely sucks at rhetoric but is extremely adept at dialectic, in my opinion. That’s why his following is passionate, but small, while Trump’s is passionate but big.”

Yeah, the people who can be swayed intellectually is getting smaller and smaller, because we live in a post truth society, where people have their hands out, where people don’t want to work and they don’t think they should have to work.

…meaning, I am asserting here that out of the many ‘entrepreneurs’ who attend Ben’s and Troy’s coaching program, I may be the only one, or one of two, who actually are consistently doing the work and produce results.

Life is actually very simple if and when you change your focus from ‘I don’t want to do anything to get what I want’ to ‘if it is to be, it is up to me’. Meaning: I have the power and I am willing to use it.

Yesterday, again, was struck with the realization that people either don’t know what they want 91%, or what they want is outside of their current reach, and they have been trying to bridge that gap with wishing, hoping, LOA (ugh) and other magic methods, like affirmation, energy blah blah blah…

I had my first ‘Future Self’ session. After a few minutes, I had to chuck my original idea how it was going to go… because people were unable to even THINK of something to suggest to their Future Self to get assistance with. 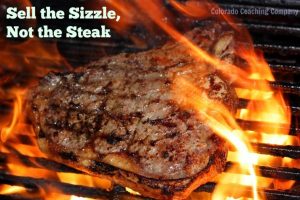 All rhetoric, all sizzle, no dialectic…

I suffered through the session, it was hard work for me… and the feedback I got surprised me: It was powerful… Yeah, if you are wakened up from the dead it may feel mighty powerful, hard work for the person who was poking you to wake you up…

I am complaining… yeah.

But another principle to the rescue: Start where you are… or translated to a guide’s, a coach’s vantage point: Start where they are…

I often sit in coaching sessions where I must raise my hand and redirect the speaker so they don’t go off like TRUMP, into rhetoric… leaving the bridge out, leaving the steps out, leaving people in the dust… thinking that they will be taken there.

I need to be the disrupter of the sweeping magical pictures they paint that no one can do anything with… because I am on the side of WORK. But unless people know WHAT to do next, they are sh*t out of luck… and they resort to LOA and other shitty theories like MAGA…

This article is getting really long…

What do I want you to do?

Hm… really… what do I want you to DO that will be useful for you, if you actually do it? 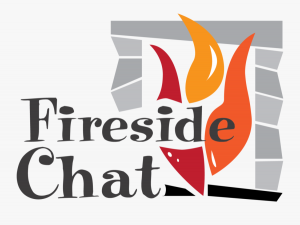 I have an idea. Come and talk to me today at 1 pm, or on Monday at 4 pm New York time… and start getting your feet under you. Start behaving like a person who knows that if your dreams are of any realistic value, it is up to you to accomplish them.

ACCOMPLISHMENT is the magic word… a step by step, brick by brick, building…

I can guide you, I can evaluate your direction (very important!) and help you become a PERSON.

What is a PERSON?

It is, I hear, scary as hell, but it seems to be the only way.

Recently I have changed my mind about an important word. RESPECT.

And it seems that you can’t… you can’t see a person unless you yourself are a person… Bummer, eh? 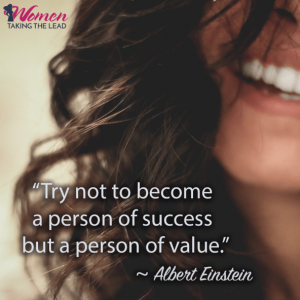 So it seems that my most important job is to help you become a person, help you see yourself as a person.

I first saw myself as a person in 1998… and it mortified me. Yeah… I saw that I only saw others as objects, as what they did, etc… not as people. And even my relationship to myself was harsh: unless I produced, I was nothing… Not that the person I was had a slow day, or a hard day, or some difficulties getting things done. No. NOTHING… definitely not a person.

When you are with me, you’ll experience yourself as a person…

with rare exceptions… Hey, sometimes it is hard for me to see someone as a person, in spite of my commitment.

Anyway, if you are so inclined, join me in my Office Hours, one registration registers you in all.

You come when you can… You don’t need to speak, and you are welcome to speak when I ask you to speak. I keep order with an iron fist…

OK here is the link to register

Register to be invited to my Office Hours
The recording of the office hours are in my mobile app. You’ll be taken through what you need to do to get my app, and get the recordings. They are free.