One of the most important things about humanity is arrogance: I know everything, except a few things… and once I know that, I’ll know everything I need to know.

This is true for everyone, PhD, Nobel Prize winner, Maven… What you know doesn’t really grow, only what you think you know grows…

Just watch the millions of books self-published on Amazon… Average truth value: 3%. Which means: 97% is not true.

13 or so years ago I ordered a report for $97. It came in an audio, a woman with this breezy spiritual voice, you know the voice, said what she said.

The report by Human Design told me how to eat. My eating style that will keep me healthy, smart, and slim.

It told me that I could eat salad with nuts and fruits and everything, I just have to make sure that I chew and swallow each ingredient on its own.

I tried. It made me sick.

I had been struggling with stomach ache, belly ache all my life, It didn’t get better…

Human Design, at the time, called it The Separator eating style. Since then they rechristened it to the consecutive and the alternating eating styles… and me and many of my clients have been following Human Design’s advice… It wasn’t easy and it wasn’t working.

I am an experimenter… It is important to me to

Eating this way is not fun, and felt like the wrong path… so I looked and decided to experiment further… After 13 years… Hey, I am slow… lol.

I had an idea and started the experiment, and to my surprise Source said: I am on the right track.

Today I started my day with scrambled eggs with sheep’s cheese (hard cheese), dry sausage (no sugar), no oil. No indigestion.

I added some oil… bum… indigestion. The Manchego sheep cheese is fatty enough that it provided the fat to make the dish yummy.

What is in Shriricha? peppers, sugar, vinegar…

So I came to the conclusion that maybe the diet is to eat a strict ‘food combining’ diet… where only like foods can be together in the same meal.

So far it is really working… no indigestion.

I can eat something different 2-3 hours later… I cooked some lentils added only salt, and I remained well.

You see until this experiment I followed or tried to follow Human Design’s eating style assessment, and it has been the most unfriendly, horrible way to eat. 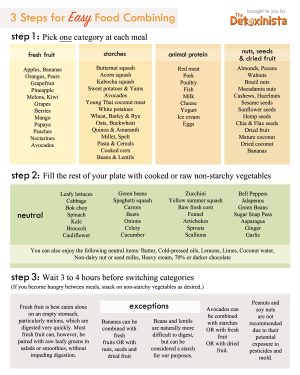 I probably could eat salad… but not with added eggs, or nuts, or fruits or cheese… they are not the same food combining kind as salads.

Vegetables, fruits, carbs… these are the food combining elements…

The other thing I intuited and tested:

people with the eat by appetite eating style have weak stomach acid.

Anything not protein, for example, dilutes the weak stomach acid even further, and they can’t digest the meat fully.

And the partially digested protein becomes a breeding ground for bad bacteria, and that bad bacteria thrives, while good bacteria dies off… and you get sick, get pimples, feel weak, stupid, and maybe depressed?

Your gut is where your mood comes from not your brain. I muscle tested this sentence and Source says it’s true…

Another bit from the bits and pieces… not diet related

Can you grant something that you don’t have? yes.

that is interesting, isn’t it?

When you validate, when you grant beingness to another, you most likely grant them something you don’t have…

Can you grant beingness to yourself? yes. Is it easier or harder than granting the same to another?

In the Validation Challenges one of my students took to ‘seeing a person’ over there faster than others.

When I suggested that he could be inclusive… accept people who are not like him into his tribe, he suddenly was freed up to just be himself, and people were flocking to him… and buying his stuff.

I bought an audio program yesterday.

Of course the purpose of buying it was to learn how to use it to sell.

After all nothing happens until you sell something. No sale, no money, no life.

The currency can be your effort, your time spent with another, you allowing them to use your stuff… there is always a price, and we call it all selling.

I had another interest: the dude who is the expert in the recordings, Ken Ellsworth, has insights through having been a prison guard, a hypnotherapist, a psychotherapist, and his insight are all about what is hidden, the invisible, my expertise, except he knows some things I would never figure out on my own.

I am most interested in him teasing out what people really want… or want to avoid… Because if and when i can tease it out, I can help them get it, or avoid it a whole lot better.

My job is to tease out what’s underneath it, what delusion, what fear, what the f… lol.

It’s like a person saying: I can’t be happy unless I am 16 years old and rail-thin… but they are 50 years old and 30 lbs overweight.

Unless I can get to what they really want and help them get it, they will continue believing the impossible.

Intent is a legal term. In daily language we use the word intention… Buying intent, intent to cause harm… Powerful word.

If I wanted to know what you are about, listening to the words you use, with authenticity, would tell me about half of who you are. Same with your vibration.

Is this common knowledge? No, if it were, most people would learn to parrot the language of power… to cover up their nakedness and their weakness… their lack of intent, their lack of determination, their lack of power. That their words have NO power.

It is not common knowledge, so oftentimes I can ‘diagnose’ what prevents a person from reaching their full potential in just a few moments, after just a few words.

T. Harv Eker did the same thing… and it was one of his famous magnets to attract people to his programs. Because, just like in the medical industry, the accurate and fast diagnostician makes a whole lot more money than the one who spends months spending the client’s money on false paths.

Now, with that said, what is the language of want… Probably no need to give examples, everyone you know speaks that way, probably yourself included.

Every version of wanting tells me that you are not ready, not willing, not prepared to do what it takes to cause that thing that you want.

Or just not now… later…

But why you want it? You yourself don’t know… do you?

One of the exercises I learned some 35 years ago that quite reliably digs out the why is the ‘three wishes’ exercise we did at one of the first Office Hours… October 26.

Almost everything you know about your motivations is off… And here, especially finding out your real motivations, knowledge is power.

It will redirect your efforts… and finally you can actually go for what you really want, not what you think you want.

You can buy the recording of that session for a puny $9.50. Or sign up to a workshop where I’ll do the same thing, for you and some other folks, on a Saturday…

The live workshop, of course, will cost more… But I’ll also throw in the October 26 recordings… on your mobile app.

Consider that you inside listen to the words, and take them as instructions… or a signaling of intent. Or more precisely: no intent. And what follows is no action. Not even thinking. Leaving that big thing, desire, hanging in the Universe… as a form of lie.