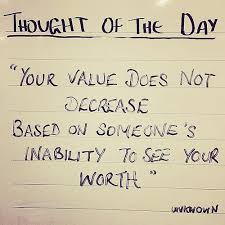 I don’t know about you, but being treated like a thing is at the root of almost every human misery… starting when you were little…

So in my practice, I am starting to realize, that is what needs to be dug out and looked at, so people can really get what they are stuck with, what is the thorn that is in their side… why they think they can’t, why they think they have to become special, or rich, or pretty, or thin, or famous… to finally be someone who isn’t treated like a thing.

But while being treated like a thing, it is normal: 99.99% of humanity only sees things, including themselves. In fact, when I muscle test. I get the answer that not more than 1000 people on the planet can see people as people, not as things.

What is even more surprising, all those 99.99% see themselves as things as well. 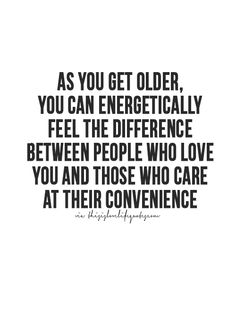 So being treated like a thing is actually normal… no matter who you are. It is part and parcel with the culture of homo sapiens… things that can speak…

And everything bad happens in the world because of that.

Everyone wants to be treated like a person, but everyone INSISTS on treating others (and themselves) like a thing.

In fact, it seems, people have more compassion, they attribute personness more readily to their pets, than to their fellow humans.

I have heard a dog owner not go on a trip, because his/her dog would feel abandoned being put in a kennel. They would have no qualms hiring a baby sitter for their child… And they don’t.

So I have been struggling with this going on 3-4 years, when I first discovered that this is the case.

I remember assigning the task to a group of people to become value recognizers.

They all came back not having seen any value to recognize.

This was about four years ago.

And in those four years I dreamed about being able to make my students SEE value, especially intrinsic values, so they can let people know, so they can see people as a person, so they can see, in themselves, personness.

I have been having breakthroughs, but interestingly every breakthrough-feeling discovery only takes me closer to seeing what is, what is really going on.

I have been activating different aspects of the seeing capacity, latest the capacity to see value… 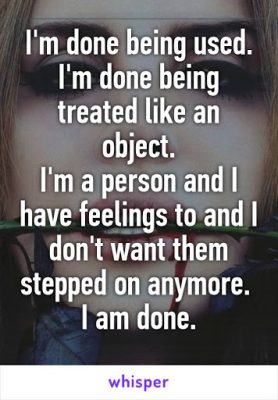 But yesterday, in a completely channeled little talk to my growth course participants, i said: It is not that you see value, or personness… It is that you GRANT beingness, you GRANT personness… much like you BESTOW personness.

Meaning: that first comes the granting, the bestowing, and then comes, then follows the seeing…

You see, I realized that all 15 participants in the Validation Challenge have the capacity to see value… but they don’t want to.

To the human ego that lives entirely in the either/or world, acknowledging another person’s value means that you are not.

I am habitually acknow edged by people for my generosity, my tenacity, my whatever… but not as a person, but as a machine that behaves generously, tenaciously… etc. Often I am told I am caring, loving and compassionate… A caring, loving, compassionate thing.

No one has granted me beingness… ever. Not my parents, not my friends, not my teachers… not my students.

But what is this granting beingness thing, you ask?

It is an allowing phenomenon. It is removing the lid created by the ego saying that there can be only one. Allowing the other to be above you, more than you, in one way or another, without it effecting you in any way. An act of existential courage… an act of generosity… alien to almost all humans alive. Almost. 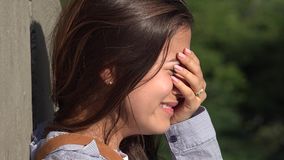 There are maybe a thousand humans who don’t live there… whose ego isn’t putting them into a straitjacket… It’s so rare, that even the Dalai Lama is not one of them.

My father was one of them, and I inherited this from him… although I didn’t know it, didn’t consider it, didn’t ‘bestow’ it on anyone… I was an unaware carrier of this gene till about 10 years ago.

Truth be told, this whole idea never entered my mind, I thought everyone was a person, and I was the only one who felt that I am treated like a thing. And I surely treated myself a thing…

It had something to do with kindness.

Kindness… I never considered it a virtue. I wasn’t kind, my parents weren’t kind to me… but people complained that I wasn’t kind.

When back around 10 years ago I had a cancerous growth on my arm, I did the energy of Kindness… one of the ‘Third Phase’ energies, and the growth started to respond. I got encouraged by that, and did the energy every day… and in a short time, I don’t remember how many days, the growth fell off, leaving a big white patch of skin.

I knew it had something to do with kindness… and that forced me to look at kindness closely.

Caring how my words land, slowly but surely allowed me to see the other as a feeling thing whose pride, self-esteem, self-regard can be wounded by me… because they, just like me, were persons…

Having been unkind until then was simply a sign that for me they were things. Things that did wrong things, things that needed to be set straight.

I have gotten kinder… thank god… but I had an added gift: by ‘granting beingness’ I became a person for myself.

Now, that doesn’t sound like much… but it is.

No one can give you feeling like a person… unless… unless you are a person for yourself… a person as opposed to a thing.

If you listen to your self-talk, you’ll hear that you don’t treat yourself very kindly, do you?

That is one of the things that showed me that something had changed. I stopped putting myself down, I stopped treating myself like a thing that deserved to be punished, or be despised, or hated.

I admit mistakes I make, but I don’t become my mistakes. I am the person who makes the mistakes… I am not the mistake.

And this is what I want for all of you. For everyone… but I have no access to you…

Truth be told, it was a long road to hoe…

I had to see, in color, all the mistakes I have ever made in my life… and get that they didn’t make me a thing… even though some of those I could be ashamed of… But because I managed, little by little, separating myself from the mistakes and the horrible things I have done… I managed to end up a person who has made mistakes… and probably will make mistakes in the future.

The technology is arduous, and long… 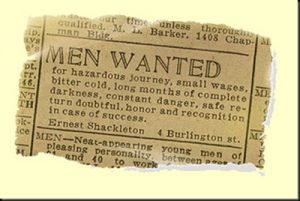 I could quote the famous ad that recruited staff for the expedition to the South Pole. Men wanted for hazardous journey. Low wages, bitter cold, long hours of complete darkness. Safe return doubtful. Honour and recognition in event of success.

Sir Ernest Shackleton when he was about to set out on one of his expeditions, printed a statement in the papers, to this effect: ‘Men wanted for hazardous journey to the South Pole. Small wages, bitter cold, long months of complete darkness, constant danger. Safe return doubtful. Honor and recognition in case of success.’ In speaking of it afterward he said that so overwhelming was the response to his appeal that it seemed as though all the men of Great Britain were determined to accompany him.

And whether Shackleton placed and ad like that or not… I am promising no more than he would have: the journey is arduous, and if we succeed, I promise you a life you’ll love and live powerfully (for the most part).

No millions, no marriage, no slim body, no living forever, no fame?

No, none of that is promised… but if any of it is important to you, you’ll go for it with gusto… and almost certainly get it.

How long will it take? Yeah, that may be an important question, after all, like with weddings and wedding dresses, you’ll need to fit into the dress… I am being facetious.

I have no idea how long it will take, because it will depend on you mostly.

It is your ego that is interfering.

I’ll make sure that you’ll have the capacity… if it is not sight, I’ll find what it is.

1. The Validation Challenge, a daily activity you need to engage in to trigger and use the ‘granting beingness’ muscle, the seeing value muscle.
2. The 3-wishes exercise where we’ll be able to dig deep down to dig out the original thorn in your side… and the subsequent ones… Some have many. I have dug out, from myself, already seven of those. I still have one remain… and hopefully that is the last one.
3. The Future Self workshops: where we’ll evoke your Future Self to guide you, week by week… so you can become all you can become so you can have Eaudaimonia… health, wealth, love and happiness

If you don’t have time to do all the workshops, you can opt to pay as you go… if and on condition that you are one of my current students in my growth program, or a graduate of my Playground.

If you are interested in being part of this Grand Experiment… turning into HUMAN BEING… living and feeling according to the Original Design, I’d like to talk to you.

Obviously the new people will need to catch up with the more advanced student… while I serve both groups equally.