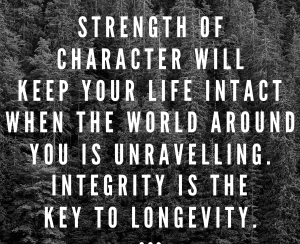 I know you don’t want to talk about this topic, but I am afraid we need to. Hate me, I can take it.

I know it is holiday month, you only want to think of Christmas, and nice-nice, and gifts… but the quality of your life depends on what you do every day… so maybe you want to talk about that…

So what is character? Character, some say, is how you behave when no one is watching.

Moral character or character is an analysis of an individual’s steady moral qualities. The concept of character can express a variety of attributes including the presence or lack of virtues such as empathy, courage, fortitude, honesty, and loyalty, or of good behaviors or habits. Moral character primarily refers to the collection of qualities that differentiate one individual from another – although on a cultural level, the group of moral behaviors to which a social group adheres can be said to unite and define it culturally as distinct from others.

I have written, mostly, about character defects, earlier this year here… in this article. https://www.yourvibration.com/23760/seven-boulders/

I have been able to measure (muscletest) your character from 1-100, and to my surprise my number is 70. My guess would be, given all the character defects I detect on myself, eating too much, potty mouth, I would have guessed my number around 10… But Source dares to differ. 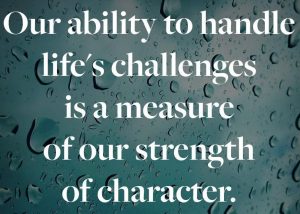 So we are going to look at character and character defects… I am very curious why my number is so high, while my students’ hover between 7 and 10…

Between you and me, I am new to this question, but obviously not new to the idea… My guess is that I have been calling the virtues of character spiritual/DNA capacities, and not character traits.

When I started this transformational work, first as a student, of course, my character number was 10… I just muscle tested. My vibration at the same time was 200… Hm, I thought that was lower… but Source, again, disagrees with me. 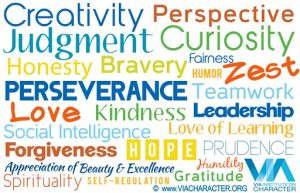 It is very, or relatively easy to find out what are the components of character… you just need to google ‘virtues’ and you get it.

But in my experience, I can tell you, I can order you, I can suggest that you be one on that list, and I have been, if nowhere else, in the Validation Challenge, and the results are puny or non-existent.

I myself, as I remember, didn’t raise my character number by looking at the positive, by looking at what I wanted to be when I grew up. Instead, I looked at what behaviors, what attitudes disgusted me enough to say: Hell no, I am not willing to be that way.

Sometimes I use a different way or working it… like in this sentence: “There is no way I am going to be anything less than magnificent!” That was an inner shout in response to someone accusing me of being weak, a putz, a nincompoop, and ordinary… like everyone else… Hell no, not me, not ever, you won’t catch me being ORDINARY… the opposite of ordinary is not necessarily magnificent, but if you way you shoot for magnificent, you surely won’t be ordinary in a world where the standard is so low, people are clueless.

I watched a youtube live of some tech company to get help in an issue I am having. They were boring, they didn’t know how to teach, because they spoke jargon for 60 minutes… I think I gleaned one thing from 60 minutes of jibber jabber.

Yeah, in a world where the experts can only talk to other experts, where that is ordinary, I definitely not want to be one of those ordinary dudes and dudettes. 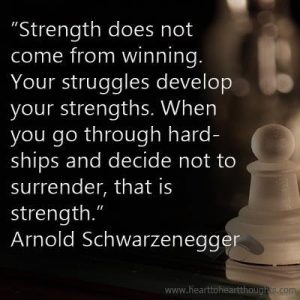 I have ideals on one hand and mortifying examples on the other, and together they alter my behavior to show character…

I hadn’t see that “Think Different” commercial. Last time I watched it I admired those people. Today when I watched it, I heard the last sentence: People who think they can change the world are the ones who do… and I saw that I am crazy enough to thing that… and to my surprise I got an infusion of HOPE. 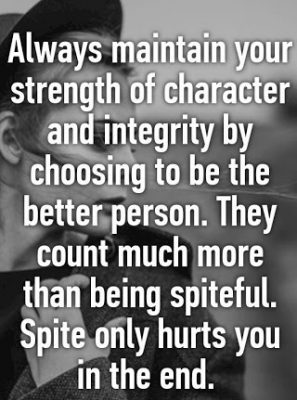 I have been hopeless all my life… It came out clean and obvious in the last 3-wishes workshop… Hope has been one of my missing items.

But it is the nature of the kind of digging work we do that just seeing that you have a missing item, if you have enough commitment to disappear it, your reticular activator jumps into active mode, and seeks out ways you can make your missing item not to be missing any more.

If you have enough commitment, I said, and that is where this is a character issue. Strength of character.

If yours is weak, you hope for things to be given to you, but you won’t actually commit blood sweat and tears to it.

If yours is weak, you’ll come to my webinars, and go away having had a good time, but you’ll never actually do the work it takes to internalize what you learned, to really learn it. Unless you can teach it, you didn’t learn it… And you are ordinary… like those people on the tech webinar.

If yours is weak, you’ll find yourself always looking for reasons why you can’t do something… instead of looking at how you can do it… even if it is hard.

Having any character strengths makes you not ordinary as much as other people… but unless you have a system, like Benjamin Franklin did with his rotating virtue days

In 1726, at the age of 20, Benjamin Franklin created a system to develop his character.
In his autobiography, Franklin listed his thirteen virtues as: 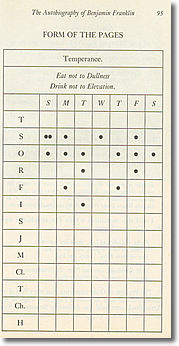 For example, I have a coach who has an answer to your question off the cuff… without ever clarifying what the REAL issue is… what is that? lack of humility.

So when I listen to people I am guided by ‘not to be like this coach’… works for me.

It is easier to see what repels you, and vow not to be like that.

My mother treated me like a thing… Without this repulsion I probably would treat others like a thing… but I am repulsed, even though she has been dead for 25 years.

I carefully choose who NOT to emulate… and this is the secret of my rising character number.

Some of my students want to emulate me, but they don’t see below the hood, so to say, so they can’t.

So I recommend my method over Franklin’s… even though it doesn’t sound very humble.

But results speak for themselves. Franklin got his character number up to 30… enough said. 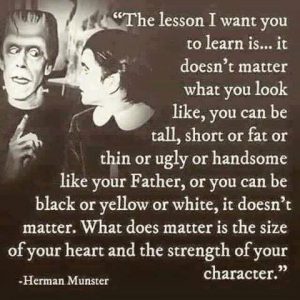 So what character defect should you work on first? Because it is a good idea to pick one, and work on it, until you see some movement.

You can pick from the few I detail in that older article, https://www.yourvibration.com/23760/seven-boulders/ or you can try what my Validation Challenge people do: try to improve their listening by taming their inner chatter, trying to understand, running commentary, and other useless things that prevent you from actually hearing what someone says, or absorbing what you read… if you read.

Your opinion can wait until after you stop reading or listening… because if you opinionate while you listen, you hear nothing.

Most people hear less than 10% of what is being said… That is a character defect… we could say, it is disrespect… considering the speaker not important…

To help you with this task, if you choose this one, the Amish Horse Training Method is a good tool.