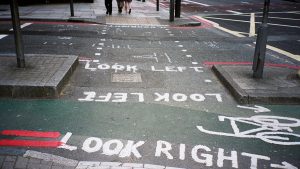 Look sideways… meaning: see things sideways… not only straight ahead.

This is what Future Self suggested to the three entrepreneurial students on the call and later to me.

I double checked, and it suggested to me the same the second time.

So what is this looking sideways thing Future Self suggested to four people? And if I look carefully, to everyone who had the good sense of not ask for yes/no answers. 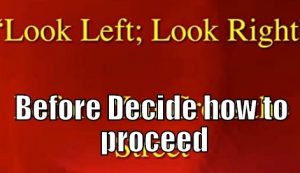 We humans, and I guess every living thing with a mind, act in predictable ways, because the mind only knows about the past.

Here is an example: I have had a mouse in the house that I could smell, I could track by its droppings, but wasn’t able to catch. A cautious mouse.

But I knew one thing about it: it loved sheep’s cheese.

And because of that I stocked up on sheep’s cheese, because that was the key to catching this mouse.

I started to train his mind. OK, maybe it’s a she, I really can’t tell the difference.

I put cheese containing things to different hard to reach areas… The mouse mind said: there is more cheese… I just have to find it.

I also put some cheese into a trap.

Then I didn’t eat cheese for four days. Yesterday I made myself scrambled eggs with cheese. I put the skillet really high, but the smell of the cheese lingered around the stove.

The trap is right next to the stove.

And the mouse, predictably, found the trap that followed the pattern: hard to reach and cheese smell.

So the little fellow is in the trap, and I am observing it.

And I will let it die… won’t share how. 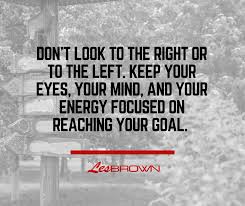 That leads us to a topic I didn’t mean to share, but it seems like an appropriate place.

In the Validation Challenge, people train themselves, supposedly!, to grant beingness to people, meaning: to see them as a person.

Yesterday I found out that most of my students think it means to be nice to them.

Hell no. I am not training you to be a doormat. I consider everyone a person, even the outgoing president, and I have no problem hating them, yelling at them, because love or regard or respect is expressed appropriately, with yelling and hating and punishing, and telling them to stop talking or even to go away.

I often look at what virtues to honor for myself or not to the origin of those virtues.

For example the virtue of not to kill or harm any living thing comes from India. Widespread poverty, wretchedness. Hell no. I am going to consider myself a person, and choose me, instead of the mouse. I’ll cause its death, if that is the only way to get rid of it… and I think it is.

I also eat meat, fowls, etc. I am currently eating the yummy succulent breast of the turkey I bought for Thanksgiving.

My new claim to fame may be that I ate a whole turkey in a week and a half… lol. 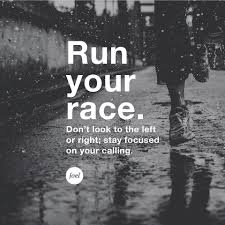 Back to the sideways view.

Any and all questions come from the mind, and questions are the ones that make you look.

I am not talking about curiosity, that is a whole other ball of wax. No I am talking about looking for answers to a question: what to do, how to do it, what is important what is not.

And because normal homo sapiens honor their mind as a good source of advice, maybe honor it as their brain (judging from the articles I run across everywhere) they are looking in the rearview mirror instead of forward, sideways, where they haven’t looked yet.

Instead of fixating on what you want, you could loosen up a little, and start looking around.

When you are fixating and listen to the mind, you’ll think yourself the center of the universe. Your about-me number will be high, and you’ll look where you have always looked: what do I want? what can I do with that? and the third: what do I need to fix about myself?

Yesterday it was crystal clear in the questions.

Instead of each member trying to fix themselves before they can start a company.

You have what you have, you know what you know… and that may not be all that is needed for a successful business, but there is no rule you have to do it alone!

And that is an example of a sideways view…

But until and unless you can ignore the mind’s jabbering, you won’t be able to do it… because the mind always suggests ‘straight ahead’ or ‘don’t do anything’ or ‘you are not enough’ or such nonsense…

I am also challenged this time.

I need to create a few valuable reports, maybe ebooks, that will attract people I’d like to work with.

As long as I think I have to do it all by myself, I am sh!t out of luck… really.

So consulting with Future Self I saw that the path to many valuable products is combining forces with other people, and most readily available other people are my students.

Each can interview me, and then transcribe the interview, and create a pdf… Something they own, and something I also own, and they can give it away, sell it, and inside the pdf they are promoting me.

I love the idea. My mind would never have come up with this… EVER.

If you suspect that your mind’s chattering is misdirecting you and preventing you to look where the answers are, I recommend that you practice the Amish Horse Training Method.

For a limited time, till Sunday midnight I am also offering a valuable bonus…

Train yourself to ignore the mind chatter!

PS: One of my longtime students who is in the Validation Challenge, and hasn’t done anything else in years now, just got an unexpected gift from the Challenge.

She got to see what she learned from her mother, what disempowering and untrue, unproductive attitude that has made her drop the ball, give up, stop, get resigned time and time again. And she got to see why her mother treated her like a thing to ‘farm out’ to a daycare, or any place that was willing to take her.

Yeah, her mother, like all mothers on Earth, treated her as a thing… Now that she can see it, she can say: there is no way I am going to be like my mother! hell no! and start to treat the people in her life like persons… even if they are tiresome, bothersome, or whatever people tend to be.