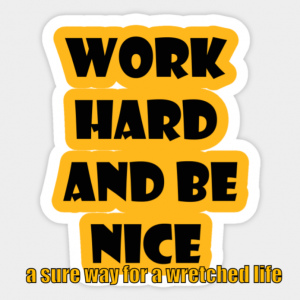 Looking for inspiration to empower you?

I woke up this morning pondering what to write about.

The cartoon of the inventor of the wheel who offers it to the knuckleheads who are too busy to listen.

And then one of my clients wrote to me. She said: customs make the Jews, not the Jews make the customs?

And then the idea for this article was ready.

The email conversation began with my client wishing me a happy Christmas Eve.

I answered that in Judaism the day starts with the sunset and the appearance of the first stars.

I wrote: Do you know that in Judaism the day of everything starts at the eve of it? birthdays too…

She answered: I knew that in the Torah, the days started with the eve. But, I didn’t know if Judaism was still doing that.
And birthdays… I hadn’t thought about that!

I think it odd that it didn’t end up being the norm how Judaism does it. But, at the same time, I’m so acclimated to thinking
each day to begin at sunrise…

Me: the old Hebrews didn’t have a clock, but the sunset was like a clock…

Her: I’m understanding it Israel keeps time as
Jews always have. And, as I understand it, Israel’s is a more accurate system.
I looked here: Jewish Time (aish.com) https://www.aish.com/jl/hol/o/48944546.html

Me: I read the whole article. I bet it’s true that it was the customs that keep a Jew a Jew… not the other way around.

Her: So, the customs keep a Jew a Jew; and not so much a Jew actually keeping the customs?

Me: this is true for everyone: what makes you who you are is the things you repeatedly do… your habits.

Mostly it makes people worthless, because they have worthless habits.

Her: What a potent take on “How you do anything is how you do everything”! Of course, unlikely that I’ll make any changes – but maybe?

Then I measured her inspirability… and it was a puny 7 on a 1-100 scale… so I agree with her: it is highly unlikely that in this uninspirable state she’ll do anything different.

Because I want you to be cognizant, aware, very aware who your actions shape your life.

And maybe even more importantly how the actions come from how you see the world. 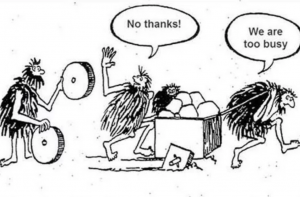 99% of the people who visit this site are too busy to care really what would make their lives better, even though that is what they want. But they are busy being filled with idle curiosity, wanting, and searching.

For any change you need to stop everything, and look. Look at your life, look where it’s going. You need to also stop listening to the little voice in your head telling you to do something.

You need that quiet time to even know what you want. To even see that where you are heading is not that. To see that your actions are not in line with what you want, in fact, for most people, they keep you stuck.

The other day we had a workshop

The other day we had a workshop where I had time to do something I had never done before. I took the time to take this notion how your most dominant voices in your head is keeping you stuck in what you don’t want.

This is how it goes, without telling you how we get to it:

You feel angry that you have been slighted, unnoticed, unappreciated… etc. and this anger fuels your behavior.

What behavior? The angry, vengeful behavior. I’ll show you! of a child.

And whether you know it, whether you get glimpses of it, that early decision, an entitled child’s decision is running your life… in reverse.

Now, listen up, the next step is a little difficult, so pay attention.

When you look at those early statements, the beginning of each example, you may see that you can go deeper. There is something underneath it, and it is the same for each: it is that people should treat them differently, or that they should get what they want, enough, etc.

The should… In this work we also call it the ITCH… the itch that you cannot scratch. Why? Because it is all in your mind.

Reality, people, don’t owe you anything… but you insist that they do.

And as long as you do, that f… them is going to give you your actions… not what you want to achieve in life.

I see that unless we can completely weed out the ITCH, your life is predictable, and sad sad sad.

We also call it self-concern in other contexts… there it is even clearer: because we say that your self-concern nails your foot to the floor, and all you can do is dance around it… and never move forward.

That is also the ITCH. the notion that the world should, that you should, that I should… that there is something that is due to you, respect, fairness, equal opportunity, love, caring, blah blah blah.

Nothing is due to you. Not.a.thing.

Only when you can come to terms with that, that you can start living like an adult, start growing, start becoming who you were meant to become.

The number shows to what degree you are held back in life by that should, the ‘that I should have gotten’, that is due to me, they should have loved me, cared for me, told me I was beautiful, blah blah blah.

There is no law, natural or man-made that says that, and your parents, and the world, didn’t sign an agreement to say: I’ll love you, care for you, tell you you are beautiful, etc.

Not your parents, not your peers, no one.

My mother didn’t just not love me, she hated me, and taught my brothers to hate me too.

And the first 50 years of my life I spent showing it to them and the world, how wrong they were to treat me like that.

I was a serial failure… despite some successes, professionally. But as a person I was a total failure, miserable, and always contemplating suicide.

But then I found a new strength: shouldn’t.

The power of shouldn’t

In my readings, and obviously I have always read and read a lot, I have found that the people who have the most energy are driven and kept moving were people whose motive power was what they didn’t want.

One woman, I think it was in one of the ‘the one minute manager’ books, was kept striving and thriving by the vision of the wolves of poverty howling at her heels.

For a long time, and if I want to tell the truth today, I am still energized, and moved to action by the idea of homelessness. I have tried that and it wasn’t something I would be willing to do again. Especially as a woman.

But, lucky to me, I was trained by Landmark Education to invent potent declarations. I have invented hundreds, but the most lasting, the most potent ones in urging me to action have been a ‘no, never, no way’ type.

The first one was: There is no way I am going to be anything less than magnificent! There is always an exclamation mark after the declaration.

Why? Because the no-declarations are fueled by defiance.

Your f… you is defiance, and you have been obeying it forever…

But you could invent something where the same defiance is channeled to help you get what you want, instead of keeping you broke, sick, and miserable. Fat, insignificant, useless, worthless, unimportant, and disrespected.

In the Instant Coherence workshops… I am making a series out of it, I will help you craft powerful, potent declarations for your life.

Why do you need help?

Because there is a certain structure, a certain poetry, a certain art to creating powerful declarations.

Just listen to the declaration of independence:

Just a few lines: We hold these truths to be self-evident, that all men are created equal, that they are endowed by their Creator with certain unalienable Rights, that among these are Life, Liberty and the pursuit of Happiness.–That to secure these rights, Governments are instituted among Men, deriving their just powers from the consent of the governed, —

And despite its language, it is a no-f-ing way declaration, if you really listen.

And for about 200 years it inspired a country… alas not any more.

Should-type of declarations appeal to many, promising power, riches, happiness… but all from someone else.

Freedom fighters also fight for ‘no’… against slavery, tyranny, oppression.

If you can internalize, and make it your own personal fight guided by your own declarations, it can take you far.

No f…ing way is very powerful… if you are not too squeamish to say the words and mean it.

One more thing: if you are looking for books, quotes, memes to inspire you out of your rut… you are probably living in the should… and it will take some effort to turn yourself into a shouldn’t person.

Obviously if you are a mush cookie, a Milquetoast, a pansy, a ‘woke’ person, you won’t… because it is against the nice-nice you stand for.

So this article, if you got this far, wasn’t for you.

But if you have some energy, even if it is only a little, you should turn it into creating a strong shouldn’t… really.

Those that i can take to the Promised Land… meaning to the vertical plane, to Human Beingness, will be motivated by shouldn’t.

You can sign up to the Instant Coherence Workshops, if you think you have the energy go turn your should into a shouldn’t…

I’ll test you… don’t worry. I always do.

The workshops start next Sunday… Prerequisite: the recorded workshops so you come with some foundation.

Let me train you in the art and science of powerful declarations of context
PS: If you already have the recorded workshop and want to do the live workshop, email me for a coupon.