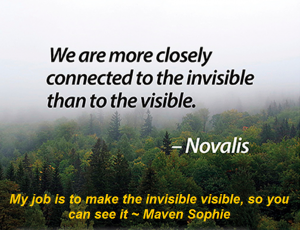 It is exactly 53 times more complicated than that!

If anybody says that they know how to help you, run the other way. What? you say I say that? Nah… I don’t. Maybe that is what you heard, but the truth is a whole lot more complicated than that.

Sorry, I could not pass this.

Back in Hungary, some 45 years ago I had a bet going with my colleague in architecture, Willy. He was a small little man, with an operated cleft palate… I guess that is what made him do the ‘please don’t kick me’ head tilt to the side. 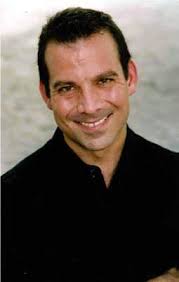 Obviously, you don’t need a facial distortion to have that. Famed coaches’ coach, Rich Shefren has it… and my friend, Willy was an award winning architect, some twenty years my senior.

I offered a bet that if you say something weird publicly and with authority then it will be repeated within a week everywhere… I am weird, and have always been, you say? Hell yeah… I am proud of it.

Anyway, the thing I said, in the tramway, hanging on the hand bar for dear life, is this: It is exactly 53 times more complicated than that!

Exactly a week later, on our way home, we heard someone else say that exact sentence… I rest my case. I won the bet…

The point is that only 10% of the universe, the truth, of how things work is in the visible, but 40% is knowable

So our job is to turn the invisible into visible.

And the rare specimen who is ‘plagued’ by curiosity and penetrate the knowable but not known, is ignored, swept aside, MINIMIZED.

One of my pet peeves is the ‘Transformational Leadership Council‘ where the ticket to becoming a member is to say the same as everyone else says… All 10%, all Tree of Knowledge, all cultish, if you ask me. Clique-y.

Am I sore personally that I can never be recognized?

Actually, yes and no. Vanity says yes, but at the same time, the moment you are recognized, you are expected to stay put, and behave. Behave like a good dog. Don’t evolve…

Anyway, what I wanted to share, now that I am done ranting, is that I have been doing something I had never done before:

I am leading the same class over and over… evolving it as we go.

In between the classes I work with my core group who pay me good money to meet with me four times a week. Intense. Cutting edge. Always poking the box. Always penetrating the knowable invisible the 40%.

The Sunday class, three hours long, now incorporates something that elsewhere you’d spend a whole day learning ABOUT, and pay at least $200 for… and get a fragment of the results, no kidding.

Next month, the second level of the same course, I’ll repeat the process again, and I’ll produce the same evolutionary effective result with the material that level covers… another day-long course equivalent in just three hours, for a pittance of the cost you’d pay elsewhere.

Why don’t I charge more for it if it is so effective?

My job is to experiment, to dig for gold, to dig out what has the potential of taking current humans to the Promised Land, homo sapiens to human being.

This has never been done, and maybe it can’t be done, But I am doing all I can, and I am happy just to making a living… and not a fortune.

If you can’t get what I am teaching you, for any reason whatsoever, then it is not advisable for me to work with you: it confuses the group, you demand too much airtime… you’ll dominate the class.

So I diligently cull people… So that I don’t get bogged down.

These courses differ from everything else I have ever done in this: the paying participants can repeat the same class as long as I am giving it. So people who were in yesterday’s class can come back every Sunday, this January. If they paid for the February class as well, then ditto for those Sunday.

There is a common thing among humans… The mind talking to them as if they were them… in their voice, confusing them into doing the mind’s bidding, not what would be best for them.

And I have never met a person who wasn’t tuned onto the channel: ‘I already know that!’ even if the first time they didn’t hear much of it. The didn’t hear much because they were pulled out of the conversation by the mind shrieking in their head: you must understand!, she will call on you!, she will yell at you!, you must know the answer! blah blah blah.

So no, you don’t already know that, and no, you have never heard it before… and even the second time you’ll only hear a little more than you heard the first time. 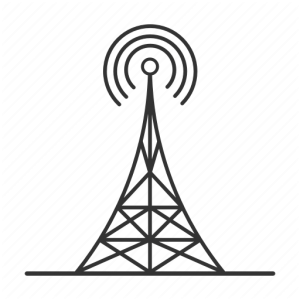 Why, you should ponder right now… You didn’t, right? You didn’t hear it, or if you did, you were sure that I confused my grammar…

But just between you and me, don’t tell anyone, there is no personal mind. There is one big mind, and you tune into what resonates with you, what speaks the languages you know, what matches what your parents, your society, your peers, the media have told you before.

But it is not stored in your head.

When I am connected to you, the area that lights up that I call the mind, is really just a receiver…

I learned this back in 1991. I remember driving after that class on the New Jersey Turnpike to get to Manhattan… being able to identify, for the first time, the ‘broadcast’ as the mind. I could even change the channel. Change languages… or tune out.

And I could tune out of the broadcast as well.

It was in my sixth year of transformational programs… and it was an important discovery for me.

I have never said ‘my mind’ ever again. I have never listened to the broadcast as something valid for me… telling me, for example, that I was on borrowed time, or that I should kill myself. (These were the main topics I tuned into before most frequently.)

It wasn’t me talking to myself, it wasn’t personal, and I had no obligation to do anything with the bad advice the mind pushed on me. ‘Thank you for sharing, I tuned in by mistake‘ I would say, after I checked in with myself for a minute…

And no matter whose voice the broadcast was ‘faking’, my mother’s, my father’s, my teacher’s, my answer was always ‘Nice try. Congratulations. Thank you but no thank you.‘

If you asked: ‘Am I suitable for your class?’ that would be a really intelligent question.

The answer is: Most likely not.

There is a crucial measure in your Starting Point Measurements that tells everything I need to know about you.

It does change with situations, so that measure, when it comes to learning, to growing, to be guided, is what will be important to me when I decide if someone is trainable or not.

And that is the humility measure. The way I measure I measure what is obvious, while humility itself isn’t so very obvious.

So I measure what humility isn’t… And the easiest for me to measure is your ‘about-me’ score. To what degree your self-concern occupies your visual/auditory field when someone attempts to train you, give you feedback, or guidance.

I just had a Freudian slip of the finger: I typed ‘feedbad’ lol. Any feedback, but especially feedback you don’t like.

I have all archetypes represented in my core group. They are there to train me… Train me to train them specifically…

But I can’t afford to have them in the ‘general population’ of my courses: their resistance will turn the course into a circus…

Luckily to me, back in 2012 I had a daily connection course… where every day I downloaded a different energy, I performed a different activation.

One of them is a perfect fit for what is holding you back: self-concern, self-righteousness, self-justifying… in one word: a lack of humility.

The whole course has 10 energies… one of them is humility.

I have, on sale, the whole course, or alternatively the one energy… It is delivered both on the desktop and on my mobile app, Maven Show, so you can ‘consume’ it easily, can whip it out anywhere you are, even when you are away from any wifi… you can just download it to your phone, and go into the desert, and have it.

Until tomorrow, Tuesday midnight you get 30% discount on the already ‘a steal’ price. Why do I say it’s a steal? No, it is not that a video should be expensive.

The value of any product is the result it can produce for you.

If a little video can turn you into a learning machine, who allows you to pay attention, to hear, to learn, to grow, then it is priceless… But for that you need to use it, and heed it.

The higher your about-me score the tougher that is for you… You’ll do what you’ve always done: argue, justify, resist, go Eeyore on me… yeah.

But luckily the energy works whether you have low about-me, or high about-me score.

But, and there is one problem: for it to work through audio, you need to be able and willing to connect to your Tangerine Spot.

What? You still want to result? Oh, OK. I can give you an audio that you can infuse into your beveragees. The water can be non-energizable, it can be made into tea, coffee… I have even had clients who infused it in their beer…

It works, but not without having a clear idea of what it is you are fighting, what it is that the energy is fighting.

So if you are one of those unwilling/unable people who still want the benefits, I’ll make an energy that you can infuse into your liquids.

I don’t sell that audio as a standalone purchase, don’t ask.

Just put it on an mp3 player, and play it through tightly attached headphones to your beverage. for five minutes… and drink it. Then pay attention to all the ways you are not humble, you are too concerned with yourself, you are trying to protect your fragile ego…

Go to step 2
PS: I hear that on mobile devices my links don’t work… It is your settings. If you set it such that it doesn’t show links… hey, it won’t…

Email me for a direct link if you want it, but the link doesn’t work on your device.