Ask and it is given… But if that were so easy and simple, there would not be a whole system of thought, Kabbalah, receiving in Hebrew…

You pray and you think you are effectively asking for what you want. You believe that you will get it… but only 1% of the asks are given…

This article is about why only 1% of what you ask for is given, no matter who you ask from. Yourself, someone else, or some deity.

In yesterday’s core group huddle I started to see something that is so hidden and so hideous that even when people see it, they don’t see it.

You don’t, you can’t see what you want and why (context)  so what you ask for is vague, fuzzy, and not going to get given.

Ask and it is given

There is a saying, I don’t know where it started, that says: Ask and it is given. Maybe from the New Testament?

OK, I found it… it was way overshadowed, outranked in google by the b.s. book of Esther and Jerry Hicks of the same title. (Their book, Ask and it is given has a truth value of only 7%)

Here is the whole quote from Matthew: Do not give dogs what is holy; do not throw your pearls before swine. If you do, they may trample them under their feet, and then turn and tear you to pieces. Ask, and it will be given to you; seek, and you will find; knock, and the door will be opened to you. For everyone who asks receives; he who seeks finds; and to him who knocks, the door will be opened.…

There is an art to asking.

Whether you believe that someone up there can and will deliver you what you want, ask someone else to do something for you, or believe that you can be that ‘who’ you ask is immaterial.

Unless you know how to ask, you are sh!t out of luck: meaning you won’t get what you want… no matter which who you ask of.

In my programs we don’t ‘ask’, we promise. So in my programs, mostly, we use the third version of ‘who’, ourselves.

And yet, what we do in my programs is exactly the same as if you were asking some god, or spirit, or the law of this or that to give you something.

And when I watch the people in my programs I get an insight into what is the trouble.

Want to know? Be prepared to be surprised.

Before I left Hungary, my mother had a stroke. She was able to go home from the hospital, but was told to stay in bed.

I was very busy, but I didn’t want to leave with a self-image of leaving my sick mother to care for herself, so I visited her twice a day in her home, and cooked meals for her.

On the last day I was chopping vegetables, maybe onions. She showed up in the kitchen door, and told me I was doing it wrong, walked over and took the knife from my hand.

In that moment I knew I could leave the country, and next day I did. Illegally, mind you, but that is another story.

How does this story illustrates lack of humility and the fact that your ‘asking’ doesn’t work?

Simple but not obvious: when you want someone, a person, yourself, or a deity to do something for you, you are not to tell them how to do it… only the end result.

Any and all of my students proved yesterday to be unable to go there… they were stuck in trying to tell the how, instead of envisioning the what. 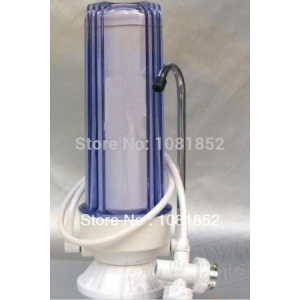 The student who wants to have her water filter installed on her faucet so she can make coherent water and have endless energy and health… instead of saying that: end result, she was rambling on about going to the store, finding an adapter, blah blah blah.

She gave a millisecond to what she actually wanted, and immediately settled on a solution… as if that were the only path. Just like my mother, she worried about how I chopped the onions instead of envisioning a delicious meal in a plate, in her mouth.

I have read before, but no one heeds the command: tell the ‘universe’ what you want, and leave the how to it.

I think it was in Pam Ragland’s course where she compared this to ordering food in a restaurant. But when I observe people ordering in a restaurant, most everyone wants everything their way… and they are not shy to say so.

The trouble is: humans in their infinite arrogance can’t and won’t leave it alone, we want to have control over everything. I myself am often included, even though my humility is very high. (93%)

I want to be able to live, be self-sufficient, work as many hours I want to work, sleep well, and be able to walk to the grocery store or bank or hair dresser that all are about one mile from my house and walk back… i.e. climb the high hill I live on and be OK.

Till the rest of my days, however long that may be.

Why? I want to depend on no one. I want to keep my self-respect. I want to be able to be authentic when I teach, an example to my students they can emulate and be happy with who they are.

The desire to tell whoever/whatever I am making requests of, including myself, is to say how I want my result to be delivered.

So I limit the powerful one with the only methods I can imagine, from the limited perspective of the human mind.

Back to the student with the filter she wants to install: she never thought of the solution of asking other students to share what they’d done to install their filter, and there are two other students in the core group who had successfully accomplished the results she is after.

Of course, to prove my point, there is another student who has decided, long time ago, that it’s impossible to install that filter, so she is buying expensive Fiji water… instead of using her water filter… i.e. have it filter her tap water.

Whatever you want, you need to refrain, pull back from, take energy away from speculating on how it should be done, how it should be delivered. Everything you can think of is based on the limited perspective of your human mind.

Not surprisingly I have the same experience, client arrogance, when people ask me to do something for them.

People are trying to tell me how they want what they want, and that makes me want to return their money and say ‘shove it’.

Another way this arrogance manifests is this: you are not able to give credit. Not necessarily because you are a bad person: you can only see yourself.

The number that measures your arrogance is your about-me number.

You cannot see another for who they are. You see yourself everywhere, and hate what you see.

The biggest and hardest thing for me to be able to effectively coach people was to reduce my cataract of about-me. It is 7% now, which makes my coaching only 93% about them, and not about me.

That 7% also makes me want to interfere, at least a little, and tell the ‘who’ how I want my result.

And even that 7% is enough to render me quite ineffective. In getting stronger and healthier. In losing weight. In getting good sleep. In making more money. In living in a house where I am not restricted by another tenant.

So let me summarize it for you:

Your arrogance, your high about-me score prevents you from even knowing what you want.

You are too busy with what you need to do, instead of getting precise, pristine, and exacting about what you want to see happen, and why.

This is a lifetime issue for most everyone, and it is, of course, invisible for the onlooker, maybe for the person who is good at it too.

I didn’t quite see it until I saw it yesterday. And I have been coaching for 35 years… maybe longer.

It will be difficult in the beginning, but you can learn to do it.

I teach it in the Integrity workshop that is accepting registrations now, and until tonight, Friday March 5, midnight, you can get a 30% discount on the course. Then for a while it will be the price it is, and then I’ll raise the price every week until it gets to where it should be… a lot higher.

The coupon code is MARCH30