Soaring, the Magic, the magic that comes from Beyond cannot be forced… allowing is what works.

Soaring and what happens when you are in soaring is a lot like listening. 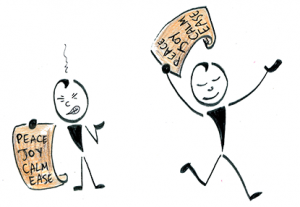 The listening that is more powerful than the speaking

People, I observe, are either forcing, or like a limp dick, endure, survive, suffer through. Passive. Ineffectual.

Of course, even in dance, on person tries to force the other, force their will on another.

By the way, as you are entering soaring, intentionally, so reality can change, and accommodate you in the direction of a better outcome, your thoughts don’t matter. Neither positive, nor negative.

Thoughts don’t change reality. All thoughts come from the mind.

And if you think, actually thing to try to help the beyond… it all comes down crashing.

I experience this when I want to download an energy, and someone on the call tries to help me. I, like a broken winged bird, drop from the beyond, where I went for the energy.

In my core group I now have three factions (I know it is a big word for a group of five, lol).

Soaring is about the next minute. And then the minute after.

Soaring is the state I can liken to a scene change in a theatrical production. Or a backdrop change in a photo shoot. You are the viewer and you can see it happening, but if you interfere, it stops.

There is no hurry on the creative plane. 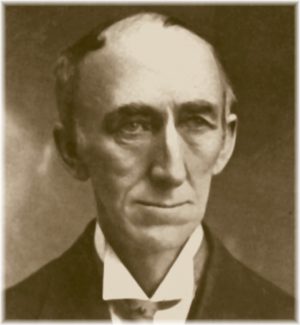 Creative plane, the expression comes from Wallace D Wattles, The Science of Getting Rich.

If you ask nearly anyone what that means, creative plane, they have no idea.

Marty Neumeier in his book MetaSkills says, and I am not quoting, I am telling you what I was left with: unless you can enter and be sourced by the Beyond, through feelings, seeing, you are going to be superfluous in the age of automation.

When in other articles I talk about the horizontal plane and the vertical plane, I am talking about exactly this. On the horizontal plane the only chance you have is to re-arrange stuff. Kill stuff. But nothing new can happen there. It is what I call the Valley of The Shadow of Death… A shadow world, the cave. The 1 percent world. Malchut with no access to the 99%, the Beyond.

Religion talks about the 99%, but the earthbound human listens with the ‘limited perspective of the human mind’ and drags beautiful things down to earth, defiles it.

They add ‘spiritual voice’ to it, but it has no wings, part and parcel of the 1%, the horizontal plane.

It’s Tuesday, and I read some of Rob Brezsny’s newsletter, as usual.

Just like my teacher’s, even though he is on the other side of the ‘political divide’, his vibration dropped from 200 to 100… he became an activist… ugh. a SJW… a social justice warrior, politically correct, and, not surprisingly, the quality of his horoscope readings because politically tinged, and from his mind, not from the Beyond.

He wasn’t in soaring when he wrote them. How sad. It used to be the highlight of my week to read his horoscope… not today. All kinds of activism is forceful…

And force shuts the window to the Beyond. The Light. The Beautiful.

Now, what should you do with this new information? Because if you can’t do anything with it, then it is just … cheap talk?

Well, you can. What?

A few things: you can practice allowing.

The weather. The noise. The behavior of others. The things others say. Your mistakes, stupidity, clumsiness.

It is a good idea to withdraw and reduce the number of things you need to allow.

If I were you, I wouldn’t watch the news, not even sports. Not even the weather. I wouldn’t read the news. I would leave the social sites, Twitter, Facebook, and other sites.

Allowing requires energy. The kind of energy that you have only a limited supply of. Will power.

Ultimately without allowing what is to be exactly the way it is, you won’t be able to enter soaring… ie benefit from the Beyond, the vertical plane, the creative plane where things are not frozen solid.

Not you, not others, nor things.

Where you can have a different future than the future you are heading towards.

The course is deceptively simple.

When you know how it works, it stops working. Why? Because knowing is a horizontal plane idea. You don’t know on the vertical plane. Knowing solidifies reality, and that is the opposite of what we want… even if you like the reality you solidified.

Remember the significance of the backdrop? The same two people sitting on a park bench against the starry sky, the New York City skyline, or the beautiful manicured hedges of a city park tell a completely different story, even though nothing else changed. The future of all three are different futures.

What is possible in one backdrop is not realistic in another… 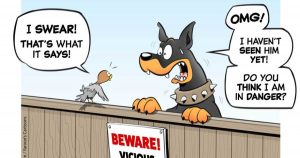 You want to master the art of changing the backdrop, the art of soaring.

Are there any pre-requisites?

None. This is my most ‘democratic’ programs.

And not only work for you, but can take you out of the limitation you live in.

Don’t forget, many diseases are opportunistic. Cancer, Parkinson’s Disease, Dementia of any kind, and probably many more. Opportunistic disease means: it has no other cause but a space between you and you. Nature abhors vacuum.

But her cancer cannot be eliminated with these physical methods: cancer is spiritual disease.

No matter what she’ll do on the horizontal plane, the cancer will grow and then kill her.

Instead, she could become a new person with the Soaring Method, and that person could have everything she wants, everything she complains about not having had.

And the could, at least, stop the cancer from growing further.

And then the healing energies she has access to eliminate the cancer.

Obviously I am not a doctor. I don’t pretend to be one. I am only channeling what I say.

What are the chances that you’ll actually learn to soar? To enter the soaring state at will?

If that is not good enough, I guarantee that not doing the course gives you a near 100% certainty that you won’t be soaring…

OK, you have four days to register. If you need more incentive, write back to me, and let me know what are your doubts.

I have a very cynical dude in the course. Cynicism is extreme distrust. Animosity even. It is fear based. The moment you allow your fear, fear of pain, fear of disappointment, fear of failure to be just that: fear, you can enter soaring. And he is ready… to his own and my surprise.

Anyway, if you need to be sold, this is not for you. No discount, no shiny object, no promises. Only the chance of becoming one in a billion who can and will soar.