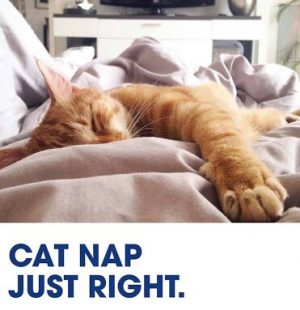 Just the right amount of sleep!

That is what I say when I wake up with a light-clock… its light comes on at 3 am slowly, and by 4 am, between sleep cycles. I wake up and have a choice to get up or to sleep more.

Today I got up. But I was very sleepy. It felt like someone inside, not me, wanted desperately to sleep more. It’s been an hour now, and the ‘person inside’ is still whining, insisting that i go back to sleep.

I learned to live like that from a Dutch dude who had made himself a millionaire with the extra hours he gained from the habit.

And later, I learned to say ‘Time to make the donuts!‘

Would that work for you too? Let’s look at that. 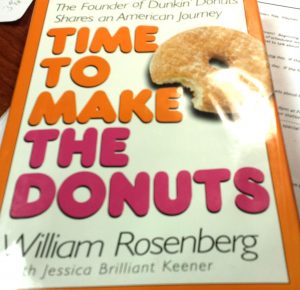 Your word is as strong and as influential in your life and mood and attitude and feelings as your integrity is strong.

If you, like most people, honor your feelings and emotions as reality, the answer is: likely my method won’t work for you.

If you, like me, honor your word as your Self… then the answer is: hell yeah. It can work for you brilliantly.

Yesterday in my core group we looked at integrity, and it was clear: as long as you consider integrity simply doing what you said you would do, your integrity level is likely nowhere near to where you can say something and your feelings will align with what you said readily.

The interplay between your feelings and reality is undeniable. But as long as you consider everything you say, out loud or in your head the same weight, your life will be outside of your control, and you won’t amount to much. And even if and when you do, you won’t be very happy.

You need to learn to tell the voices apart. You need to feel when you actually generate the words… or when they just slip out, flow out like water. 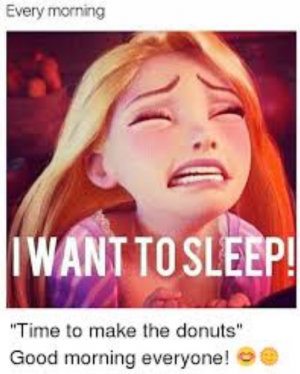 Was that something I intended to say, or did it just slip out?

I don’t think I want to create a reality in which I am actually stupid… so no, it just slipped out.

That is the first step to establish who is speaking: you or the voices.

And then, when you are good at that, increase the intentionality of your speaking… Make it a declaration.

Declaration is the kind of speaking that intentionally creates reality.

It doesn’t have to be bombastic, it can be really simple, like ‘Just the right amount of sleep!‘ or ‘It’s time to make the donuts‘

Eventually you’ll be able to use your words to increase your level of integrity, and to create yourself.

1. do things inside an empowering context
2. being/acting true to your values, Principles, standards and ideals
3. Be/act true to your Self… your INVENTED Self

Nothing hidden,
being truthful and honest,
doing complete work,
working from an empowering context, and
doing very well what you do; doing it as it was meant to be done or better, and without cutting corners.

Integrity is being true to your values, standards and ideals.

In other words, HONORING ONE’S WORD:

Honoring your word as your Self

I am teaching the Soaring Method, its first level, tomorrow again.

And suddenly I can see that the two courses, the Integrity Workshop and the Soaring Method are essentially the same course, as in: the outcome, ideally, is the same.

The Soaring Method uses your word to put you into the ‘soaring state’ which is an state of mind YOU alter… The strength and the duration of your soaring will depend on your integrity, i.e. the strength of your word.

The word, your word, can only alter you. Who you are for yourself. But because you are the center of your universe, everything changes when you change for yourself.

Until now you have been the product of all the words in your head, your own, and the words of the voices.

Everything other people have told you, good or bad, is only as influential to the degree you’re echoing them in your head.

But since I have been able to separate who is the ‘speaker’, me or the voices, the ugly things I have been echoing are just noise, whereas what I say, what I declare is law.

One other important thing we observed yesterday: 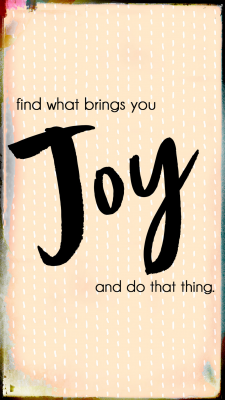 Joy: only when the context of what you are doing is joyful is that you are in integrity.

One could say that the screaming, hollering, hate-filled crowds of today’s social warriors have an empowering context, but I dare to differ. Hate, ‘passion’, vengeance, power-hunger, is not empowerment, it is quite the opposite.

Only what is joyful is empowering.

Joyful context is created. Everything comes with a context, in a context… there is no time when there is no context: without context you can’t even see something.

At the time of the arrival of the Spanish to the shores of America, the locals saw the ripples in the ocean, but they didn’t have a context for ships, so they could not see the ships.

There are tons of phenomenon you have no context for, so you can’t see it, can’t feel it, cannot hear it.

But you can learn to master creating contexts… and that will give you access to all three.

In the Soaring Method we do one thing and one thing only: we use word to create you anew… at least temporarily.

The higher your integrity level, the stronger your word, the higher you soar and the longer.

Not surprisingly, I say, the most important elements of integrity will be the above three: empowering context, honoring values, honoring word as Self.

But don’t forget joy. Unless it is all joyful, joyful YOU created, and YOU enjoyed, you can’t have integrity.

One of my students plans on a life path that has no joy. Why? She has invested too much in it to abandon it… and start something that would light her up.

I understand and i don’t.

Back in 1988 for reasons I don’t care to share, being an architect became impossible for me. I didn’t feel I knew anything else: after all I invested 22 years of my life in architecture. Unsaid thousands of hours, and now I was going to chuck it.

A friend gave me a book, ‘What Color is Your Parachute‘. First I doubted that it can offer me anything… but eventually I started to read it.

I did the exercise in the middle of the book, the segment that is the ‘Skill finder’.

It asks you to write up seven of your success stories, where you had a plan, you executed it, it turned out successfully, and you enjoyed doing it, enjoyed the process.

I had many more than seven. Since then I have done this exercise with tens of people, and found out that I was quite unique in having had successful projects that I enjoyed. Most people had one or maybe two.

But back to the skill finder. Every story needs to be written in a specific way: using ‘skill verbs’. All skills are doing-verbs.

A good story has 10-40 good skill verbs. Once the story is done, you look those skills up on the skill chart, and mark a hit next to the skill.

My skills ‘crowded’ in two areas of the chart: communication and putting ink on paper.

Architecture was all putting ink on paper. Coaching is all communication. I excelled at and enjoyed projects that involved both.

At first I thought: advertising designer… but then I saw that those people have to do what other people want them to do… I prefer working on my own ideas.

I settled on publisher. That includes both… and today I am a publisher. And I love it.

And truth be told: loved every phase of the ‘climb’… even the part where I was a massage therapist. I advertised my services (putting ink on paper). I screened prospects. And I had conversations with them while they were on my table.

The fact that I worked with my muscles didn’t change the fact: it was a profession of putting ink on paper and communicating.

Given that I won’t limit myself in what I teach: I include integrity strengthening exercises in the Soaring Method workshop… or a lot of people would be left out.

The average level of integrity is 1% in the world, in the United States: .5%.

Not nearly sufficient for soaring.

If your word has no power, then you need to strengthen it.

I ran, concurrently, the Integrity Workshop on the last Saturday of the month, while I was running the Soaring Method on the third Saturday.

The best result was for people who combined the two.