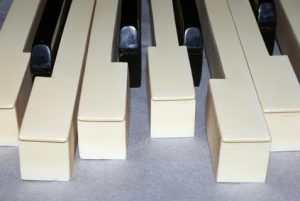 Harmony, joy can be destroyed by a consistently dissonant voice

I had been enjoying the New Tricks BBS TV show on Amazon Prime… until yesterday.

It’s an ensemble show, or better said: it used to be.

Ensemble means that every participant is there for both themselves and for the show. Desire to receive for the sake of sharing. Not a dissonant chord.

Then one person, for reason only they know, decided that he is more important then the show and the others, and the thing falls apart.

You can hear it before they even know it themselves… someone playing out of tune.

In this case it is ‘Jack’, the character, but the person is immaterial, the show lost its charm. Hopefully only temporarily…

I’ll probably stop watching the show… who needs a jarring, out of tune, no fun experience. Not me.

So here I am pondering it.

Because the middle name of almost everything that is happening in the world, in my personal world or in the ‘big’ world, is a lot like that production: one person, one group decides that harmony is not for them, they’d rather have everything about them, only.

Desire to receive for the self alone… in micro and in macro.

People, who as children decided that they were left out… Not seeing that it was them who were the disrupto 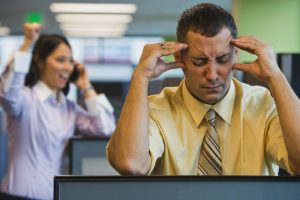 rs, the Trump in their family or community, demanding attention to themselves, instead of being part of the family.

And then they act it out, exactly the same way, for the rest of their lives… I call them The Slighted Ones.

If and when they register in one of my classes, I eventually take them out and peace and harmony returns to the group.

I value harmony. In harmony there is also synergy: where one plus one is not two, but more.

In disharmony, more than half of all the energies are spent on arguing, justifying, attacking, not on what there is to do… even if it is just living that has to be done.

When at 17 I decided to avoid the ‘busy’ times in the family, in essence I avoided discord, disharmony. 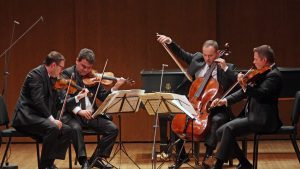 My mother was one of these ‘slighted’ people, and there was always turbulence around her.

And in spite of her considerable talents, degrees, she hardly amounted to much as a person. My two brothers took after her.

I luckily took after my father who was calmness and workability. A we-person. I often think how much fun we could have now that I have so much more understanding about people and what is happening inside them.

It’s obvious that there is something, a lesson, I have needed to learn forever and haven’t… Maybe this is what’s going on: I am finally seeing that lesson, although I haven’t learned it yet, at least I don’t think I have.

The lesson may be how to be in a world of discord, and be an island of peace? How not to get jarred, frazzled, hooked by others’ discord?

I have now learned how to be untouched by the voices, whether they are from the inside or the outside… And that is very useful in these ‘interesting times’, interesting as in the Chinese curse: ‘May you live in interesting times.’

But I haven’t been able to not tense up from the energetic surges and discords of others… So maybe that is the lesson. Muscle test says it is possible to remain a Walled Garden, energetically. Walled Garden is a buzzword nowadays… quite outside of my understanding, so that is probably not how I mean what I am saying.

What are the common characteristics of all the people and all the groups that are disruptive and disharmonious? 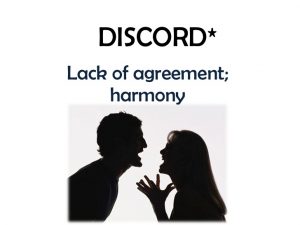 There are a few numbers in the Starting Point Measurements that point to that mindset and that behavior.

#4. your soul correction (your machine): https://www.yourvibration.com/sc

#11. Your about-me score, also the inverted number of humility: %

#17. how enslaved are you to the Tree of Knowledge? (what percentage of your life is run by memes/untruth?) %

#35. Where are you on the narcissistic scale? %

If you ‘tick’ all these five, you are probably disruptive, and cause disharmony.

Sadly, when I look back at the people, past students of mine, who could not tolerate harmony, were all of the disruptive persuasion.

All had ‘should’ rackets.
All had high about-me score

At the present time 70% of humanity has a should racket, and only some of those people have enough reason to change.

Why change? Because with a should racket you can’t be happy. You can’t really enjoy life. Because all that, happiness, and joy depend on harmony… And your racket doesn’t like harmony. It likes chaos… even if YOU don’t.

I have been having a higher success rate assisting people to transform their lives into more of a symphony than a jarring cacophony… Higher even than expected by me. Most disruptors arrive to me after trying out many other modalities. I’ll compare a few in an article soon…

If you would like to get your measures to see how you compare, you can.

Here is the link to get it.