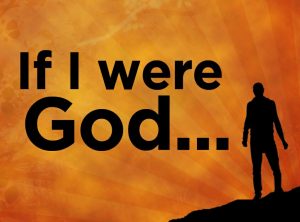 If I were god…

If I were god and my creation didn’t function the way I envisioned, what would I do? Would I try to start over? Would I send in a repairman to fix it?

Whether I would be a powerful god, or a lesser god, reality and its rules would apply, and that is bad news.

You can’t change something from the outside. You can create it, but once it is done, it has its own rules, and can only be changed from the inside. 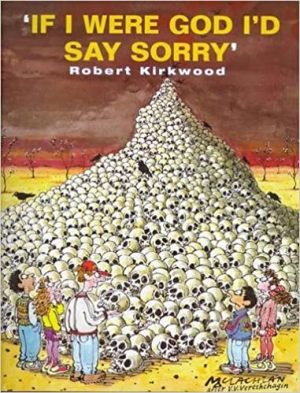 So if I were god, you know the god who created all this thing we live in, I would send in a repairman to live with us for a while and see what needs to get done from the inside, what can be done, so my creation would work the way I envisioned it.

Go and live in it for a while… I would tell that repairman, and see if it can be fixed.

Undercover job, if I have ever seen one.

When you look into the abyss the abyss looks into you.

Some things cannot be fixed. You need to wait for it to run its course, annihilate itself, and you can start with a better design.

So how do you get a better design? Well, you need to send another man, this time not a repairman, but a designer, who can suss out where the original design went wrong, and suggest a new design where that design flaw will be absent.

You, the god, would root for that designer, give it as much support as you can, but let them know everything, from the inside and from the outside, so they can come up with the new design that hopefully will solve the issues that surfaced during the millennia this design was malfunctioning. 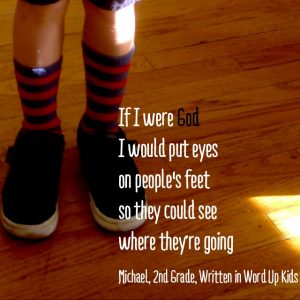 Keep all the good and suggest a redesign for a bad, the evil, the dysfunctional, the self annihilating species.

I wasn’t the repairman… If there was one, he gave up, because he saw this species cannot be repaired.

I have been the designer, and I have done my job… and now I don’t know what to do with myself. I have some time left and I need to fill it with something meaningful, fun, enjoyable, and maybe useful, however long it may be.

I have been feeling the end of the project coming, and uncharacteristically I started to self-destroy… eating stuff that I could barely survive, for example.

It would be easiest for me to just be killed… but this is not likely to happen.

So after a fortnight of self-destructive behavior, I am ready to man up, and design a not divinely assigned life for myself: where my only job will be to have fun, be productive, take care of my health, and do honest business with people who seek me out.

My job, on this windy Sunday will be to invent a new context, inside which I can do what I do, and be happy to do it, even though I will be just one of the many… nothing special… Not divinely ordained. 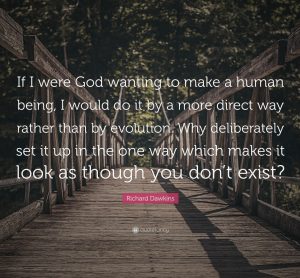 Thank god I am good at inventing empowering context… so I don’t actually have to learn how to do it, which is not something I can say about my students.

It’s an invaluable skill that can transform any life into a life that is meaningful, satisfying, and enjoyable, without fail.

Instead I want you to learn to craft a context, like it’s nobody’s business.

The skill of creating context for any situation in life is the skill of winners.

In fact, in reality there is no winning: winning only exists in words… as does context.

And because all of your life, I repeat ALL OF YOUR LIFE stands of falls on words, you better learn to be skillful with words, so you can have a great life.

The hardest thing you’ll ever try your hand on.

Why? Because your meaning making machine, the mind, wants to be the only one who creates with words… So you need to overpower your mind. Really…

The little voices, the berating mind, the optimistic mind… it will all work out…

All of those are THOUGHTLESS word vomits… Context is crafted with thoughtfulness… and the mind is not capable of that.

If you are 100% owned and governed by the mind, THE DARK SIDE, then don’t even bother, you’ll probably spin your wheels, but get to no place.

You know who you are.

I, of course, teach context in my live courses, but there are no live courses open that you can register into… So you have to settle for a recorded, home-study program. I have two recorded programs where I taught crafting context. I am bundling them up for the purposes of creating a really strong course for you.

Half off coupon code expires April 4. the code is HALFROCK

Get context to make your life great by design