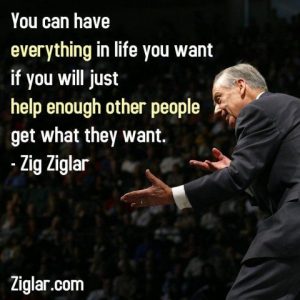 Why do we need this commandment? should’t you thrive to perfection?

No, you shouldn’t. Measuring yourself against perfection makes you look and feel inadequate… and therefore you stop generating anything.

Money is a value exchange. And for value to be there, what you exchange for it doesn’t have to be perfect, it just needs to have value in the eyes of the purchaser.

The Fourth Commandment: Do Not Pursue Perfection… 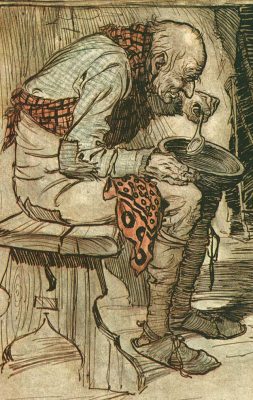 One night, the emperor, as it was his habit, dressed in tattered clothes, roamed the streets of his capital, wanting to find out how his people lived, how his people thought.

In the south side of the capital, the poor section of town, the streets were quiet, except one house… he heard someone singing there. He peeked through the window and saw a man sitting and singing at his table.

He knocked on the door and pretended to be hungry. The man invited him in, and fed him. The emperor found out that the man fixed shoes in the street, and earned every day just enough to eat that day.

‘But how will you manage if something happens to you or you get too old to work?’ asked the emperor.

‘Oh I do not worry about that,’ the man said happily. ‘I know God will provide a solution.’

The emperor was curious, so after he went back to his palace he issued a decree to make fixing shoes in the street a capital offense… The man, suddenly out of a livelihood contemplated looking inward and said, ‘God, I am certain that you will provide a solution.’

As he looked around himself he saw a man with water jugs on his shoulders. I can carry water for a living… he said and with that he become a water carrier. He carried water from the town well, and sold enough to buy food for the day.

That evening the emperor returned to the man’s house.

‘How are you?’ he asked. How did you survive the new law?’

‘God provided for me today,’ the man answered happily. ‘One door closed, but God opened another. I am now a water carrier.’

The emperor went home and issued a new decree that carrying water for pay was not allowed. So the man looked about him, he saw men going into the woods to cut trees for firewood. Thus he went with them and made enough for food for the day.

That night the now familiar scenario happened, the emperor checked on our man, and found out that he found a way to make a living… again. So he went home and ordered all wood cutters to the palace. When they arrived, our poor man among them, he issued guard garb for them and a sword. He promised to pay them at the end of the month.

Our man had no food for that day, and no way to buy food for the whole month. He didn’t know what to do.

But then he looked at his sword and had an idea. He made a sword out of wood and sold the sword itself. He got enough for it to buy food for the month. The emperor, visiting again that night, was very surprised when he saw the man singing and eating as if nothing happened.

He found out what the man did. ‘What will you do if you get found out?’ he asked

‘We’ll cross that bridge when we get there… I don’t worry.’ the man replied,

At the square, the emperor picked the man to have the honor to cut off the man’s head.

‘Please, don’t ask me to kill,’ the man pleaded. ‘I have never even killed a fly.’

‘Obey or join the condemned!’ cried the emperor.

The man closed his eyes in prayer for a few minutes and then called out loud:

‘My God, you know that I have never killed in my life. Please, God, let my sword be so very sharp as to kill him in a single blow, if this man is guilty. But let my sword turn to wood, as a sign of his innocence, if he is not guilty.’

With thousands of eyes watching his every move, he pulled out his sword of its sheath, and held it up high. The crowd gasped, then applauded and celebrated when they saw the wooden sword. They saw a miracle of God.

The emperor confessed the man that he was his visitor in disguise, and invited the man to come and live in the palace in riches as his trusted advisor.

The man, preferring his independence thanked him, but he preferred to live his own life, and provide for himself…

Perfection is boring. It is an ideal. You can set it up high, on a pedestal, worship it, and allow life to pass you by. Many do.

You could wish you were perfect… and you’d die of boredom.

Life is about becoming all you can become through producing value…

…first a little, and then a little more every day, growing yourself while you grow the value.

When it comes to making money, you need to first think about what you want to be offering in exchange for money.

Your ability to do something for others, to teach something toothers, or give to others…

When you contemplate your ‘product’ it is easy to think that it needs to be perfect… but no one needs perfection, even if they say they do… You don’t need it, and they don’t need it.

In fact when I look at my student who don’t produce, one of the attitudes I see is that they think a perfect sentence, a perfect sales letter, a perfect business plan, a perfect this or a perfect that should pop out of their head… before breakfast… And when it doesn’t, they quit.

The never produce anything of value, because to produce value people will be willing to pay money for needs to be at least usable… and for that you have to go through bad, lousy, worthless, clumsy, useless… before you can even get to usable.

Break up the task to stages…

I am in the middle of a course I just bought to train myself to write better articles.

It teaches what I have never heard anyone do before, what none of my students even contemplate: do what you need to do in stages.

Generate ideas… or if you have one already, start putting down some stuff… a possible structure, what you think it needs to have… and then go to sleep.

Then expand on it the next day… but don’t attempt to do the whole thing in one sitting: if you are new to it, it will make you want to quit.

But seeing that I can start with a list of topics, and enrich and add detail, and add more topics and subtopics and some stories before I even write one word for the book, makes it look something that I could tackle…

Will I do it? I don’t have a fire in my belly, but I may do the prep work just to see if I have enough to say about any topic: I am curious. 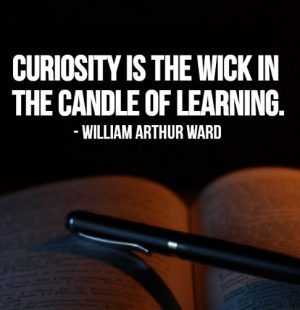 And curiosity is a great motivator… I want to know… Why? It just is…

Now, if I wrote that book: would that be good? I doubt it. It would be, probably, at least a tad pedestrian: in my world pedestrian is a very very very low compliment…

But unless you are willing to produce lousy, you will NEVER produce anything good. And you will be poor, my friend.

Intelligence is learning from mistakes. Of course, for that, you have to be able to see that what you have done was lousy… sub par… not good enough… but… listen up! don’t make that a reason to quit.

You can’t get better if you don’t make mistakes.

Once your product is close to acceptable, somewhere between lousy and good… put it out. Sell it, or gift it, so you can get feedback.

The ‘improved version’ on labels show that even good can be improved upon. You need to put out your ideas and your stuff to people to see and use and give you feedback. 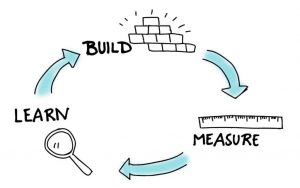 There is a dude, a software developer, who has been around for about 10 years. For a while I bought everything he put out on the day he put it out, and I realized that although it sounded good to me, I literally installed and uninstalled his software, 15 or so to date, on the day I bought it.

It sounded valuable, but it wasn’t… Not to me.

Have I given him feedback? No, never.

It is more important to be on a feedback loop based improvement curve than to polish your stuff to perfection, stuff that maybe nobody wants, or nobody can afford to buy.

If you want to learn the behavioral, thinking, spiritual aspect of money, that is what I’ll teach in the More Money Workshop… lost of exercises, lots of new ways to think of money and value.

I have a waiting list set up with valuable goodies. I will invite the people who are on the waiting list to participate in the course when it will be scheduled… Probably the second part of May and the beginning of June.

To sign up to the waiting list and the goodies in it, you can do it now…

I just added a new bonus if you sign up: a special class to deal with neediness, neediness that prevents you from what you want as surely as anything.