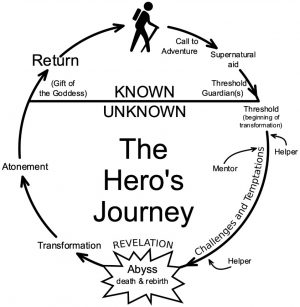 It’s human nature to be fascinated by a hero story. Hero stories create hope, because they create an illusion that the listener can be a hero too, can get the girl, can get the millions. People buy, based on that hope, nearly everything.

The Hero’s Journey tells a story structure we all love. Joseph Campbell made it known and famous. Movies like Star Wars, books like Harry Potter, and even comedies like Anchorman follow the Hero’s Journey steps.

Most hero’s journey is b.s. I have the habit of muscle testing the story that sucks people in, and thus far only 1% of all these stories tested as true. So people are lying, and you are buying… Buying what they have to sell, whether it works or not, whether it is a good match to your strengths or not…

Instead of using this space to knock all the fake gurus who lie, I’ll tell you about a real story… if that is OK with you. 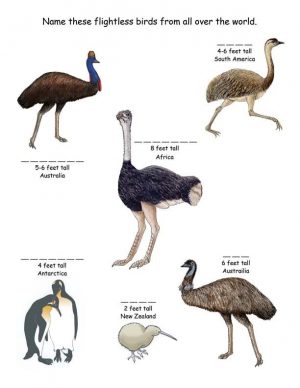 I have been dreaming, wishing for a different kind of following for many years. What kind? The kind that don’t need me… lol.

I don’t have a god complex… although when you read: god helps those who help themselves… I am a suspect: I want the same thing as that god person wants.

If I had to use an analogy: I have been wishing for birds who could fly, and with all I know, I would be able to make them soar. 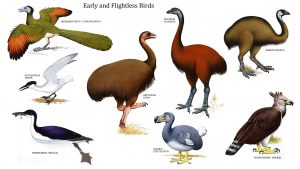 Instead I have been attracting, mostly, the flyless birds, the ones that knew that they were meant to fly. And, of course that is a near impossible task, hard, and often hopeless, but not impossible.

Just like myself, in the original Werner Erhard slogan: A world that works for everyone with on one left out… they are attracted to me because they feel left out. 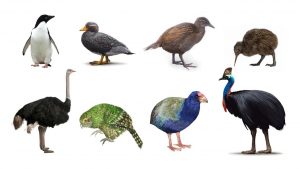 There is nothing to be left out of… it is a feeling. And a meaning. And because our world brings us what we say we are… even if you looked at our lives from the outside, you would notice, if you have eyes, that somehow we ARE left out…

Left behind, ignored, not paid attention to, not belonging to the winners’ circle, to the winning team, to the hip clique at work or in school.

And people sense it and treat you the way you expect to be treated.

I went to one of the monthly class online reunion of my high school class twice, last December, and in January.

In Hungary you call your class the people who you did most of your actual classes with, sat day in and day out in the same room. In my ‘year’ there were three classes, a, b, and c. I was in class b… we were the science class, lots more physics, mathematics, biology, chemistry than the others.

I joined this class when I was 16, after I was expelled from another high school for my behavior. I was class clown, mocking the teachers… I still do… no respect for authority.

I went from being an A-B student in the old school to a C student in a hurry in the new. They actually studied, these people…

At the end of the year they asked my father to take me somewhere else, but my father refused. So I buckled up, and went, in two years to become top of the class. No one noticed it. None of my class mates. I am not a flashy winner…

Anyway, fast forward to the class reunion, 55 years later, I am treated as the class dunce… everyone tries to teach me as if they were smarter than me. I muscle tested and my IQ is 50 points higher than the smartest one there.

I went back in my memory and I realized that I had never had a conversation with anyone, except one other ‘left out’ girl in class in the almost three years I was with them.

And I have no desire to have a conversation with any of them, so I never went to a class reunion again.

But being not part of the class wasn’t anything new to me… it all started with the family.

My mother treated me as a pariah, an untouchable, except for bodily punishment or use… of course.

This is one thing that cannot be changed. It is the essence of ‘you can take the girl out of the ghetto, but can’t take the ghetto out of the girl’. I am surely going to behave like I am left out…

Interestingly, my older brother behaves that way too… I don’t know his story, but he does behave like that. And now that I am looking closer, and muscletest it, my younger brother: ditto.

My most favorite stories

And given how often these kinds of stories are made up and uses as ‘click-bait’ in sales letters, sales presentations, the number of people who attend these are a lot like myself: they feel left out, left behind, and up against impossible odds.

Turkeys… at least in their own mind. 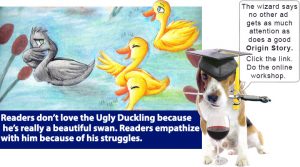 Another inspiring story, the fairy tale of the ugly duckling that turns out to be a swan… 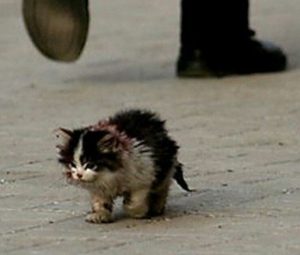 There is a third story, the story of the ugly cat…

OK, I feel I am losing you: but here is the dividing line: part of the people who feel left out blame themselves, the other part blame their society, their peers, their parents.

Another way to look at this crowd: they are either take on stepping out of the shadow or not.

I am of the second persuasion… I did come out of the shadows.

Now what does this mean to you?

Another way to see which group you belong to is this:

Are you expecting me to wave my magic wand and make you successful?

Students who did… belong to the first group, the group of people who I cannot help. Why? Because it takes work, it takes stepping over your own shadow, it takes humility, willing to embrace your dark side, and if you are entitled, you won’t.

Oh, they are no longer students.

Students who know they need to do the work, and either do it or don’t… there is hope for them still.

And maybe that is MY job, because I don’t just have a great rags to riches story for public consumption, I actually have had a life with tens of valleys and flat-tops to have trained me and given me the knowledge that can work as the lever you need to make you, finally, move.

And I also have another secret weapon that others don’t have. I can muscle test whether the direction you have chosen for yourself to tackle is a good match for your personality and your strengths.

Muscle test says he won’t. His strengths don’t align for that future.

Muscle test says ‘no chance’. Her strengths don’t align for that future.

So having two secret weapons… the method to strengthen your TLB, to fatten up your GABA fibers, and muscletesting, I am certain that if you are willing then we can make you a flying bird, my dear. Someone who can be proud of your journey because you won against impossible odds.

By the way, you can be on any level, like I was.

And yet I can… Why it doesn’t allow me to fantasize? I don’t know. But between you and me: I am better off for it… because I know and act accordingly: only what I do matters… no one will give me anything, no one will make some future magically appear.

And that, knowing that if it is to be, it is up to me, puts the fire in my behind… and I do what I see is needed to keep on growing.

Maybe this is why Psycho Cybernetics didn’t work for me.

If you are a fantasist, a daydreamer, you most likely belong to the group, ‘the ones who can but won’t, because they feel they don’t need to’.

I can’t see the future… I design, I plan steps I’ll take towards a future I want.

If you have enough self awareness, you know which group you belong to.

Several of the measurements can be altered with the GABA fibers strengthening method. The two crucial measures are

20. How teachable/how coachable are you? %
30. Do you have enough energy to do the work? yes/no
37. Can you let go of self-concern? yes/no
38. Do you have a should or shouldn’t racket? should/shouldn’t
40. Can you plan long range? yes/no

All the rest of the measures can be grown.

I am creating a group where 1. you will get instruction, coaching, guidance, 2. you can be tracked if you are doing the steps that strengthen your GABA fibers, or not.

If you follow the instructions, if you don’t resist (much), this group and this methodology, over time, can take you to a place where you’ll have a direction, and you’ll have the high enough TLB to even continue on your own.

The cost: $16 a week. The first week’s payment will buy you a starting point measurement, if I don’t already know you.

I’ll start the group with as many as register… If you are already in, you can come to a live call. If you can’t make it, you’ll get the recording.

A ‘social’ site is being built for me, but it’s not ready. So in the meantime we’ll use a forum that I have already set up.

Meeting times probably will be on Wednesdays. Probably mornings… my time.

I call the group ‘hero’s journey’.

Enroll in the GABA program…
if you don’t yet have your starting point measurements, I’ll measure it for you for the first week’s payment