The signup to the Carrot and Stick webinars has started. This has prompted me to write this article.

I have to fill a whole lot of Heaven on Earth aka Sleep Rescue bottles to ship to Amazon this morning. I overfill every bottle, a lot of it spills over.

I claim that I can’t… I am simply unable to be precise, controlled, and fill a darn bottle exactly to where it is supposed to be filled.

I look what’s missing and I see that keeping my attention on the bottle I fill, being steady and attentive is missing.

I see that if I proved myself that I can do this, in spite of my history, then I’d have to admit a lot of other “can’t do’s” as a lie.

Can’t do is just one way we avoid doing the things that we said we’d do so that we can… whatever.

For most of us it’s about having a great life, self-respect, self-expression, having a sense that our life makes a difference.

If we are already talking about excuses, one other excuse I hear from enough to know that it’s an excuse: I don’t understand. Yeah, I got it… you just wiggled off the hook, buddy. Or “I got too busy with other things…” now, why are you wasting my time and yours?

A machine would not do any of that excuse stuff, would it?

Some (most) “modalities” say that it is your belief system that is to blame. My experience has been that your belief system, or wrong beliefs have nothing much to do with what you do… they may be justifications as well. The type of “I don’t have the ability” or “I am too stupid to understand” type… but I haven’t found any truth in that. 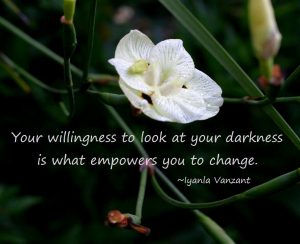 To me it all boils down to willing and unwilling.

One of them is this: if you can, why don’t you? And if you can do this, you probably can do that too… just try.

Many of my students live inside of “don’t tell me what to do.” Another type of unwillingness, with marked resistance, belligerence, tight chest, etc.

My father told me, I don’t remember the occasion, something like this, loosely translated from Hungarian:

Let yourself: you will be all the faster free…

Now, as a child who was raped and fought tooth and nail to free myself, I received this advice as if it meant that I should allow anyone to rape me. I made it mean that my father didn’t love me. That he wanted me to be miserable.

But by now I have realized that actively resisting a task that needs to get done, a bitter pill that needs to be swallowed is a total waste of time and energy. It is a waste of your life.

Once you identify the necessity of the action, you can just take it… and cry later: you’ll have plenty of time to do it, or to do things you love to do.

But, of course, you resist (with a lot of energy, by the way) and then you are too tired to do anything.

In the course that I am preparing with the free webinars, we are going to go deep into this resistance, into this lie, and find our real self buried deep under it.

One of the insights I have had is that vagueness leads to sameness… meaning, if what you need to do, be, see is not distinguished enough, you will never be able to do, be, see correctly. And example I experienced is Aikido. In Aikido you are taught to respond to attacks without resistance. But, of course, resistance is natural, responding, reacting is natural. So in Aikido they don’t stop by saying: don’t resist, they teach you ways to put the energy that you normally put into resistance into winning, another action. 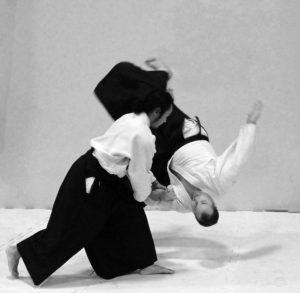 The experience is counter-intuitive, but addictive. You feel powerful and beautiful. I will attempt to take you there in this course.

Now, if you think you would love to do this course live in probably February, you want to get a head-start on it: I won’t accept anyone whose vibration is not at least 200. There are no such restrictions for the free Carrot and Stick webinars.

If your vibration is under 200, you are not going to be able to see what you need to see. Don’t be mistaken: your ability to perceive, to catch, to distinguish depends a lot on your vibration.

So what should you do if your vibration is lower than 200? The Foundational Bundle, the Heaven on Earth, the Energizer, the Harmonizer, and the Unconditional Love Activator and getting used to be coached will take you there, guaranteed. You’ll get intelligent, perceptive, and willing enough for the course.

Will the course work for you? Will you be able to become a person who can take risks, who can be told what to do, who can be guided by me or by your Soul? I don’t know. It will be up to you.

There are no magic bullets.

1 thought on “The Carrot and Stick Method, or what’s between you and doing what you need to do, want to do, dream of doing?”