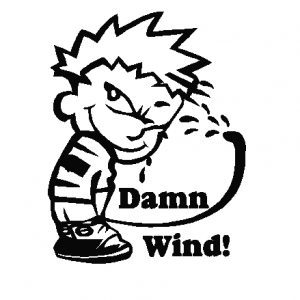 Some 50 years ago I had a boyfriend who was a philosophy student in Hungary. I typed up his dissertation, and misunderstood a word: because in my worldview the word he wrote didn’t exist…

I am editing my chapter in the upcoming Entrepreneur’s Code book and I just got an insight.

Anything that doesn’t agree with your worldview will show up differently that it’s intended, as the word I mistyped 50 years ago.

I watched a few videos over the weekend, my first weekend in a long time when I wasn’t booked one way or another, to lead a course, for example.

I intend to understand what is happening in the world, and what it is that I can do about it. 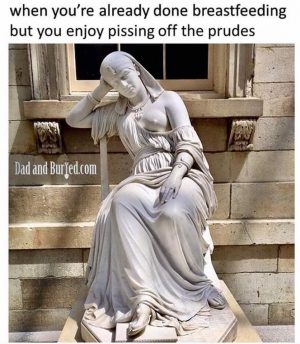 The feeling is eerily similar to what people were experiencing around 1938’s Europe, whether they were Jews or not…

Tai Lopez’s grandmother decided to emigrate into the United States… few were as decisive and as intelligent as she was. Most dawdled and procrastinated until there was no way out.

My own family didn’t even know… Hungary, being an odd language, much like Gaelic that rendered Scotland inferior until they rose, Hungary was much cut off from the world, and Hungarian Jews didn’t wake up to the threat until it was too late.

My ‘journey’ began with an article written by an American, published in New York Magazine. I sent a link to the article to my older brother who read it and answered: Absolutely true.

Will he do anything? I doubt it? Why? It is a worldview thing… Will I do anything? We shall see. I have a plan.

The second thing was listening to two video by a former(?) KGB agent, Yuri Bezmenov, now a Canadian citizen (I assume) who lectures about the subversion of The Free world… very eloquent, very clear, and in my humble opinion, completely ‘pissing in the wind’.

Because people cannot act outside of their worldview.

If you have ever considered yourself restricted and blamed others, the system, yourself, you were off… it is your worldview to ‘blame’…

And as painful for me as it is, given what I have given my life to, changing one’s worldview is near impossible. I have, because by some ‘grace of god’ I could see it.

How many people can see their own worldview? About 1% of humanity.

Can you change your worldview without first seeing it? No, says Source.

How many of those that can see their worldview can change it? One quarter, says muscle test. So One in 400?

How do you know you have changed your worldview?

What was necessary, maybe even a must, behaviors, are not necessary.

For example pretending. Or beating yourself up. Or blaming. Or avoiding.

Every course I have ever lead is an opportunity to change your worldview… Have you?

Your worldview is your prison… and unless you are able to break out of your prison, nothing else is available.

Yelling, complaining, protesting against your prison is useless.

The very few people who have changed their worldview, the Buddhas, the Nelson Mandelas, the Saint John of the Cross… prove that the Dark Night of the Soul is needed for one to elevate oneself above one’s worldview…

In my experience this, the Dark Night of the Soul is not a one time event, it is a series… at least it was for me.

I literally don’t know anyone who is willingly submitting to that level of suffering.

Eckhart Tolle regales himself going through that once.
Osho: ditto.

You can call it enlightenment… and maybe it is, maybe it isn’t… If enlightenment is a nice word for being able to rise above one’s worldview and see it for what it is, and… gasp, be able to stay above it… then yes, it is enlightenment.

But if you look at a fish that jumps out of the water high enough to see what he was swimming in, gasping: ‘water’ then fall back into it, and that is what most people would do… see something one minute, completely not see it the next… I would not call it enlightenment.

Unless what you saw is now part of your new worldview, then hell, nothing changed.

Muscle test says ‘no’. Although religion is part of a worldview, it is not the whole worldview… Worldview is how you see the world, reality, Life, other people, and yourself…

The method that causes the most clarity is distinguishing.

In that methodology you are only talking about what something isn’t… a lot like in the ‘strait and narrow’ of the Bible, or in the Anna Karenina principle, or in the Michelangelo Method… chipping away everything that the thing isn’t…

Not for the simple-minded… Not for most people.

I have started the Distinctions podcast to create a weekly conversation all distinguishing something that hasn’t been and it’s missing for most people.

It’s not free… but it is inexpensive.

I have two podcasts, one is more difficult, the Sunday Rants, because my partner on that call pretends that he knows everything… But on the Distinctions podcast Bonnie is willing to ask questions, not understand, not be clear until she is… and that is her gift, I hear, for the listener.

You can get a PhD level education (if you are ready) through that podcast.

Can it change your worldview? I don’t think so. Can it make you successful? I don’t know.

As in everything, the listener has all the power.

I go to some of the calls where I am the client creating the context: I’ll get my life out of this call… and lo and behold: I do. Other times I expect to be given something: and I get nothing. I know that I am responsible for what I get… not the speaker.

It wouldn’t do anything for you.

As I listened to the call I felt the audience, some 300 people… not one of them got the enormity of the threat… to their freedom, to their way of life.

If you want to listen in and experience the power of distinguishing, you can sign up to the podcast.

Get access to the Distinctions Podcast
PS: I bought the book and audiobook by Robert Greene, The Laws of Human Nature. I am appalled at it. it has illustration after illustration how bad we are… no distinguishing, just a hodge podge of stories… but if you want to read it or listen to it, contact me, and I’ll share it with you.