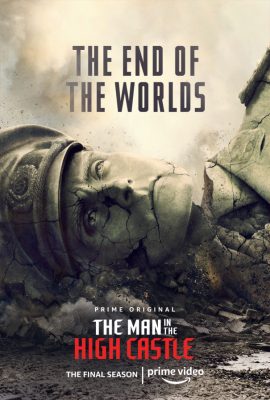 the energy of either you or me…

The energy underneath between arguing factions about race, about rights, about equality, about sex, about just about everything.

The energy of ‘my way or the highway’, the energy of the Oracle that is always right, the despot, the authoritarian, the fascist, the dogmatic, the self-righteous that used to be occasional but now is the norm.

The energy of the villain…

The end of cohesion, cooperation, community, the end even of family.

The whole world, all of life, reduced to black or white, this or that, right or wrong, my way or your way, the beautiful or the ugly.

Systemic view of everything.

What is the systemic view?

The terminology comes to me from Robert Hartman.

A rare German who didn’t fall into that same systemic view of the world trap back in Germany… as the rest of the Germans. He left and emigrated to the United States in 1941.

He saw the direction his world was going already in 1938 when Hitler annexed Austria to Germany, the Anschluss, and it became clear that Hitler and his followers saw the world in black and white… right and wrong.

He wasn’t Jewish. Instead he was a sane person in a world that was rapidly descending to madness.

Later he developed a whole methodology to measure how values are viewed, recognized, and honored… Axiology. 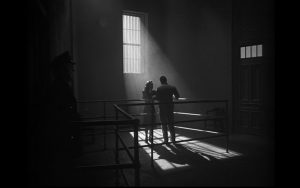 The lowest level is systemic… The world and all its immense variety is looked at through a binary filter… and nothing else is seen. A person on that level may give lip-service, may use words that belong to a higher level… as part of a pretense where they are better than… So comparison: I am better is part of the systemic level of worldview. 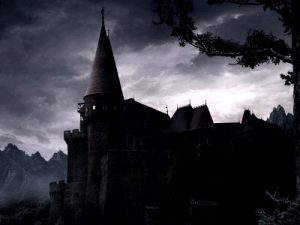 Because it is a worldview.

Anything that cannot be seen inside a binary filter is completely ignored as if it didn’t exist… because in one’s personal reality it doesn’t.

If we want to show what and how we relate to life, the three circles will be very useful. 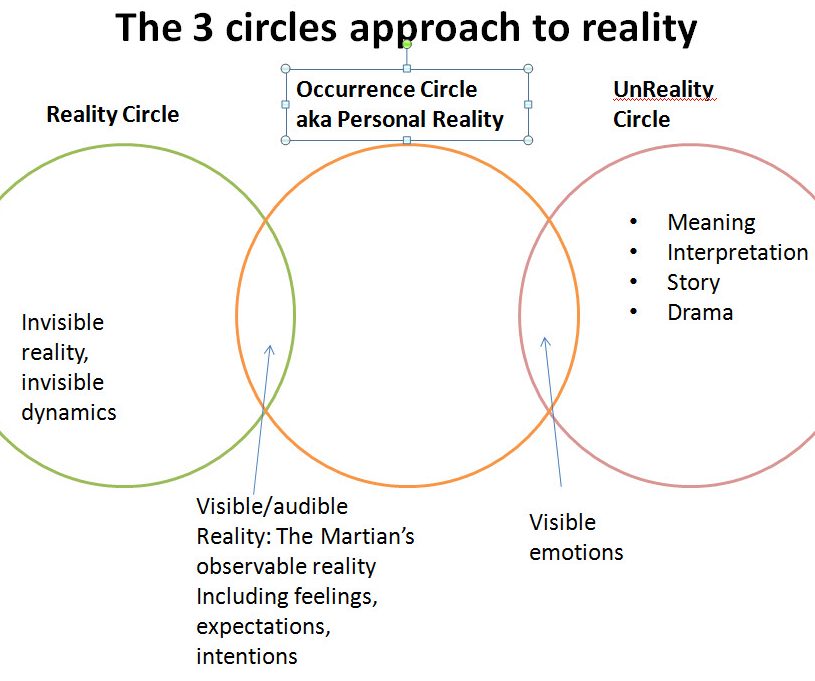 It has a little bit of reality and whole lot of what one said. 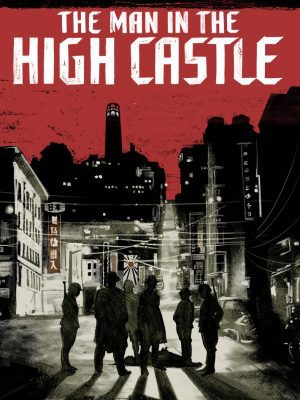 If you, like most of people in the United States right now, see everything through the filter of Black or White… no grays seen either, then your occurrence circle, your life, your life experience, your personality also turns into that Hitlerian formation…

How can you know that you do?

One of the ways you’ll know is that you have very clear ideas about what is right and what is wrong. You’ll know because your favorite thing to say or think; I agree, I don’t agree. You may not use those words in public, but if and when you find yourself explaining and justifying… yeah… that is another way you know. 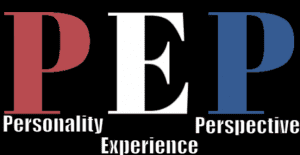 If your value for the world comes from your PEP, Personality, Experience, and Perspective, you can see that all three will now be colorless… and your value in the world is less and less the more you see the world through that filter.

Energetically the filter is called Vine. You do it or else… My way or the highway…

Unless I can have this I won’t… won’t do anything, won’t be happy, won’t this or won’t that.

If you are already in that abyss, you probably can’t see or appreciate what I am saying. But… If you can see that it is YOU and not the world, if you can SEE even just for a moment, that you don’t see enough of the world… then you should continue reading this article, because your ladder to climb out of this dark place is available. To you. 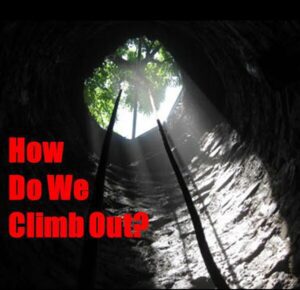 So how can you climb out from this black and white world where there is color, and joy, and myriads of things to get excited about?

Like with anything that requires climbing, you’ll have to go gradually.

I will recommend that you use either the Vine audio that has the energy of the black/or white filter, or use the audio of the Heaven on Earth… the HOE… to help you energetically, but that is only part of the solution. The energetic part.

So the level of values, above the systemic, is called extrinsic value.

The first things I suggest that you start to see is what is outside of good or bad. 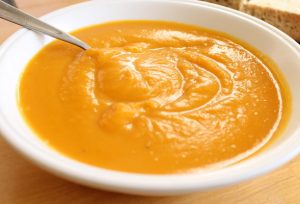 So what can you see about that bowl of soup that is outside of good or bad? It is maybe colorful. It is maybe thick, it is maybe salty, or sweet, or spicy. It is maybe chunky, or interesting, or hot, or foreign tasting.

You get the drift? All of those adjectives are outside of the systemic black and white level. None of them mean good or bad… they are characteristics of the soup.

Obviously you want to bring this same new way of seeing to everything, including yourself, society, the weather, other people, even my article… lol.

Once this level is easy and comes naturally because you actually do see without prompting the variety of characteristic of reality, you could graduate to the third level to view the world from, the intrinsic value level.

Most of you won’t. Giving lip service to it won’t get you there.

The job is to see…

The Vine energy can only take you as high as your vibration and your DNA capacities allow you to go.

And what you see depends on your vibration and your Sight capacity being activated.

Diligent use of the HOE or the Vine audio will allow you to go to where you can see more than before.

Now, I have some bad news to those of you who were recording the short audio in the mobile… so you can loop it.

The energy does not transfer to your new recording.

This may piss you off… but if it does, please know that that is one sign that you are deeply in Vine territory… and may even show you that your vibration is lower than you thought it would be.

It doesn’t… The world works the way the world works… Your job as a human is to adjust to it… or get eliminated.

It’s not instant. It may take hundreds of years, if history is any indication.

An aside: your vibration, the number, is in causal relationship with what, how much of reality you can see.

Muscle test says that you cannot see intrinsic values under the vibration of 500. 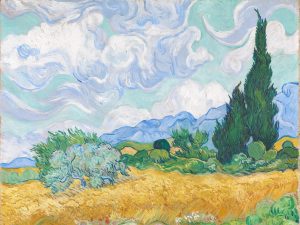 On a lark I measured Vincent Van Gogh’s vibration. Of all art, his and a Hungarian artist’s similar art resonates with me most. (Csontvary) or Hieronymus Bosch. They see intrinsic value… They see what is invisible for most. Their vibration was 500… so they saw intrinsic values… the richness of reality.

You can’t adjust your actions to what you don’t see. 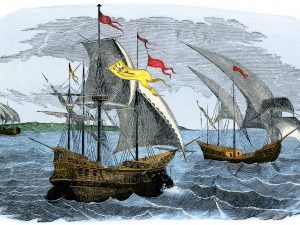 So instead, when it comes to intrinsic values, you have a picture of how it should look, and then you compare what you see with that. But if intrinsic value were a pebble, we don’t see it… we only see the ripples. Just like according to the fable, the natives didn’t see the ships of the Conquistadors… only the ripples the ships made.

Most ‘spiritual’ gurus give lip service… they talk about what they have read or heard about… but they DO NOT SEE IT.

If you bothered to poke into them, or ask the, you would know…

I even have a coach who claims that he can see what people are capable of doing, but with a vibration of 200 you can’t. You can say you do, but you are lying.

With the Vine energy you can start your climb… it is a linchpin energy. And with the whole 48 energies, you can raise your vibration to 500. It takes time, it takes work, it takes patience, and it takes humility.

As your vibration rises, you are acutely aware how dimmed the light is in our age… It may sadden you, I know it saddens me, but it is what it is.

More people from Ireland got my 48 Bach energies than from the United States… How interesting. How refreshing. How wonderful. Do I understand why? No idea… But it is wonderful.

OK, now… what should you do?

You should (lol) get the 48 Bach energies, either in a zip file, or as a bundle, called the HOE.

If your vibration is very low, I recommend that you play either to your water, tea, coffee, for a minute, and then consume the energies infused…

When your vibration is very low, you can’t resonate to the audios yet. You are too tightly wound for that.

Get your Bach Energies