This was people’s sentence, predominantly, when I first did my Landmark programs, back in mid-1980’s.

I remember asking myself: in what aren’t they good enough? Compared to what?

I could see that they don’t ask those questions… It is a 3-year old, barely able to speak, who says those things.

The language of the ‘sentence’, sentence as in ‘you are sentenced to lifetime imprisonment without parole’ was made up by your 3-year old… And the problem is in the language on the intellectual level of a 3-year old.

But that is an adult speaking… Not a child. An adult who can look and see… 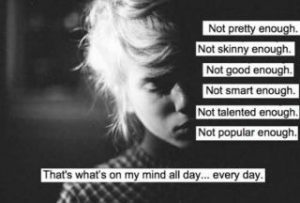 But, of course, if you still have your baby-genes active, the ones that were supposed to turn off at or around age 3, you still say the same thing, without considering that you can become better… More than good enough in any area you are willing to invest the work. The work to get good enough. 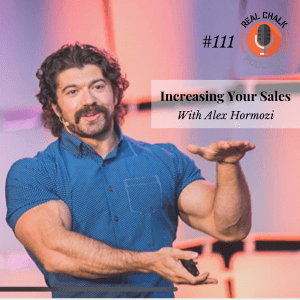 Alex Hormozi, an entrepreneur, was lucky and his baby genes turned off. He uses that exact statement (I am not good enough) to see where he needs to get better, learn the skill better, so he can not only be good enough, but the best.

And his results show that this attitude is better than your resigned sigh: I am not good enough. He learns skills, becomes the best, and then learns some more skills, and becomes the best at those… And doesn’t stop.

Although my baby genes turned off in time, I never had the kind of ambition that Alex has… Except in one or two areas… where I am also learning new skills… And attempt to learn a skill long enough, use them well enough, so I can become better than good at them.

As you learn skills through first understanding what is yours to do next (that’s where I am with Alex’s teaching), then implement it, practice it, and get better at it, make it instinctual, maybe even teach it to get deeper with it… And then move to another skill, and maybe another coach. 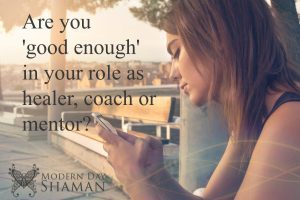 You need to upgrade coaching if and when you get better than your coach is at a certain skill.

But most people switch coaches willy nilly… Because they expect the coach to give them what is really theirs to do, and not give it to themselves…

In the area of business I am good enough to take you to a level where you can get another coach… But unless you get the best at the seed level of business… And it’s not easy, then you are moving away too early.

I am the best at creating a seed level that can take you as high as you can go, as you are willing to go.

The seed level is invisible… And the invisible dynamics are my bread and butter, where my expertise shines the most.

But ten years of beating my head on brick wall has proven to me that unless you have, in your genes, become an adult, all my teaching is like the proverbial spaghetti thrown at that same wall… Doesn’t stick.

And the four genes, baby genes off, permission gene on, responsibility gene on are like a synergistic team…

Here is what one of my students wrote this morning:

…when you turned off the baby genes and on the permission gene, I felt an urgency to get something done, but I could not put a finger on it or see what I should do, but there was an urgency there.

Then you turned on the responsibility gene and that made a differences, as now I feel that I have been waiting for life to show up for me, instead of me showing up for life.

I am looking at the many thing I started and nearly finished and then left them hanging. So I am going to revisit some of the things, that I never completed and see what shows up.

Showing up for life, instead of waiting for life to show up for you.

There is a fallacy that people can be changed by talking to them, talking at them, but I have never seen that working.

I used to think that. I expect people to be willing, intelligent, educated, know what belongs to them, ambitious, whatever I am. And then… Nothing happens. Or hate happens.

A dude who I had been friends with for 14 years is now hating me. He can’t see it. Your own hate doesn’t show up as hate to you… Because it feels justified. But hate is hate. And hate makes you see the same in another, even if it isn’t there.

You don’t see others the way they are, you see them the way YOU are.

Why that fallacy was born? When it was born? I do not know. Prejudice… Meaning: pre-judge?

In my experience the maximum a conversation can do is make someone’s eyes look at things that they haven’t looked at before. But even if for a moment people can see something, that doesn’t mean they will change what they think about the world, themselves, and what they will do, unless they can truly see it and that depends on their DNA… How many capacities that have something to do with astuteness, clarity, etc. are turned on.

I have a new ambition.

I dream of a group of people where every single person works on a skill, the next skill for what they want to accomplish.

It can be hard skill, soft skill… But it needs to be needed.

Last night I finally fell asleep practicing a meditation move: return my attention to my breathing when I notice it wondering.

I’ll test it out tonight, and if it is the magic bullet… I’ll practice it until I get so good at it, that falling asleep won’t be an issue… As long as I remember to do that skill.

What skill you want to learn and get really good at it depends on what you are up to.

It increases your TLB, your mental toughness, and trains you to take the reins from emotions. Invaluable.

Anyone who wants to become worth a damn needs to get good at it… And maybe even very good at it.

If you are not good enough… Hell, practice that. But make sure you get your genes adjusted, if you haven’t. Your baby genes on, and responsibility off will make you wait for life to show up for you… And it won’t even occur to you that YOU should show up for life.

If you are someone I have turned responsibility on: the skill to practice is asking the questions, and pull what belongs to you, what you can be responsible, and even what you could be responsible for towards yourself.

Here are the questions from this article: Most people missed this article because they didn’t like the title…

What could I be responsible for to get access to power?
What am I doing that is causing this?
What am I assuming/thinking?
What am I taking personally?
What is my attitude?
What am I expecting?
What am I going for/intention?
How wide am I looking?
What an I stingy about?
Where am I erring to the side of ‘it’s my way or the highway’?

Until and unless you get good at responsibility, the skill, you won’t get good enough at anything… And that would be a shame.

If you haven’t had your DNA adjusted, the first 4 genes, you should get that… Without that you are sh!t out of luck, very limited, and at the mercy of life.

If you are not happy, you can be 100% certain that those genes are in the wrong position.