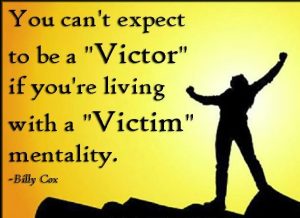 I have something to say in the matter… but what can I say?

Back in 1986 it was revolutionary. Closed circuit TV across the world.

Werner Erhard had his Saturday seminars. I lived in New Jersey at the time, but the audience was in many cities in the US, in Australia, and maybe in Europe…

I was green and my ‘est’ vocabulary was non-existent, so I probably only got 1% of what was available, but I did get something.

In one of the sessions Werner set up the question: I have something to say in the matter… and what the matter was I don’t remember, but I suspect, that he was doing what I am doing with my DNA adjusted students:

I ask them to see what they have already said in the matter, and to see what something different they could say.

I spent the time between the sessions, and used that idea on everything… and got in touch with the power that what I have to say, what I say alters the matter at hand.

So am I saying that what I have to say alters ANY matter?

Yes, that is exactly what I am saying.

Here is an example.

I am very opinionated, arrogant, superior by nature. I am a Virgo and my soul correction is 34 Forget Thyself.. It is like triple chocolate ice cream, where the chocolate is arrogance. Ugh.

So here I am writing an article where I am showing how humble I am, while I am also researching that in stoopid America no one knows how to make things good and simple tasty, like I learned from my mother. 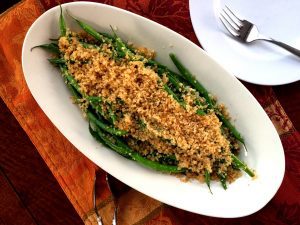 The dish in question is green beans with toasted breadcrumbs… yumm.

Now, I have a secret for you: I don’t feel good when I am judgmental and condescending. And I actually have this tightness in my chest and even in my stomach, so even though it is my nature, I don’t want to stay there.

I can’t help going there, but I can help whether I’ll stay there or not.

And this is where ‘I have something to say in the matter‘ comes in… Huh?

Yeah. I thank myself for sharing and thus make it OK…

The moment I do that, the bad feeling goes away, and I am free.

So what the heck happened?

Whatever you allow to be, will allow you to be. I allowed the nastiness to be, and it stopped wanting to kill me…

Not as easy as it sounds. 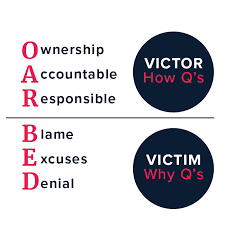 Most people would consider feeling bad about what they did as a good deed… It isn’t. It is how you fixate, makes fixed what you did… Instead just say… wowzie… Hi Mr. Racket. Nice to meet you again… or what I said: Thank you for sharing.

Given that there is never ANYTHING wrong in reality, the wrong in anything comes from words, our words.

And when what you have to say in the matter is that it’s wrong, you can be 100% certain that you are going to be miserable, even if you don’t use the exact word ‘wrong’.

Language has a thousand words for wrong, and maybe 2-3 for right… So the chances that you are saying it’s wrong is up there… high.

And we have found that almost everything that we want to take responsibility for originates in wrong… us saying wrong in one way or another.

Whenever you say: I have to, I need to, I want to, I should, shouldn’t, it should, it shouldn’t, etc. what is there is wrong. 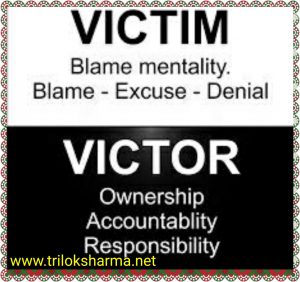 If you don’t learn anything else from me ever, if you can catch what you’ve been saying that keeps you miserable, somber, angry, bitter, and find something else to say instead, you’ll improve the quality of your life by at least 70%, maybe more.

It doesn’t matter in what area of life the wrong is. And it doesn’t matter what is wrong. If you did wrong or someone else… it is all the same: all wrong will keep you wretched.

Amy and I go really deep in that… and like old buried pain will never get better unless you air it out… we, I hope, both are better off… I know I am.

So I am contemplating of publishing my calls with Amy as a podcast, but I haven’t asked her yet.

By the way, I have already written a part two to this topic: ‘I have something to say about the matter’ and I’ll publish it maybe later today, maybe tomorrow. We shall see.

But what should I offer you today that could make the biggest difference?

What makes my life more difficult no matter what course or workshop I design is that the foundation of homo sapiens’s world is based on ‘personal reality’, never questioned. 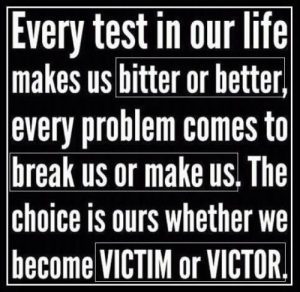 In essence everything you relate to as reality is about 10% real. 10% reality can give you as high a vibration as 200, but not higher.

If reality is even less in ‘your reality’, then your vibration will drop further.

Kaka is not a good material to build your fortune on.

So I have to start every single course and workshop teaching and re-teaching what is reality and what makes ‘your reality’ not reality.

Did people learn it? Maybe they can recant verbatim, but do they live that way?

No, they don’t. People continue honoring ‘their reality’ as reality… and therefore are miserable, powerless, and ineffective in life.

All of them? Maybe not. Only 99.9999999999999% of them. I watched Werner in a video the other day and watched/felt him needing many minutes to recover from ‘his persona reality’ and reclaim his sanity.

I have come to the conclusion that the reason for that is in the DNA.

So I am watching some people… and it pleases me to see that they are starting to behave as if they could tell what is real and what is kaka.

I’ll have another responsibility workshop this Saturday… so I’ll see if my assertion is accurate or not.

I wish it were possible to cause this new evolutionary state for a person without their active participation, but it is not possible.

Why? I think it is because of free will.

According to Kabbalah, the Light, or whatever name you want to give it, will not violate, will respect one right of its creation: The Vessel. The right for Free Will.

In Kabbalah that respect was the ultimate cause of the Big Bang, and the Physical Universe. And humanity still have one right that cannot be violated by any power, including Source’s power to alter your DNA. It needs your agreement and your action… your co-creative action to do it.

But with regards to the DNA adjustments most people paid for it and then said ‘do me’ like a two-dollar whore… not a single movement to co-create.

Obviously those who don’t choose to do what is necessary to keep those newly turned on genes active, and keep the entitlement genes off have a world view consistent with the child’s view where the world is there to change their diaper.

You can only imagine how effective, how productive they are in life… Not.

I choose to work with the people who said yes to the DNA adjustment with their actions.

The actions are simple: there are a few questions that they need to ask and answer to trigger self-awareness.

Self-awareness triggers consciousness. Consciousness wants you to become all you can become, but has given up on you. So for most people it needs to be given a new reason to rally you on.

The most difficult to answer questions are the questions about your attitude.

The attitudes are still hidden from your view… And I want you to be able to get more accurate and more insightful about them… Because they are the foundation of your actions and inaction.

Those movements are easy to see on babies, preverbal babies. They didn’t change, they were just covered up with words, pretenses, acting.

I am most interested in the child gene’s ‘self-expression’ so you can feel when they are trying to ‘do you’, move you, make you do their bidding.

It will be fun, and it will be interesting.

You will need a mirror by your computer, so get one if you don’t already have a small mirror.

I just ordered mine for a buck at Dollar Tree… it has a suction cup, so I can attach it to my monitor.

I don’t have dates yet… but I think Friday afternoon or Sunday would be the best time… But I am flexible.

Pre-requisite: you have to have the Feel your Feelings course, and your DNA adjusted.

Get the feel your feelings course

Back some 30 years ago, for a few years I was coached by a dude, Tony Smith in NYC. I have thought of him in the past few years a few times… Never thought I would see his face again… we didn’t part on good terms.

What made me whip out my credit card was the idea that you have everything to say about what business you are in. That idea was exciting to me… so I hired Tony…

And it worked for a while, but then he forgot that what he says matters… Like most everyone, he had little control at the time in what he said ABOUT, or in the matter of MY BUSINESS.

If you don’t know that your reality is defined by what you say and your attitude, you can’t coach effectively, because you’ll coach from YOUR reality, not from reality…

And that is what happened… His opinion about my business got in the way… What a pity.