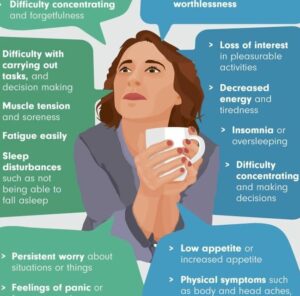 Distinctions are the currency of communication, growth, transformation, and evolution.

And when you look distinctions are missing for most humans… I can be almost certain that outside of the thousand special people who have their responsibility gene on… No one else really HAS distinctions, outside of their profession or hobby.

Distinctions and distinguishing are the foundation of astuteness… and humanity’s combined level of astuteness is 1%… which means 99% of what they see, what they decide is off… off the mark…  simply wrong.

Here is one distinction: Pain vs suffering… or said in a different way: ‘Pain is necessary, suffering is optional’.

Why is suffering optional? Pain is a feeling. It is physical, it is real, it is in reality. You’ll find pain in reality, but will find no suffering there. For suffering to exist you need to add words… meaning… narrative… and that is cultural, personal, and not found in reality.

Humans are a weird species. They are so so so arrogant, that they claim that each have their own reality… but if your reality and my reality are different, where is reality?

It’s probably not in your head and not in my head.

There is a reality but humans cannot relate to it. What humans relate to is something that has already been translated with words.

This is why Lily Tomlin famously said: reality? collective hunch at best.

This is why in the work that is capable to take humanity from the Valley of the Shadow of Death to Human Beingness, the Thousand Years of Peace needs to create an unimpeachable criteria for reality. 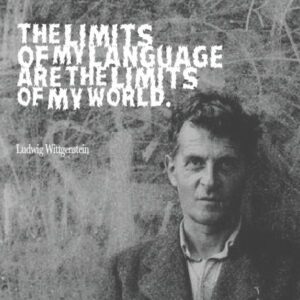 Wittgenstein, one of the best and greatest philosophers established reality’s ‘currency’ as facts.

Facts are the same for everybody, including measuring instruments. Computers. Machines.

Whatever are not facts are not reality.

According to Wittgenstein, facts are as equally real as objects. … Here, Wittgenstein claims further that the world consists of facts—and nothing but facts. Facts will comprise what is the case (the truths) and also determine what is not the case (the falsities).

These examples show that there are facts of different kinds.

What is fact vs truth?

So back to the pain vs suffering.

My client’s daughter has sore throat.

Here is another distinction that will point out something important:

Being cause or being effect.

You can do, feel, see things. That is a fact. It is in reality.

You do something. When I ask you why you did what you did, you’ll look and see that you either did something because you did something… Or you did it because…

When you said ‘because’ you assign power, you assign cause to something outside of yourself.

My client’s daughter suffers because of the pain… she says. She claims innocence in the matter of suffering. And she claims no power… aka powerlessness.

She says: I have nothing to say in the matter! Just like the Nazis in Nuremberg (Nürnberg in German): I was told to do this! I am innocent.

But can YOU see it?

I have found in my 36 years observing people and myself that unless someone has the GENE that we call responsibility in the ‘on’ position,  a person cannot see the difference between being cause or assigning cause.

Which unfortunately means that you cannot become a human being without the human being gene being activated.

You cannot even recognize human being. Human being is what we call person.

But unfortunately doing what you see another person does won’t be the same.

The nature of distinctions and distinguishing is that you cannot get to a distinction through examples. Distinctions are the source… and the behavior (examples) comes from there.

You cannot get to the root of the apple tree through the apples.

You can fashion apples, but it will be hard work, a rigid set of rules, a manufacturing process. And if you don’t pay attention you slip and what comes out is not an apple, but a pear, or a cherry, or poison ivy… But an apple tree root will always produce apples.

If you have rules in your life, you can be 100% true that your ‘roots’ produce products that are not to your liking.

Distinctions when they are gotten, they use you. You don’t use them, they use you. They are the roots, and you need no rules, no thinking, no right and wrong… they will produce what the distinctions always produce. An apple, or a certain behavior.

We could say that distinctions are the Tree of Life…

…and you don’t live from them, you live from the tree of right and wrong, the one that god told you not to use.

There is no right and wrong in reality. If and when reality gives you your actions, you always, without hesitation do what is right in that moment… What works.

Homo Sapiens sapiens is a species with its wings clipped.

How? A bird knows what to do because it has his nature unaltered.

A bird with its wings clipped needs to improvise, do what other species do better… and it becomes extinct, because it doesn’t work well with reality.

So not well, that even the scientists of this species make up stuff, words, about what they see, and sell you the bullshit they make up as facts. 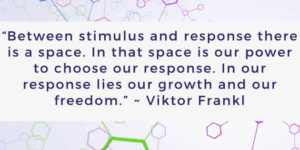 The direction the species is going is the direction of the narrative… away from reality. Far far away.

I live an hour south of Lake Ontario, a big lake between Canada and the US. The lake’s water vaporizes all the time. When the wind blows south, and when it is cold enough, the wind becomes snow or rain.

So we in Syracuse get a lot of rain and a lot of snow.

Last night we got the first real snow of the season, about 15 cm, or six inches? At least that is about what is sitting on my deck’s rail…

The squirrels will say nothing. They will, without hesitation, plow through the snow to wherever the darn squirrels are going. I don’t like them… there are too many of them and they want to burrow into the wood of the house, and they race each other on the roof… noisy rats.

Homo Sapiens, on the other hand, will say something about the snow.

In Syracuse they mostly say: darn! horrible! grievous! I have to clean my car, my driveway, and I have to wear clothes to stay warm.

Other parts of the world they will say whatever they say… we can go skiing, sledding, or maybe even ‘beautiful’.

But it is just snow. It will be slippery, penetrate your shoes, your roof, and make driving treacherous. No big deal… not wrong, not horrible… just is.

Now, here is the warning: if you try to repeat what I am saying, just please know: truth repeated is a lie.

Unless your behavior comes from seeing something clearly, it is a pretense. It comes from a desire to look good… and drives you even deeper into having to, needing to, wanting to, and should… the hallmarks of misery. 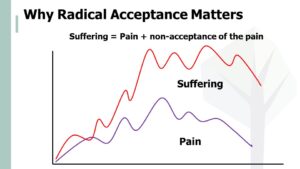 I see that many of my clients are committed to advance to human being, and can’t.

The combination of the DNA adjustment plus the distinctions, the base distinctions you can. You will be able to.

If you are willing to let go of your arrogance and self-concern then this combination will be able to take you to human being.

You can change your mind at any moment… by the way.

Interestingly your self-concern, the responsibility gene, and being able to see reality are intertwined… and can only change together.

My first memory of hearing the word ‘distinction’ is from Landmark’s Advanced Course.

It was a 2-hour segment of the course, where the participants paired up and attempted to learn one distinction on all four levels of knowledge.

None of the participants, as far as I can tell, got to the fourth level. 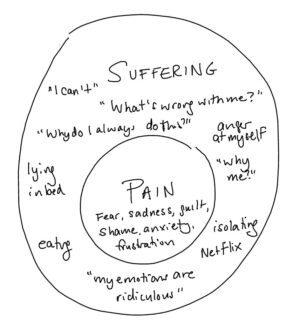 Without BEING cause, you also cannot be caused.

Without BEING cause, your whole existence revolves around words. Rules, emotions. Right and wrong. You don’t act really on what you see, you act on what you think you see… what you say you see.

For that direct connection between what you see and what you do, you need to have your responsibility gene on, working. Open and working at least 30%.

Without that most of your attention is kept on your self-concern… which is a mind-thing… and prevents you from BEING. Just being, and, of course BEING CAUSE…

OK, I admit that I know not many of you will be able to make heads and tails out of most of this article.

Just do yourself a favor: don’t create a set of rules. Those look like a good idea, but they will freeze into a barrier, a blockage of beingness… and you shoot yourself in the foot… soldier!

The reason homo sapiens is so unhappy, unfulfilled, so so so greedy for everything is because of the DNA.

You see, the Original Design set up the DNA all the way to Human Being.

Where did the DNA come from? Just like reality, the answer is ‘collective hunch at best’.

I am not a geneticist… but I am sure that can be proven as a fact, eventually.

The linchpin capacity, the linchpin gene is responsibility. This is the capacity to see yourself as cause in your actions, behavior, attitude, and words.

The capacity to see that…

…you may feel something, but that is not the cause of what you do, or say.

Instead of ‘because’ or ‘therefore’ between the parts, you will have an ‘and’. there

Responsibility in its common usage is a burden. A chore. A heavy weight.

To bring your level of responsibility up, you need the distinctions.

And you need them on the level where they use you, instead of you scrambling to use them.

Anyway today’s call with Miko goes deeeeeeep about distinctions and responsibility, and also reveals a lot of dirt about me and my life…

I don’t know if I can teach what I teach the same way… ever again… So if you want to hear what I have never said and probably can’t again… this is your chance.

So I am safe to sell it now. It’s available till Thursday morning.

Get the Nov. 23 Sunday call