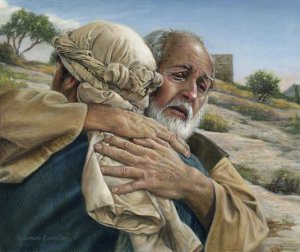 The capacity to tell truth from illusion, reality from unreality

…is one such capacity is at the root of developing beliefs that will support you and what you are up to. The enemy is introduced below:

We don’t know what’s real. At best we have others’ agreement in our interpretation of what we perceive.

The problem is the interface, the filters, the mind: our equipment may be perfect, but what gets through to our brain is filtered by the the gateways of the brain that decide what we should know about and what we shouldn’t… weird, right?

An example is the gateway called Broca. Broca decides what we hear or don’t hear. What will register when we read, and what won’t.

I had an experience like that just a few minutes ago: I read someone’s email, and as it turned out, I missed an important part of it. I never saw it. Broca decided it wasn’t relevant.

What you see and what you don’t

Scientists tell us that when the ships of the discoverers of America got to the shores, the natives could see the ripples, but could not see the ships. They had no concept of something as big, or sails… so they didn’t see it. It got filtered out.

Experiments with Papuan natives showed that they could not recognize a picture taken of them with Polaroid camera as a picture. They could see the individual dots (which we can’t!) but not a picture. The picture got filtered out.

And this is what has built our world view:
the agreement with others who had a

The stars of this world are the people who repeat stuff that people know, who don’t rock the boat, who are part and parcel of this computer game we live in… and don’t think, don’t ask, don’t question, don’t discover, don’t innovate, don’t do… anything.

The agent Smith’s (of the Matrix) are everywhere. Occasionally even you yourself are an agent Smith when you tell everyone what an a-s-s someone is, that they don’t know what they are talking about.

Other times you read something, misunderstand it (no choice about that!) you think it is something that you already knew, and consequently cause the death of a mighty idea that could move you forward.

So what does, someone like me, supposed to do? How can one person go about changing the “reality” they speak into, so they can be heard?

Source has been largely out of touch with humanity. Instead of the tale, that it knows you personally, and keeps a tab on you and the sparrow and the hair on your head… instead it has been waiting for you to go home, like the father of the prodigal son. Home is there for you, is friendly to you.

But you have thought, all these years, that there is no way you can go home. That you need to build new homes… religions, rituals, other dogmas… and now you can’t hear the truth, don’t want to hear the truth… “you mean just pick up and go home? I am quite comfortable in my home away from home. My life isn’t working. My soul is shrinking. Our planet is dying, our livelihood is threatened, but go home? What if there is no one there? What if it will make no difference? I’d rather suffer here than find out…” you say. My words, like the sails of the Santa Maria, are invisible to you.

14 thoughts on “I Am Quite Comfortable In My Home Away From Home. My Life Isn’t Working. My Soul Is Shrinking. Our Planet Is Dying, Our Livelihood Is Threatened, But Go Home?”