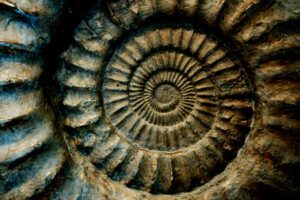 Life is like a spiral staircase… Every problem, every issue will come back to be addressed on a hopefully higher level… Issue like getting unstuck.

I once read a story about Gandhi. A woman came to him with his child. He asked Gandhi to tell the child that eating sugar is bad for him.

Gandhi listened, and then said: please come back in two weeks.

The woman and the child left… and supposedly traveled for days to get home, and then come back again.

They came in, and Gandhi simply said to the child: Don’t eat sugar. It’s bad for you.

The woman piped up: why couldn’t you say that a week ago?

Gandhi answered: Two weeks ago I myself was eating sugar…

This is the story that came up for me this morning.

I am in the middle of a two-day course I am taking (the recordings, of course). A course that teaches people about sales, and why people buy and why people don’t buy. Fascinating, insightful. Fantastic insights already…

I suddenly understand why I bought a course to learn how to put up virtual summits, and yet decided that I am not going to do it. It was an expensive course. Oy.

What I’ve gleaned I had been unfamiliar with.

The belief that I can’t do it, that if I tried to do it it would be a disaster.

There have been things before, things I bought but didn’t even try, but never before had I the clarity that a belief tells me that I can or can’t do.

Why did it come up now? Aren’t you curious?

For 70 odd years it didn’t come up, and suddenly it is there in all its ‘glory’… Why now?

And suddenly I saw: it came up like Gandhi’s sugar… Until I go through myself, it is inauthentic for me to teach it.

A few weeks ago I taught that if you look at life and everything in it as a process, you can get anywhere with enough desire to get there.

I said that as you go through a carefully crafted process, you reshape yourself and your beliefs…

He was really excited. Then. Then proceeded never to do the process. I think he didn’t hear it… I think maybe he already forgot that there is such a process.

If you want something, but you don’t do anything towards it, of course you won’t have it.

Do all courses, or most courses take you through a process to change who you are for yourself?

I don’t think so. And most people whose beliefs say they can’t do something, end up living their entire lives that way.

Now, back to Gandhi.

I think my inner guidance threw up this belief, made it visible, so I can first have compassion for my student, and second go through the process of overcoming it, if I have big enough desire for what it would give me.

So you see, most teachers, most trainers, most everybody including your parents, never went through what you have to go through to learn and live a life they love.

So they cannot help you to get unstuck, to build a new you, so you can finally have what you want. They themselves have remained stuck. 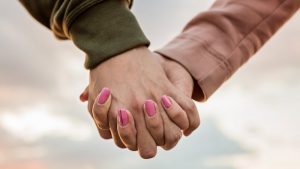 And even if they knew what to do, no amount of speaking or teaching is useful… unless it comes exactly at the right moment… and takes you through the unstuck process holding your hand.

Eventually you learn the process, but while you are in the midst of an upset, of being stuck, you need someone to hold your hand all the way.

All my courses, all my conversations are geared to get you unstuck.

My moniker could be Sophie ‘get unstuck‘ Benshitta

Obviously getting you unstuck when we are on a call is one thing, it is quite another thing to teach you the moves of getting unstuck.

So what gets you stuck?

Mostly what gets you stuck… on the deepest root level, is a belief and a concern… A combo.

Or if you wish, the ‘therefore’.

And whether you knew it or not, you are energetically anchored to these therefore-s… You may have one, most people have at least two. 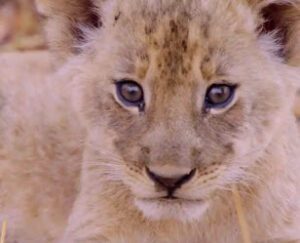 They are all mind-constructs… The little runty lion cub didn’t have it. So he never stopped, never gave up, he just kept on trying until that proved to his mother that he was going to live. That he is worth the energy it takes to feed him, protect him, because he will live.

A lot of humans, put into that same situation, being injured, being little, would have given up. We would have a lot less humans on earth, and we would have a species where every specimen earned their right to live.

But of course this is not a politically correct picture…

Getting stuck is normal.

Getting unstuck is not very normal…

Unless you can tell that you are stuck, no process can be useful for you to get unstuck.

Getting stuck can happen in many different way. For example: you get entangled in trying to figure out what something means, what someone meant.

No matter what you are stuck in, no matter how long you have been stuck there, stepping back and increasing the distance between what is happening and your eyes… so you can see more of what is OUTSIDE of that DITCH… that you are stuck in.

I lead a course a few years ago, called the Detached Method of Getting Unstuck. It taught this simple step: to step back… to disengage emotionally from what you are stuck with. To ‘detach’ from it.

Admittedly it is not very easy. The idea or thought you are attached to feels like an anchor…

And energetically it is.

Or to the dominant belief’s therefore anchor, the anchor to doom: which feels threatening and certain.

Some 25 years ago I got unstuck, and it cost me a pretty penny I couldn’t easily afford at the time.

And if the doctor I went to is anything to go by: he had tools and methods and exercises to expand my cone of vision, to train me to do it for myself.

I still practice it every day… I can see clearly what it cost you to have narrow cone of vision… and occasionally to me, when I forget myself.

What they train, what I was trained in are visual skills.

In essence, if you got really skillful visually, you would be able to pull your anchors… even though the anchors are not visual, they are energetic.

I often use the expression: you painted yourself into a corner… because all your thoughts, all your beliefs, all your shoulds and shouldn’ts ultimately paint you into a corner, and there is no way to escape: you are stuck there.

But if what got you there can be revealed, made visible, made malleable (not rigid) then you can get unstuck, bit by tiny bit… And the even better news is that you can stop getting habitually stuck…

In my weekly conversation with my Friday talking partner on the Distinctions podcast we do all kinds of things that serve what she is dealing with.

She is a prime example of someone who gets frequently stuck. Not always the same way, mind you, she mixes it up… so it’s never repetitive.

I could sell the recordings of those conversation as a course if I could trust you to have the astuteness to see what is what… But I don’t.

So I will have to teach you…

…so I can identify the moves to you, and the purpose of the moves… so you can learn them and hopefully recognize the issue when they are the tools to unstuck yourself.

I had my first webinar ever, and it was on the topic of getting unstuck. It was 13 years ago… It was part of a course I learned how to build webinars… and that was my graduation work…

I just re-listened, and it is still accurate… It is the entire foundation of the work I do.

You can buy it for a nominal fee… And I let you watch it on desktop and laptop for a buck… That is a dollar.

Why? if you take the time to watch two 45 minute long presentations that can change your life, then I know that if I actually work with you, you’ll do the work.

You want a great life enough… While most people, 90% of all people wouldn’t do ANYTHING for what they want. They are STUCK in wanting.

Anyway, here is the link to the two part webinar… on getting unstuck.

Get a whiff of how to get unstuck