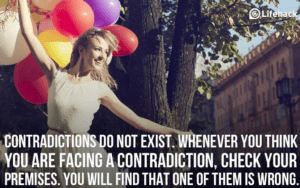 Reality has everything it has. And what it doesn’t have isn’t real. It isn’t part of reality. It’s added.

This is the hardest part of reality: understanding that speaking, the observer, populates reality with things that don’t belong, and then turns around and grieves the things it spoke as reality. And the truth.

All suffering comes from this speaking.

In reality there is never anything wrong. Whatever is there is there. And it should be there because it is there.

Either way you can go back and read what I wrote again, and see if then you can understand. If you can SEE it. Parroting is not what I had in mind.

You may be very knowledgeable, you may know a lot of things. You may be able to repeat a lot of pieces of trivia.

Your brain may be like everyone else’s, but you live in la-la-land, and you compare reality with that la-la-land. That la-la-land tells you: something is missing. Something that should be there. And it’s wrong that it isn’t there.

One of the most important things I teach is this:

remove from reality what you say should be there.

Own it. It belongs to you… not to reality.

And then allow what you say shouldn’t be there to be there. 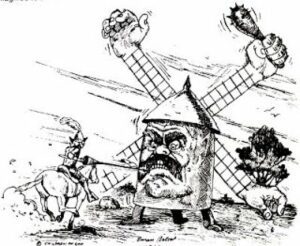 Then and only then you can start being effective in reality. Until then you are a Don Quixote… fighting windmills. 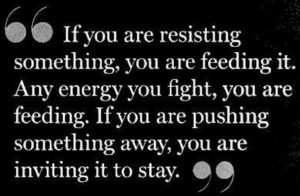 And if you fancy something to add to reality, it is your job to add it. Whether it is love, appreciation, attention, magic… it is up to you. 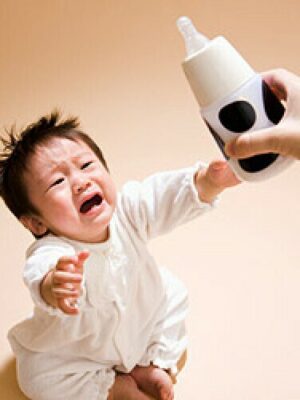 Life, reality has no love, no appreciation, no attention, no magic in it… unless someone added it. So you crying for the bottle, is a waste of your time and effort past age 2-3…

When Gandhi said: be the change you want in the world, this is exactly what he meant. Be the change by changing yourself.

I said before that they are not intelligent enough. Because it takes intelligence to see that if you want something done, then it is your job. The job of the person who wants it, to add it, to be it.

All of those are ways of being… not doing. Not trying to be. No. Be that way.

And if you are intelligent AND then you’ll stop repeating what you say is missing. Then your job is to accept that it was your fancy… and not something wrong.

If you try not to say what you see, what you think, you are doing positive thinking b.s. and you are resisting, strengthening what you want to eliminate!

We work a lot on what you said when you were little.

I am reading a book about consciousness. The book is very readable, even though some of it is science based. But I have had enough science training and enough science experience. So that, for me, is not an obstacle. I am reading it, and I am enjoying it.

One of the potential overlap would be choosing. The physical organ for choosing is the frontal cortex…

Everyone has a frontal cortex, yet very few people even understand what it is to choose, what it takes to choose.

Everyone can have a car, but very few people know how to drive well.

I, even after 37 years of driving, wasn’t a really good driver. I invested very little energy into becoming a good driver… Like most everyone else, I just drove. 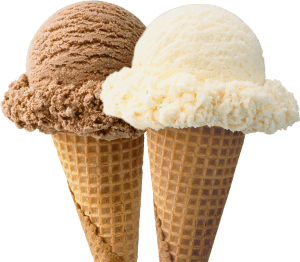 I participated tens of times, and I assisted in tens more Landmark Forums. On day three of the Forum there is an exercise to teach choice. The famous ‘chocolate or vanilla? choose‘ exercise.

I literally haven’t met any participant, including the Landmark Forum Leader, who actually fully got choice… and then continued life choosing consciously. With their frontal cortex.

Using logic to choose tied to intelligence. Tied to the capacity to think. 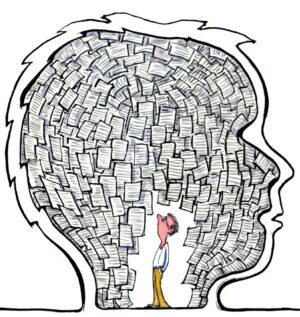 Tied to using the brain to do some work for you, instead of going back to what you said when you were three years old…

So this lack of intelligence, lack of ability to actually think is the main reason most people don’t choose. 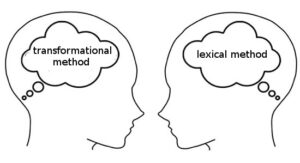 Instead of thinking they go into memory… the mind, the backdrop.

And they live in a world of misery: resistance, regrets, resentment, remorse, resignation, hate, and anger.

You probably said: I shouldn’t have to…

And you probably thought, mistakenly, that memorizing what could be memorized, to get the ‘right answer’ will be enough in life.

You need that darn frontal cortex to help you choose to let go of something that keeps you miserable.

Not having a functional frontal cortex won’t allow you to see that what seems missing comes from you: it is not part of reality. And if you can’t see that then you end up with a version of reality that is delusional and a misery maker. And you have. EVERY SINGLE PERSON… by the way.

There is a DNA capacity that can be in the position of on or off. It is the capacity that allows you to choose, to cause things, including your beingness, your choices, your life. Everything that belongs to you.

To my utter horror even after I turn on that capacity… people don’t know how to use it.

In my current ‘immersion’ program I turn on that capacity three times a week… in the hopes that during the processes people get an insight while using that capacity.

75% of the participants has not been able to use the capacity even once.

And the 25% are shaky… uncertain… not quite knowing what they are doing.

The fundamental distinction is reality.

The Reality that is independent from the observer as much as possible. 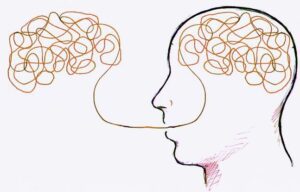 And the ability to see that just because you say something is missing, or saying that something is wrong, it wouldn’t be so if you didn’t say that… if you didn’t add it to reality. That what you said isn’t an essential feature or an element of reality, only of your personal reality.

Now a lot of people talk about personal reality.

About the marvelous aspect of it is that you can ‘with positive thinking’ lessen the blow… What a happy horseshit!

It is really dressing up chicken shit and calling it praline… a chocolate candy.

Now, what can you do if you are part of the unfortunate part of humanity that is not able to use your frontal cortex? Or alternatively if you are a math wiz but your intelligence is limited to math, and doesn’t extend to life?

That is the big question, isn’t it? what can you do to overcome that hindrance.

I have devised a method in my weekly podcast call yesterday. Will it work? It could. Will it? We shall see.

How do I know it could work? I know because it has been the exact method I’ve used to get to where I am today.

If you subscribe to that podcast (it’s $25 a month) then you already have the audio. Is it enough for you to get started? I doubt it.

But I think it needs, at least in the beginning, until you get the gist of it, some handholding. Maybe a lot of handholding.

But unless you can get to the view of reality where what you said don’t belong… what you said was missing isn’t real, isn’t part of reality, there is nothing I can help you with.

What you said has a ‘no’ in it, straight or implied.

Until and unless you can really see that all those, and sentences like those are not reality, I can’t help you.

By the way today is my mother’s 26th death anniversary.

By the way: don’t discount those sentences: they are the backbone of who you have been, the only constant in your life.

For example I said when I was really little: I am not worth keeping. Note the ‘not’. That was neither true, nor reality… but…

I lived alternately proving it and disproving it for 60 years. And occasionally I still catch myself doing that.

What is YOUR fundamental unreality that you live by?

In the upcoming Invent your Self, your ‘who I am’ workshop (2 sessions) we’ll identify your original ‘not’ statement, and find what life, how you would be in life if you didn’t view that ‘not’ statement part of reality. You have a chance to choose…

I’ll activate the choosing capacity during the sessions…

And then we’ll look how to get there, little step by little step, inching your way to freedom. To freedom to be. That new way to be.

Invent your Self, your ‘who I am’
I have Tuesdays and Saturdays available… I prefer Saturday for this class… The first of the two sessions is, tentatively, scheduled for July 9, a week from today.

The workshop will either give you a future that is different because you manage to remove the unreality… and thus be effective in life… or at the minimum you’ll be able to moderate your misery, lessening it by a lot by seeing that you are doing it to yourself.

Or, of course, nothing will change… if that is how you have been doing courses and workshops all your life. If your attitude to courses is ‘do for me’ or ‘do me’… it won’t do anything for you.