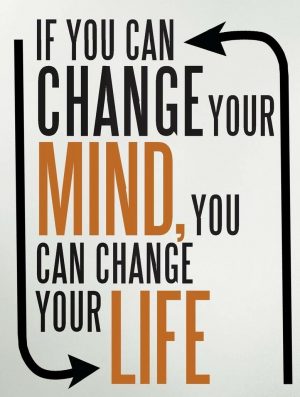 My most influential teachers teach new expectations through invalidating the ones that create a life of misery.

Ben Settle is one of those teachers.

I subscribed to his newsletter and then quit it after a year or two. Why? because for a time he was more interested in world building and world domination than what concerned me more: a healthy business that served me. And he was more political than I could stomach… so I quit.

I had benefited from my subscription… How? I managed to double my monthly income and at the same time reduced the amount of work it took. I also doubled my self-respect… hm.

Without having done the Moneyroots workshop on the 19th I would have never known what produced that doubling. I would have thought that it was because I now ‘religiously’ offer something for sale every single day, rain or shine, holiday or not.

And many of his subscribers, in my experience, think the same… wholly and completely missing the roots of the teaching… the worldview… Even though he knows that is what he is teaching. A different worldview… a more profitable one.

Ben’s worldview is 10% accurate… but in the area of business and money it matches what works in reality 70%.

My worldview, according to Source, matches reality 91%. But in the area of money and business it is only 70% accurate.

It seems, by the numbers, that the missing 9% is all in the area of money… or related to making money, spending money, saving money, investing money. 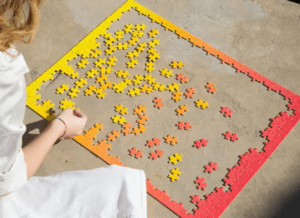 I have been looking to map those missing unreality sentences… And I have, so far found one… According to Source there are 30… so I will keep on looking.

But even this one has the potential to make a difference for me.

What is that sentence I found?

It says: You can make a lot of money if you sell people what they want but don’t even talk about what they need. So you sell them a mirage… and you cheat them. This is what most people sell… They sell to greed.

I am starting to feel the resistance. What is resisting? Surprisingly it is your stability component resisting, the ego. It says that if you change your mind about it, it will wreak havoc. The feeling is fear. I feel fear in my stomach.

The identity, the personality/worldview/self-view is threatened: I am a good person. I live from ‘we’, not from ‘me’. Blah blah blah.

Identity is rigid… It is a rigid construct, giving you little to no freedom to be.

Identity is part of the worldview… through the ‘myth‘ of is. I AM this way… add the tone of voice of self-righteousness. 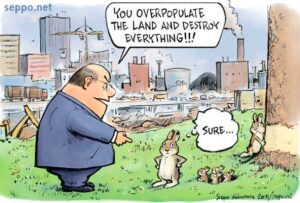 Wanting more than what you can consume, wanting to kill for the sake of power, dominating and enslaving others for predatory reasons…

One could say that this is the concept: homo sapiens.

Destroying a planet just because you can… That is the concept: homo sapiens. An invasive species.

I started to get interested in the predatory genes a few years ago after I read a book, a fiction.

Most every question I have ever had, the questions that penetrate the invisible, come from a book, a video, an article, some even from commercials.

There are 10 predatory genes. They are the type of genes that can be turned on or turned off.

Three predatory genes, according to Source, is where one has enough pep to take care of themselves and their families… but not more. No power trip, no killing to be right, etc.

More than 3 predatory genes, interestingly leads to the person not being able to see the consequences of their action. That is controlled by another gene… that is suppressed by the too many active predatory genes.

After Source adjusts someone’s predatory genes I observe the person. I have been. For the past three years, observe them over time.

Unfortunately turning the superfluous and harmful genes off doesn’t often result in a change in behavior.

By the time people get to me and the ‘spiritual surgery’ is done, they already have a complete and wholly faulty worldview. And altering the worldview takes more than gene adjustment… unfortunately.

Most people walk around ‘done’…

And they definitely don’t want to change what they think, what they value, what they hold to be true, meaning their worldview, because that rocks the boat, and that doesn’t feel stable… and people want to have stability.

The best time to attempt to reconfigure people’s worldview when there is an upheaval they need to deal with.

Divorce, losing a job, having to declare bankruptcy, death of a loved one, a cheating spouse, breakup.

Then establishing a new ess is naturally desired… and spiritual work can help direct it in a healthier and more wholesome new worldview.

Once that new ess is established, it is very rare that the person is interested in growing spiritually… even if they claim they do. They lie…

People who start out with zero or one predatory genes experience a lot more changes after their predatory gene adjustment. They experience the changes in their behavior and in their outlook. Suddenly they feel ENOUGH to go for what they want and enough to say NO to what they don’t want.

Their original ess is sheeplike, self-sacrificing, so they need training in reality to be able to completely move out of that ess… And I have seen the same issue… unless the original ess is intolerable, unsustainable, for reasons outside of the person, a complete new ess may be impossible to establish.

Humanity’s ess is destructive, predatory, power over another, consume more than you can produce, the person with the most toy wins.

Last night I could not sleep…

All night, half asleep, I was circling around the fact that I have been wasteful… Wasteful with all my resources. Disrespectful maybe even occasionally disdainful with money.

When you manage to see something about yourself that is obviously based on a distorted view of reality, first it lands as bad news… and is accompanied by strong feeling, maybe even emotions. For me that is strong stomach ache.

This article is shaping up a little disjointed… It reflects my inner state quite faithfully.

I can see that what is ‘unique’ about me is that I have never really decided that I was DONE.

No ess. So I am light on my feet. And I have been always willing to look what my worldview was, at any point.

I am seeing that seeing the invisible, the floor, the water you swim in, the air you breathe is a superhuman activity, and most of my students with an ess are not able.

The first one was dramatic… The second one is scheduled for Tuesday August 2nd. The time is at 2 pm.

I am pricing it rock bottom. Why? Because it is serving me for sure… because I need the data, the insight. I need to see what you respond to and what you don’t. What can rattle your cage, meaning your ess… and what can’t.

It is not a pre-scripted workshop… I go where the energy takes me.

I may get angry. Or I may yell. I may mock you.

It is all part of wanting to rattle you…

If you are a pansy, a Milquetoast… and can’t take it… Don’t sign up.

If you set your life up that you cannot take three hours off from whatever you normally do… I don’t even want to know you. You are hopeless and that is that.

I’d like to work with people who can and will move. Not you? Good to know. Please don’t sign up.

Let’s see your money roots so you can have more
If you already have the first Moneyroots session, email me for a link to sign up to just the second…

4 thoughts on “My most influential teachers teach new expectations”