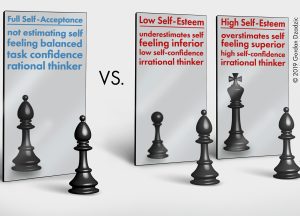 ‘They‘ don’t just talk much about your desire, to whip it up, about your why, and about goals, they also talk an awful lot about your self-image. They want you to create a self-image that is like god… perfect… flawless… blah blah blah.

Oh, and they call it self-esteem.

Esteem or estimating is guessing the value of something. Underestimating, overestimating… But value is not real. It always in the eye of the beholder. It’s not intrinsic to the subject.

They suggest that overestimating your value will be good for you. Bah humbug. What they don’t say, because it is in the invisible, therefore they cannot see it, is that your self-image is like a two-sided coin. Two sides, one body…

One side is some version of worthless, created by an early incident.

Self-image is how you see yourself, moment to moment.

If you have people around you, then they, like a mirror, tell you what they see, how they see you. With their words, with their actions.

You, instinctively, pay attention to disapproval signs… it is innate to do so. And over time you gather enough of those, and the result is a self-image of worthless, or some version of that, by age 3.

Another way to see yourself is from the inside, or through an actual mirror, or as in Narcissus’ case a body of water. You see yourself as beautiful, priceless, prince, god, princess.

Yet another version of self-image is a fix.

You did something that brought in praise, or laughter, or smiles, and then…

…you decided: that is the way to beat worthless. But unless you consider all three versions of self-image an opinion, you’ll be stuck on the hamster wheel of the worthless and its fix.

It is a machine we are born into… and it won’t let you go.

I am, for example, worthless and therefore I am always on borrowed time. (there is always a therefore!!!) This is why I am always prepared to die… have been doing it, annoying everyone, for 75 years. It’s like hypochondria, not more attractive than that, and also not more pleasant to have it.

So what can you do so you can have more than just a thing and its opposite?

What can you do so you can be free to be yourself, warts and all, and have a fully self-expressed life?

The other day we looked at that, and I suggested that we could make up a new image, and start being true to it. 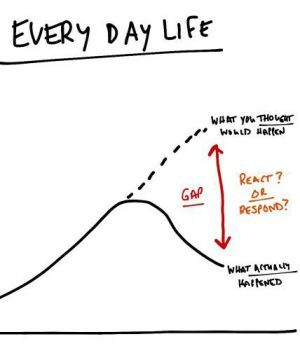 You see, most misery comes from the gap between what is real and what you imagine. Between what happens and what you expected to happen. Whether it is about you or about other people, about what’s happening. About everything.

Some more than 30 years ago I had a magazine. I sold advertising to pay for it, otherwise it was given away for free. Like a lot of websites nowadays.

90% of the income came from arrogant, mafioso type club owners whose clubs showed partially dressed women dancing… aka gentlemen’s clubs. And of course, by the nature of that business, they were all nasty bastards.

They gave me checks on closed accounts, they promised and lied…

So one day I decided (listen up this is what the method is!) I decided that they are not simply assholes, they are supposed to be assholes. So thereafter I was not disappointed. Instead I was prepared. I set rules. I set the rules of engagement, and my business started the thrive and I got a lot calmer… less headaches, less disappointments.

So how do you use my technique? 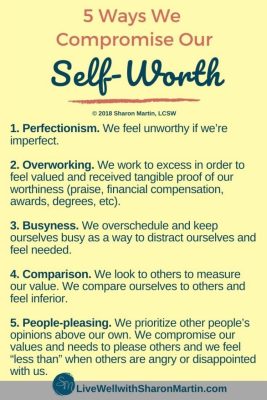 Here is an example: this student has had a life where she needed to be perfect, or she would be abused. Worthless if she makes a mistake.

So two weeks ago we invented for her a new self-image: loser. Muscletest approved it.

She has changed dramatically since then. But the most important change: her life experience and her results changed.

First of all I like this new invented me: being a loser. I can lose at something and it’s not a big deal… I think I can get used to it.

It’s like I can now be myself in a way… and it feels like I’m on my way of using the ‘so what’ expression truthfully.

I spent time today asking myself all kinds of questions about what I’ve done so far, where I’m at and where this is all going.

It’s hard and not pleasant. This is what I’ve come up with so far. I guess it’s a work in progress, because it’s not complete…

I did the ‘probable almost certain’ exercise:

I saw myself sad, fat, depressed, alone, without a job or with a really shitty one and ready to end my life, if I keep going on the same track. What would I live for? I don’t know what would be the purpose for my existence if that will happen.

I may have seen why people don’t take responsibility, why I’m not taking it. It’s a scary thing even to think about. I’m not used to this and … it feels that if I don’t then what’s the point of life? If I don’t then I’ll keep doing the same dusty, old things and I’ll end up in a level of misery that would be hard to bear.

If all of this (what you teach) it’s for us, humans, to use and then we don’t and then we complain about the things that could have used, but didn’t, then what’s the point if we don’t even use what is natural for us?!

———
That was some soul searching. But what has come after that is results after results.

Just to put it in contrast: in the previous year, for a whole year she literally never accomplished anything.

So that simple step caused in her, for her some unexpected and spectacular changes.

Now, for truth sake, for you to see the big picture, other people on the same call weren’t willing or weren’t able to embrace the suggested new way to consider themselves.

Somehow, it seems, the person needs to be able to see what is the actual behavior the self-image covers. 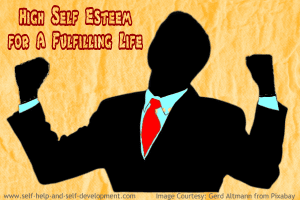 One of the people muscletested yes for being humble… but because she wouldn’t recognize humble if she tripped over it, she haven’t been able to use it. It would have been a better word choice to say: allowing others to shine. Or not putting yourself above others. Maybe. Or maybe normal… to compete with her urge to be the smartest every time. 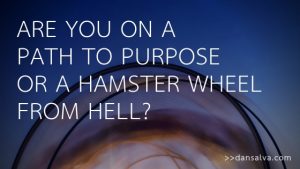 With that same exact ‘I am better than you‘ original self-image another person managed to sail through the holiday week. In the normal course of events, with her original inflated self-image the holidays would have been exhausting and maybe even mortifying for her. She would have been a puppet on a string trying to prove what has never been true, that she is better than anyone and everyone.

So if what we invent works, if the person can actually see themselves behaving, doing, thinking what this new self-image does, then their results can be life-changing.

It often takes going through some failed experiments… 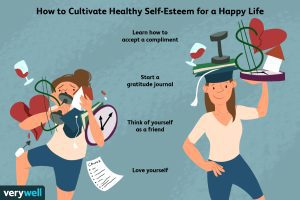 On the other extreme…

…if someone loves loves loves their invented, inflated, Narcissist persona, then they won’t be willing to try on a self-image that would allow them to grow, to produce, and to live life the way it was meant to be lived.

So that they can have a life they love and live it powerfully.

They trade unhappiness for that image… that likeness they put on a pedestal for everyone to admire.

I just had a woman write a comment on one of my posts. She says: Your lack of understanding the vibrational realms is disappointing. It is clear you have not experienced vibrational communication so how can you discard it as false? This is not spiritual guidance. Experience is the only teacher. Expand your own awareness.

As usual, I followed her to the rabbit hole. Her vibration is 110. Ten points higher than the world average, 90 points below where I would consider her trainable. She considers herself a channel… i.e. entities talk through her. And she is utterly wretched. But why is she wretched? Because the two selves we all have cannot even meet.

The selves, the self who you are in the world, in your thoughts, in your actions and the Self who you fancy yourself to be. A distance between them, it is unbridgeable. 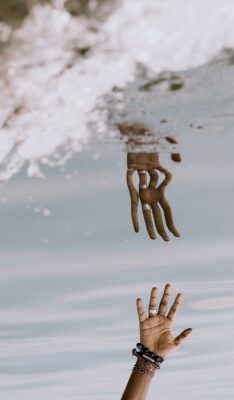 The closer those two selves are, the more inner peace you can experience.

When you look at simple people during your travels, that is what you can feel, see, experience: their two selves are in harmony. They are close. They often embrace.

I have settled, for myself, on being a bumbling idiot. I love its whimsical sound. It doesn’t mean anything… as far as my foreigner mind is concerned… On any given day I am neither my worthless, living on borrowed time self, nor my brilliant, ready for the Nobel Prize self. And when I bumble, I can be happy. I can fall flat on my face, I had permission to do that. Great freedom.

My brilliant self would be hiding it, be mortified that I fell on my face… even though when you take risks, you fail more often than you succeed. And I am a risk-taker… a self-challenger, with bruises to prove it.

So what do you think would be a great new, invented self for yourself? If you comment within a few days, and if I know you, I’ll muscletest it for you. If I don’t know you, email me with your picture that shows your eyes uncovered.

When you try to match your inflated self you are always unhappy, because you can’t. Instead cut yourself some slack, and you can be happy most of the time.

Also, I have just scheduled a session for December 10 to provide assistance. You need to be able to see yourself being, acting, talking this new way… or it won’t stick.

Here is the link to sign up to that session, Saturday December 10, 11 am EST

4 thoughts on “From inflated self to humbling self. Counterintuitive. Works”