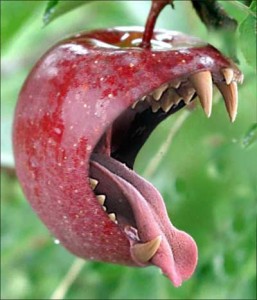 Sometime in August the Dark Side disappeared. I did it.

It was an accident. I intended to destroy the Dark Side, yes, some day, in some special way, but the actual doing it was quite an accident. I was surprised when it happened.

I was working on the first phase activation of the countries. I found a small bunch of countries, among them my birthplace, that registered as “gone over to the Dark Side” and their vibration was low, and they weren’t accepting the activation.

Then I was working on a person, a tester, and felt that somehow the Dark Side was wedged between him and myself. I asked Source if I can just download the activator to the wedged Dark Side. The answer was yes, so I did it. It went through. It left silence and peace in its wake.

Muscle test showed that it went to 0… before that it was gradually diminishing, from 55% when I started in July to… 5 or 10%, I don’t recall.

I was elated. I was really happy.

I frequently measured after that, and it stayed at zero for three months.

Then it started to show an increase. It’s at 2% now. 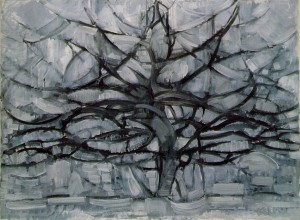 It’s all fine and dandy, but what is Dark Side?

People that come to my site to look for stories of the Dark Side, movies, etc. depict Dark Side as an organization hellbent on destroying life on the planet. Right? Conspiracy theories. The Dark Planet…

OK, Evil. In my conversations with Source it has become clear that evil is a simple (as in uncomplicated) phenomenon. It is simply desire for the self alone.

Without human interaction, there is no evil in the universe. Evil is an entirely human phenomenon because only humans have ego. Only human can want something for themselves at the expense of another.

A lion chasing, catching and eating an antelope is part of life. It is part of the great circle of life. But for a human it looks like the “poor cute” antelope is more important than the lion and therefore the lion should starve. What the human does is desire for the self alone. The human sacrifices another for their idea of what’s right and what’s wrong.

The humna, you! interfered with the order of life… and you decide who is deserving and who isn’t.

How is that desire for the self alone? Good question. It is you, the self-righteous one, who is the evil. The self appointed judge, You, are right and declare everything that is life wrong. You interfere. For your own selfish gratification of being right.

Evil is about being right, looking good, dominating, winning, justifying, assigning blame, and avoiding responsibility at the expense of life. Life as a whole. Reducing space for all of life. To gratify your ego.

Simple. A corporation that destroys or poisons the environment pretending to do good is a tool of evil in doing that. But only that part of the corporation is that. The main activity of the corporation is good. It serves the public, it creates products that people are willing to pay for. Business is good. It creates progress, it creates jobs, it serves people, it serves life. But a business, an entity that has ego, when it is ego serving, it is on the side of evil.

OK, then what is Dark Side? Isn’t that the same as Evil? The people that do evil for the Dark Side… it would make sense. Surprisingly that is not the case.

Dark Side is the pre-occupation with perceived evil.

Dark Side is looking for evil outside of you. Dark Side is thinking that you are good and others are engaged in wrongdoing.

Dark Side is more dangerous than Evil, because Dark Side is a thinking phenomenon: it is creating that which it thinks about.

When in early August Dark Side got eliminated, evil was doing what evil does, acts of desire for the self alone. People did what they did before. But, compared to before, there was a deep silence in the world. It was tangible for an empath like myself.

Dark Side is a buzzing, a vibration. It’s the engaging in opinionating, writing, thinking, weeping, complaining about perceived evil.

So when you are complaining about government, about the guy who didn’t pay you, about the rapists, the murderers, the thieves, the thugs, the good old boys club, the monopolies, the secret societies, the conspiracies, the catastrophes forthcoming in 2012, you are creating and strengthening the Dark Side and at the same time you are engaging in Evil-doing.

When you just simply do evil, (desire for the self alone) you are only hurting some people. When you focus your thoughts on “evil” you are creating it as an entity, poisoning the planet, poisoning the environment, killing all of life. 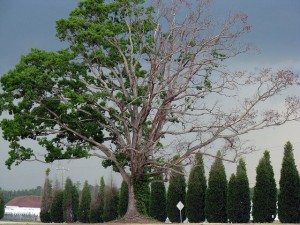 When man ate from the Tree of Good and Evil, the Tree of Knowledge (could be called the Tree of your opinion!) Dark Side was born.

Did people do acts of desire for the self alone before this turning point? Yes. Of course. Selfishness is our nature. But we didn’t dwell there, we didn’t walk around with our fingers pointing at others and pronouncing them good or evil. No, we were busy doing what it took to stay alive. Doing what we did, hunt, gather, love, hate, kill, give birth… whatever we still do. Except this opinionating part. We do more of that today… again.

So, let’s see what happened to me that I could finally see how this works. As usual I had to go through pain to learn. Oh well, I guess this is how it works for the “chosen” people, lol.

A week or two ago a classmate of mine proudly announced that her first article was published on Technorati, a famous website. I went to read it. The article was about the Penn State scandal. I had heard nothing about it, so I researched it.

The story hooked me. It was like an single cigarette to an ex smoker. It was like a sip of drink for a recovering alcoholic. It (the addiction machine) wanted more… and I felt myself falling deeper and deeper into the abyss of victimhood and blaming.

Lucky to us, I kept my eyes open. I was observing it while another aspect of mine was in it. 1

There is a victimhood nerve path that is just thinly covered with “life” but it’s there, ready to take over life, and turn your life back into “they did that to me” and “they are evil” “poor me” “poor them” baaah baaah baaah.

You don’t know it’s horrible until you spent a few years outside of it, like I did. You feel so justified! You feel that if you don’t say what you “need” to say, it will be horrible for the whole world!

Activists are like this. Most charitable organizations are like this. Trying to save people from the wrongdoing of others. Having to, needing to, wanting to, and should… the main moves of the machine.

One of my closest friends is an expert at that… she fell back to it at the same time as I did. We had a long talk last night, and she is back at life, she is free, she is happy.

When I muscle tested, Dark Side was back to 2%.

It is time to put attention back to life and away from the perceived evil. You, me, all of us that want Life to win.

.
Sign up to my Daily Connection Course. They gently hold your hand and teach you the machine under the hood, the machine that has kept humanity trapped since the Garden of Eden incident. It also shows how to reclaim your power.

5 thoughts on “What Is Evil? What Is Dark Side? And What Does It Have To Do With The Tree of Good And Evil?”