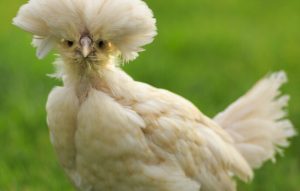 Molting is a tool. You outgrow who you were, and shed the old size.

Humans are mammals and they don’t molt. Culling is the design to cause evolution for mammals. More about that in another article…

But how do you listen completely?

Let’s use the inversion method that aka the strait and narrow method.

So what we are looking for are the ways you listen, the ways to listen not completely.

When you think, you don’t hear.
Thinking is like talking in your head.

So stop thinking. Thinking about anything, including thinking about what you hear… or you won’t listen completely.

When the tree falls in the forest it doesn’t make a noise, even if your ears hear it. Unless you listen you didn’t hear it.

So the problem is: you are somewhere else in your mind…

So we are ultimately find in this inversion exercise where the mind goes when you don’t listen completely. OK?

Just one more thing: The best listeners are also the best and fastest learners. They become the most successful people on the planet. Successful in life…

I don’t have, have never had a client who is a good listener. Ultimately, people come to me because they don’t listen well. So addressing your listening is probably the most important issue I haven’t done successfully.

I can measure (muscletesting while connected to Source) to what degree what was said/written gets through to you.

The more completely hear what was said without bastardizing the more you are interacting with reality.

What is said, what is written is reality. Not necessarily true. Reality doesn’t mean it is true.

What you say about it in your head is NOT reality, it is meaning, commentary, interpretation.

When you don’t listen completely, you replace, seamlessly, what was said with your commentary… And this is exactly what most people do: they never hear what YOU are saying. Counselors, teachers, coaches, priests, pastors, mothers, lovers.

They cannot hear you because their own voice is louder than yours. In their heads.

So what are the kinds of things you say in your head?

I agree/I don’t agree
I like it/I don’t like it
That is true/that is b.s.
I don’t believe it
What’s in it for me? WIIFM
I don’t understand
It’s boring
Why do I have to listen to this?
What am I going to say when they finally shut up?

Self is always invented. You are not born with a self.

We invent our self in the aftermath of some traumatic event. We invent it so we can survive.

Humans need a family for a long long time, because human brain develops so slowly. So the threat of losing that support is at the root of that invention… It is designed to help you survive, not the thrive.

But it is a figment of your imagination… not real. It is what we call ‘precious I’, and it needs to be protected so you can continue trusting that you’ll survive.

The precious I may say that you are smart. That you know what is right and what is wrong. That you have all the answers.

Or it says: you are so pretty, so irresistible, so special that you don’t have to work, effort to get what you want: it is given to you. Entitlement is one of the precious I characteristics.

Talented, kind, sweet, important, special, go-getter, diligent, infallible, quick, a genius… all can be used as precious I, if they are a lie.

You are not something already… you become somebody by your habits, and results, not by declaration.

Because you declared it, now you cannot do what would make it real. Doing it, the habits, would mean, in your mind, that you were lying all along… which you were.

So you cannot even look before you leap, because looking would mean you have been lying when you said that you are fast, or smart, or infallible. So you leap and leap and leap… into the abyss.

If your precious I is ‘talented’… you cannot develop your craft. Because a craft can only be developed from the ground up. So you’ll lack the ground floor and you’ll build castles in the air… You won’t allow yourself to do the basics… and you’ll never become successful, unless you stop protecting your ‘talented’ precious I, and go and learn the basics.

So your first job if you want to become ANYTHING ELSE, you need to spend your time and energy to weed out everything that is occupying the ground floor. Because the only place where you can authentically invent a new self is in the empty space. The NO THING.

The method I teach is the same method I used: the inversion method… aka the strait and narrow.

Instead of looking at everything you do, we restrict the context to what you do to protect your precious I.

We start with just one aspect… and fully weed its behavior out.

I started with ‘stupid’.

I started with ‘stupid’. To prove that I was smart I did an awful lot of things that made my life wretched, made me not liked, made me unsuccessful.

Posturing, talking like an oracle, knowing everything better, wanting to teach in every conversation, and a lot more.

Once I was done with ‘stupid’, enough to be confident that it is mostly out of the way, I started on ‘gossip’ and ‘liar’.

I never knew, and still don’t know what magnificent would look like. I know, intimately, what not magnificent looks like… and I weed it out.

It’s not pleasant to weed. I can tell you that much. But life became cleaner, and I became happier. Things started to be funny… And started to laugh a lot. I could handle a lot more. My body was less tense, and I had less pain. Life became more effortless.

Now, here is the problem.

We live in a consumer society, no matter where in the world you live.

And the slogan of the consumer society is ‘more is better’. And ‘different is better’.

So even to appreciate the beauty and efficacy of ‘less is better’ is not something that comes easy for people.

You invented yourself when you were little, and you survived. So inventing yourself something even better feels to you like the right thing to do.

But it isn’t… It will be just another ‘precious I’, that will make you miserable.

When B. invented for herself ‘excellence’, she invented, in effect, more opportunities for herself to hate herself. To hide from me.

I have found that the Bach Profile, the Bach Energies that test ‘yes’ are a great guidance. Of course you still want to go one-by-one… or you’ll make it too complicated for yourself. That may be one of your moves that need to be weeded out: trying to play the superhero.

My own default Bach Energy is Gentian. Gentian is a flower that drops the ball at the tiniest threat… and droops.

Gentian: doubt, no trust in outcome

It is still active: it will not go away. So what does it look like before weeding and after weeding.

Before weeding out Gentian:

I would give up as something impossible at the first instance when I find out that I am not as smart as I thought I was. So I had a lot of unfinished projects, lots of courses that I ultimately didn’t benefit from.

After weeding out Gentian:

I now catch the moment where I would quit. I look and calm myself. It ain’t necessarily so! I say to myself. 99% of the time the solution reveals itself. In spite of my mind creaming: ‘It can’t be done!’ I continue. I am always surprised that my mind was wrong.

So today I get what I pay for in everything, regardless what my mind says. I am finding that it is not smarts that are missing, it is patience, and trust.

It is never ceasing… and probably won’t. The art is to allow the energy, but not act on it… just like in Gentian. It is more annoying to the people around me: I always see the end coming… lol… not that funny.

You want the full Bach Profile… where I tick all the boxes that apply to you, all the energies that keep you where you are.

Interestingly the Bach Energy System is a ‘strait and narrow’ system… We eliminate what isn’t desirable, what is in the way of success, health, happiness.

So it is really a perfect tool to use to grow yourself, to become the best you.

Get your full Bach profile