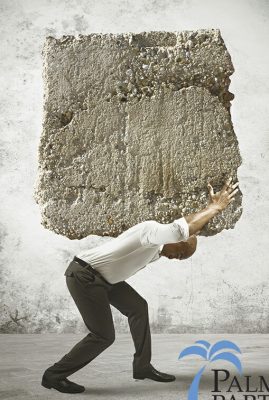 Something about me being overly generous, over-eager to give you what I have is very attractive to a Silent Partner.

A new insight is that the Silent Partner person refuses to allow their soul and their ego to form the “tumbleweed” that can take them to a life that is worth living.

The soul and the ego, the white wolf and the dark wolf.

Updated and a brand new interpretation: 9/6/2016
Soul Correction: Silent Partner: The Key To Being A Winner In Life completely resisted and refused.

Getting the essence of a soul correction is difficult, because it is tricky… and this one, Silent Partner, may be the trickiest of all. This update is the essence… as of today…

This is the soul correction where everyone bends over backwards to help a person, including the Universe, but the person got stuck at 3-year old… where they don’t need any help. They want to do it by themselves…

Belligerent, forcefully independent, unwilling to accept help or support, no friends, no real associations… because they are the martyrs of the Universe… Self appointed martyrs, basking in it, and covering up the glee with smoke screens of fear… They love it. 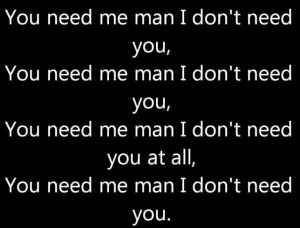 Except that they don’t amount to anything… because no man is an island, and no man knows everything. Also, unless you learn something new, you’ll only do what you already know to do, the safe and the irrelevant. You blame it on fear, but you never acknowledge the fact that your fierce determination to not accept help and NOT LEARN ANYTHING THAT NEEDS ANOTHER PERSON’S HELP is the core issue here… Arrogance and lack of humility.

Now, whether that, the arrogance is the deepest issue… I don’t think so. I think underneath it all there may be an unwillingness to be vulnerable and depend on another for support… so that is fear, but not the smokescreen fear, but the lack of trust fear… fearing one’s own independence and freedom.

But, unfortunately, there is no prison as deep and secure as the prison you built for yourself.

How do you get out? You practice being vulnerable… little by little, degree to degree… so you can make your prison as big as the whole wide world.

Here starts the original post… quite outdated, I am afraid…. 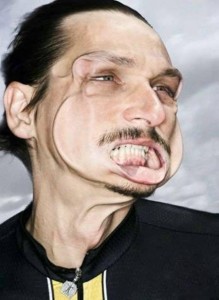 It’s true… most people live like they are alone. Left to their own devices, to struggle, to eke out a living for themselves, to take care of everyone else but themselves. The wind is always blowing in their face.

May the road rise to meet you.
May the wind be ever at your back
May the Good Lord keep you in the hollow of His hand.
May your heart be as warm as your hearthstone.
And when you come to die
may the wail of the poor
be the only sorrow
you’ll leave behind.
May God bless you always.
~anonymous
“An Irish Wish”

On the flip side, they hope to be rescued by the knight in shining armor, they hope for a miracle. It is all flashy and very very significant.
Download the pdf version of this article at the end of the article
Let’s take a person, for contrast, who lives in the reality of “Silent Partner.” 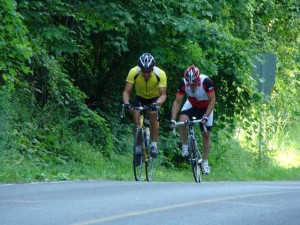 This person’s circumstances may be very similar or maybe even “worse” than the average person above.

But they have an ace up their sleeve. They have a secret weapon. They know something that no one can see, even themselves can’t see. But it is as real as anything: they live in a benevolent, supportive universe.

They ask for and experience support in everything they do. They are the runner with the wind in their back. They are the winners in life.

Are they any smarter than the “most people” of the first story? Who knows. But everything they do, every moment of every day, is done in the ever present sense that they are not alone. That an invisible power is on their side, aiding them in everything they do.

When things don’t turn out, they can look at what they did and learn from it. That invisible power was intent to teach them a lesson on how to do it better next time. 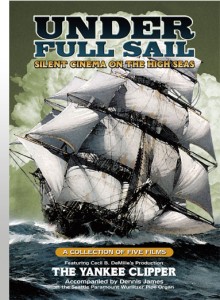 They can’t fail, so they can go to places that sound risky… but they know that they will either succeed or learn a valuable lesson.

Let’s take a person in business. He is in the same business as the other, same skills, same economy. But our person wins every time. People choose to do business with him instead of the “competitor.”

When he meets people, he doesn’t have to litter the space with self-promotion. They have time to develop relationships, look at people, care, and help if they can.

How come? They have a Silent Partner. But this Silent Partner isn’t just giving money, they are giving certainty that they can’t fail.

Winners win as a matter of fact. They may win in the face of incredible odds, but that is only in the eye of the outsider: for the winner who has the Silent Partner, nothing is ‘incredible odds’… If they are meant to win, they will go for it.

And they win. Win in business, win in knowledge, win in relationship, win in health, win in life.

Because they have a Silent Partner.

The two scenarios above are the unevolved and the evolved version of the same soul-correction.

The unevolved is fiercely independent, and refuses to accept support from anyone. They are either martyrs proud of their sacrificial nature, or wearing their martyr cloak unwillingly while play computer games or while away their lives…

The evolved lives a magical life… no martyr, no shoulds, just magic…

So what did the evolution take? Surrender the self-image of the martyr.

To prepare yourself for the Silent Partner, you need to get rid of your needing to, wanting to, having to, and should attitudes. The best way I know how to do that is with the Unconditional Love Activator. But even with that, unless you consciously shave away the drama of the martyr… it won’t happen.

Go get that activator. With that, it will be easier to live like the truth: you have a Silent Partner… because you’ll know you do: in fact you’ll be certain.

New insights (2/23/12) One of the issues of this Soul Correction person is starting something. They want the wind to help them even when they don’t move.

In the domain of soul correction, you need to act first and then expect support. (The slogan I like best is this: you don’t have to get it perfect, you just have to get it going… This slogan helps you make a decision. Even moving in the wrong direction is useful… because the wind can make you move, and then course-correct. Self-trust is the key here… the capacity)

This Soul Correction is, in particular, weak at that. They are talented. They have the “wind” on their side, but their capacity to break through their fear, their sense of smallness, their fear of failure, especially making the wrong choice, is so strong, they only act naturally when it’s an emergency.

Which, pretty much, means that they will never actually experience the wind in their back, unless they learn to INCLUDE the fear, take it with them, and trust that everything can be handled when it comes up, even failure, mistakes, giants and dragons, dwarves, and fairies, lack of cash, even hunger.

There is no way to know ahead of time, what will happen, everyone takes the same risk, but this Soul Correction people want assurances that don’t exist.

They need to start small, and build up the capacity to take their fears with them.

Doing the “Ego strengthening” meditation is useful. All the “get up and go” energy will come from the Ego… and theirs is weak, and one-sided: ambition, the desire to conquer far away lands, see more, be more, have more has atrophied.

Isn’t it amazing that the “best” Soul Correction is given to people that will never need the wind in their back? Not funny…

Update December 25, 2012: As I am digging deeper and deeper into the cause of human misery, the cause of unhappiness, I have come to see that the reason the “Silent Partner” people don’t do things, or only do things that are predictable, is because they live their lives in the future, and not in the present. In the “what if…”

How do I mean? Everything is about success, everything is about accomplishing something, never about the doing. They are the people that totally miss the now, the present moment, the joy of doing. They try to impress you, with their beauty, their grace, their smarts, and are never spontaneous, never happy, never at ease.

My hunch, yet unexamined, that all soul corrections will boil down to this, but the focus of the ego-mind will be slightly different for each soul correction. But ultimately, the only way to attain to the soul correction is to restore the ability and the practice of being, being in the now, being unconcerned and unaffected by some future that may never come.

Society wants you to be miserable, anguished, this is how “progress” works.

In the revolutionary book from 1931, Aldous Huxley’s Brave New World, it’s expressed in the rhyme that I’ll paraphrase here: if you mend your clothes, there will be no need for increased production or progress… Said in another way: if you are contented with what you have, you are a pariah, and are considered an enemy of society.

Here is Huxley’s Brave New World, read the pdf or listen to the mp3 side 1 and side 2

Update March 10/2013: The problem the Silent Partner person has is the same as the guy who prays every night to “god” to let him win the lottery. After a few years of that, out of the blue, “god” talks back and says: “Please meet me halfway: please buy a lottery ticket!” The Silent Partner is waiting for the other to take all the risk.

Or the guy who, during the flood, refuses any rescue, saying that god will save him. Eventually he drowns and dies. When arriving to heaven he complains to god that he didn’t come and rescue him… God answers (Silent Partner?): but what about the two boats and the helicopter I sent to rescue you? ha-ha not funny. Sinking in?