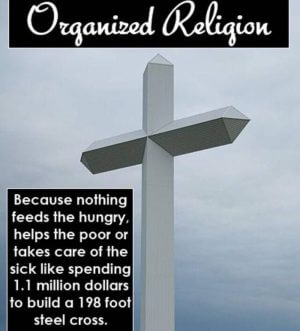 During a recent coaching session, the student was giving the mind 1 all the credit for her issues: fear of making a mistake, fear of doing anything new, fear of trusting anyone or anything, etc.

I was listening, and the more she said the clearer it became to me, that she is actually talking about the Ego that uses the Mind as its spokesperson.

Medical doctors, organized religion, and Ego have a lot in common.

When I was participating with Landmark Education, my desire was to be a leader. I was, for a while, in training to be a Forum Leader, and I was trained to do other leadership stuff as well.

At some point I realized that leaders of programs are really just mouthpieces, delivery people, and I stopped wanting to be one.

I am fiercely independent, and I like to stand for the truth that is unfolding, instead of set in stone, dictated, whether it’s the Ego, or it’s an organization.

Is it the mind or is it the Ego?

Now, you can see that all the empty and useless information that you have been getting about changing your mind, and the power of your mind, and other bromide 2

There is nothing that you can do about the mind: the mind is the mouthpiece. If you want to change medicine from a “dead and deadening science” to a vibrant, flexible field of experimentation and inquiry, you will not (unless you are stupid) try to change the doctors (the mouthpieces)…

If you want your life to be able to move from dead center, if you want to be able to change, raise your vibration, be more, do more, have more, you need to interact with the Ego.

The art of having a life of security and movement is to allow this two triangles to grab onto each other, and form a “wheel”.

A wheel can be stationary or can move, but the energy to move it will allow both the Ego and the Soul get what they want; The Soul wants movement, and the Ego wants security.

You, the human, decide how fast and how long the movement will last, how far you are willing to go. You are actually in control, neither the Ego, nor the Soul are in control, you are.

But you need to assert your leadership, you need to enroll both the Ego and the Soul to work well together, and to do your bidding.

Without your leadership your life will always be a cycle of doom and pleasure, an up and down, uncontrollable, and uncontrollably going downward, towards quiet desperation.

Your mind has nothing to do with it.