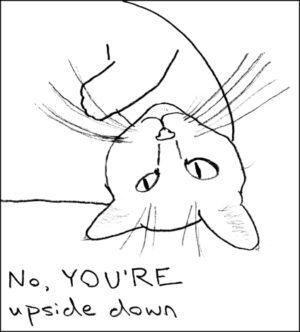 One of the transformational moves I use with my students is 'flipping the context.'

Context is decisive, and the context inside which you live your life is what makes your life great or horrible... not what happens to you. 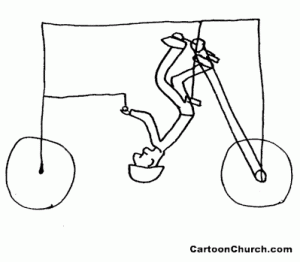 Now, it is easy to write a story like this. It is easy to see that it makes a difference. It is very tricky to create one. Why? Because you are so stuck in your view of life, that it is hard to move you to look from any other angle or perspective.

Here is an attempt I made... an unsuccessful attempt at flipping the context

When I was little, three years old, I was raped by a stranger. My nanny cleaned me up and took me home. My mother's reaction to it was to look at me with disgust and call me a whore.

I decided that she didn't love me. And that was the context inside we interacted for the next 50 years.

And here is the attempt to flip the context: a Forum Leader suggested that my mother was mortified and felt guilty that she allowed me to be harmed, and that is why she said what she said.

You hear the suggested context. That she loved me, and she felt guilty.

It sounded very catchy, except I didn't believe it. The flipping the context didn't work.

I always blamed her... it was SHE who didn't love ME.

But at some point I had an insight. I got that you cannot prove to someone the you don't don't love them... the double negative here is intentional.

And then I considered what it must be like to live with a child who is hellbent that you don't love them.

As I felt into it, I felt then that in fact I was the perpetrator, I was the cause of the horrible relationship between my mother than me.

And I felt compassion for her for having to live with me.

As an aside: my most favorite and most frequently used flipping device are the distinctions of taking responsibility and compassion. They work in 90% of the cases where I need a new context, because the default context makes me miserable, angry, feel like a victim, etc.

The difficulty with them, is that you need to step out from behind your own eyeballs, and look at what happened from different angle. And that, looking from a different angle is also a distinction. 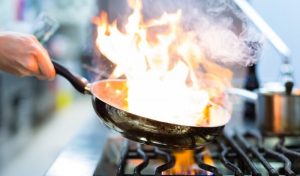 I have heard from others thousands of success stories that turned out to be  flash-in the pan results for a simple sounding reason: unless you know exactly how you produced the result, it happened to you... so all you can do in the future is pray for miracle.

Responsibility, compassion are both distinctions.

The first problem I have encountered so far is teaching students what's a distinction. And without that the whole thing doesn't work. What I mean is that unless you can see your 'path' from no success to success as a series of blockages, and the distinctions to release them, you will never be able to repeat the success.

I won't attempt to teach you what a distinction is in a post... but I have been teaching it on the coaching calls, and as a result students are starting to have real, repeatable successes.

Why do you need to be able to repeat your successes? Because life is not simple. Life is cyclical, life runs by a pattern, and unless you know how to get out, again and again, how to get out from the rut, from the trap, from the predictable downward cycle, you had a fortunate event, but not a new and successful life.

In my own life I have had a one-year money and a 3 and a half year health cycle, and they were as predictably repeating as the seasons.

I would be broke and deadly ill in the deepest point.

Using the exact technology I teach, I have managed to change those cycles. As long as I practice what I teach I can now count on staying on top of my money, and staying well...

Unlike most other 'practitioners' that want you to be dependent on them forever. 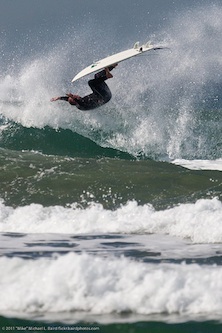 Because being stuck with the default, the original meaning of an incident is what clipped your spirit's wings in the first place.

And you want your spirit to fly. You were born to make it fly... that is what it means to be a human being.

One rudimentary way to reverse meaning is saying: She beat you because she loved you... Normally beating means the opposite, but in this example it is flipped. Another well-known way to flip the meaning is asking the student to see who said what was said... and put all responsibility on the speaker's shoulders... and making the student now have nothing on him, no guilt, no worthlessness. The default meaning is gone. These are simple examples, but they illustrate the principle well.

I teach how to create an empowering context in workshops. Just like with everything, you first want to learn the 'classic' way of doing it, and then you can reverse it.

Here is a workshop to teach you the art of creating an empowering context.

Let's look at a picture: twof people sitting on the floor eating pizza. The why on earth they eat from the floor is only clear from the environment... in this picture they just moved into a new space... no chairs, no table.

Here is another of my examples of context, very recent.

I was scheduled to have a private call with a client who was not in a very good place emotionally, intellectually, so I tensed up from even just thinking of HAVING TO have that call.

The context was: I have to have this call... and I don't want to.

I could have created a fancy new context, like I am building a new humanity, blah blah blah, but that would have been mighty pretentious. That context would work like gangbusters, but would not address my reluctance to have the call...

So I created a simple new context: She needs me.

Deceptively simple. But given that all I ever wanted to be is useful, it worked famously. I had room for how she was (not well), and I had the energy and the willingness to have the call and not suffer through it.

OK, there are two courses, if you buy the more expensive, it includes the earlier simpler  one.

https://yourvib.me/context is the simpler one... and may not be enough to teach you.

https://yourvib.me/context-live And this one is a more complete course.

Warning: if you don't quite understand what is a context, then focus on getting that distinction first, instead of shooting off by the mouth. Context is a power tool... not useful in the hands of children.