What I didn’t say in THAT blogpost on my recession blog, because it is ALL spiritual, is what happened in the last two weeks. It’s amazing, and it is probably the most important lesson one can learn about causing one’s life. (You may also want to refer back to my Live abundantly article

Two years ago I bought a new laptop computer and gave my old one to my Kabbalah teacher, Naomi. It was a good computer, given from the heart.

A year ago I bought another laptop, but this time I held onto my now old one. But about six weeks ago Naomi told me that the old laptop was losing its monitor… it was slowly going blind. “OK,” I said, “I’ll give you my other laptop.”

I regretted saying that, the moment I said it. I need it, I want it… END_OF_DOCUMENT_TOKEN_TO_BE_REPLACED 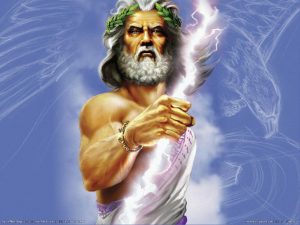 As I said in my last blogpost, my 72-name is “Forget Thyself.”

In my “Your Soul’s Purpose” process it was worded this way “Bring The Divine to Everything.”

different wordings, neither of them made a difference, until today.

As I was reflecting on the last article I wrote, it occurred to me that one of my “unanswerable questions” is: “Am I smart enough?”

If a question is unanswerable, you want to know END_OF_DOCUMENT_TOKEN_TO_BE_REPLACED 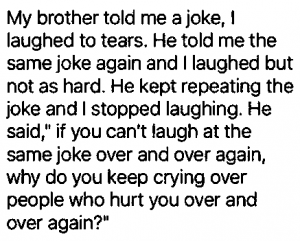 Yehuda Berg says: Our spiritual work is to grow more connected to others around us. Our obstacle to building bridges to other people is stored hurt. Perceived or real… When we don’t resolve conflicts in our relationships, our lives can’t move forward.

Today, tell your boyfriend or boss or brother exactly what you want, what you feel, what you think. You are going to worry about what they will say or think. And honestly, that’s the work. Just expose yourself and be vulnerable. Ask the Light to give you the strength to stay open in the pain.

Your soul will love you for having the courage to speak up.

Mind you, suffering is optional… and while it is true, this is not what this blogpost is about.

You see, I just hung up on skype with a friend of mine from Architecture School, Panni. We went to architecture school together is Budapest, and we got reunited about 3-4 years ago. We now speak once or twice a week on skype, with camera. It is the most intimate medium ever, it is like we are sitting at her kitchen table and drink tea or coffee and talk. END_OF_DOCUMENT_TOKEN_TO_BE_REPLACED

I was spending quite a few months depressed, going to self help programs, 12-step, Werner Erhard and Associates, etc. … barely having 3-day worth of work a month to live on.

I couldn’t think of anything to do… I was too entrenched in being an architect. At some point, I did an exercise from the “What Color Is Your Parachute” and found that what I wanted to do, that caused me pleasure, is “put ink on paper and communicate.”

I went and apprenticed (free) with a small printer for a while, and learned some stuff, bought a letter press with some letters, wrote advertising in mail order magazines… to sell some pyramid schemes… and then when I really needed some money to earn, I wrote a letter to the two throw-away magazines in my area, asking if they had a job opening for publisher’s apprentice.

I was trained by another salesperson. We visited a few stores in my town–typical advertisers in that paper. We sold 5 small ads that day. I say “we”, but I think it was her. That day completed my training. Next day I walked back to the business area of my little town, and found that by the time I got there, the training salesperson had driven there and sold them, or attempted to. I had no wheels, and soon I had no hope.

I worked 20 hours a day 7 days a week… I was bossy, I was certain, I was “dynamic”, I was disrespectful… 5 months later I was offered the choice to resign, or… it was blackmail. I resigned. No-brainer.
END_OF_DOCUMENT_TOKEN_TO_BE_REPLACED