This is a video from 2012… Because some things don’t change, because they work. But…

The new article from today, about no forcing, has been missing for many people… so I am republishing this article to be on the same page as the “no-forcing” article.

This video shows you how I use muscle testing to tell truth from falsehood: the Truth Method. (also called applied kinesiology, by the way). Two minutes… short enough?

Muscle testing is also called applied kinesiology. Although it is widely used, from the articles that follow you’ll see that it is not as straight forward and reliable as “they” claim it is… Make sure you read the articles after you watch the video. Start here
END_OF_DOCUMENT_TOKEN_TO_BE_REPLACED 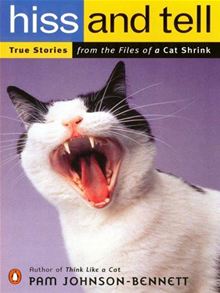 I think the biggest and most significant accomplishment of the the 20th Century was distinguishing that you can muscle testing.

The original idea of that, which they called muscle testing, was that the body knows what’s true and what’s not. Unfortunately, the body what’s good for it, but not exactly the way muscle testing has been using and abusing it.

Thousands of charlatans suddenly had a proof that they know what they are talking about, and they could sell the wares of other charlatans, all kinds of gizmos, devices, supplements, spiritual hocus-pocus… you know what I am talking about. If you don’t: you are probably one of those charlatans.

I am not saying that some issues could not be decided based on the body’s response: most definitely yes. Chiropractors were the first to use it successfully and ethically, only to bastardize it to sell supplements: you make more money selling supplements than doing chiropractic: the chiropractic brings them in, but you get paid for much more than what you do by the supplement manufacturers. As much as 50% commission.

I have heard that the shipping and handling you pay, also pays for the bottles and their contents: 90% profit margin? WTF!

And yet, I say that muscle testing, or the idea that you can ask a higher authority and use the yes/no answer of the body to get guidance, was revolutionary.
END_OF_DOCUMENT_TOKEN_TO_BE_REPLACED 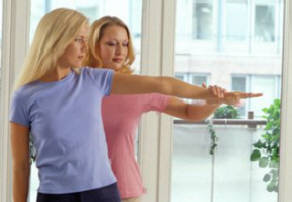 I am getting a lot of questions about muscle testing. Most questions are about how reliable the test is.

For years, I could ask one question and ask the same question two minutes later, and the answer would be the opposite. I would say that is not reliable.

When I started to work with Theta Healing, I found the same level of unreliability. Same question, different answers. Bummer.

I observed my chiropractor always come up with the same remedy to recommend: the one he got the most commission on. hm.

Then when I really connected to Source, the situation changed. Now I have complete certainty… except certain areas, the future, and other spying-like inquiries are not permitted me to access.
END_OF_DOCUMENT_TOKEN_TO_BE_REPLACED