Warning: this article is written in a stream of consciousness way… and I am unwilling to rewrite it to prose… Let’s see if you can follow me to the rabbit hole… lol 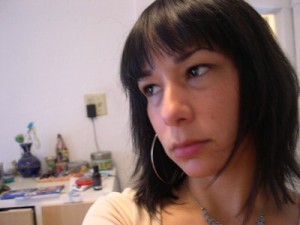 Last week was quite uneventful, as far as drama goes.

No “attacks” from the Dark Side, no big drama anywhere. Things were flowing.

My new book, Effortless Abundance is drawing good reviews, and I am writing the sequel.

We’ve made a major discovery: a missing piece no one suspected, to raising your vibration.

There is this marketing master I have befriended. Our whole relationship has been going on quite public, and I didn’t care. Then he sent my a private email, and sent me one of his ebooks he sells for money.

At first I didn’t want to read it. Then I read it, but was very uncomfortable with it.

It felt like this guy is condescending to me.
END_OF_DOCUMENT_TOKEN_TO_BE_REPLACED

If you read my last article, you saw that I was offering a buy 1 get 1 free on my Heaven on Earth and my Mini Energizer products. Normal. Nothing special…

Except 10 minutes after I pushed the publish button I got an email from a student of mine saying that she never felt anything taking the Heaven on Earth and the Mini Energizers didn’t do anything for her either.

Really bad news. Until yesterday I never heard anyone complain, instead I have gotten a lot of raving testimonials and thank you notes.

What could be the reason nothing works for this student and what could I do to change that?

So today, instead of doing the scheduled drill on the drill call, I did a conversation with a group of ten students to get to the bottom of it.

What is being revealed on this call is amazing, creates a whole new way to look at what we are doing here.
END_OF_DOCUMENT_TOKEN_TO_BE_REPLACED

First off, this is not the cash gifting illegal pyramid scheme that Carly and Thomas Smith are promoting.

What is a cash gifting program? It’s much like a chain letter: You buy in, and hope that eventually, from the monies that people you enroll personally, you will get more money back that what you paid in.

It’s illegal. I have seen many of these spring up, from time to time. Human greed has no boundaries.

Most people that I know lost what they invested. Some, with lots of salesmanship and a lot of acquaintances, made some money, but they made it on the misery of others.

Now, if you came here because you were looking for that cash gifting program, Create Abundance 2020 or any other name, please leave. You won’t be interested in anything I have to say.

You are probably desperate, or too greedy to be interested.

The average vibration of people who are interested in that is 130. Look it up on the Map of Consciousness…

Now, let’s look at stuff that people with a higher vibration, with a higher level of consciousness would like to read. Something that isn’t illegal…

By the way, if you haven’t read my Effortless Abundance 39 page book, it’s a great read and will give you a great foundation for the rest of the article.
END_OF_DOCUMENT_TOKEN_TO_BE_REPLACED 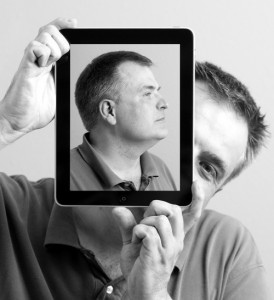 For You Everything Is The Same As Everything Else, Except That Not Always

The statement in the title used to be the koan 1 trainers used to scream, whisper, yell, raucously laugh saying… in the Forum, which eventually became the Landmark Forum. 2

Of course it didn’t make any sense, because it doesn’t, no, not really. The moment it makes sense it is a lie. This is the case with every insight: the moment the mind gets hold of it, it turns it into a rule, incorporates into its fix-it paradigm, and there goes the magic of it.

With that said, let me share something that shook me to the core today (I get shaken by insights, that’s how MY machine works… lol)

Whether you know it or not, I have been offering, free, three weekly sessions of a training called “Drill calls.”

Originally these were the “let me check your connection to Source” calls, but I found out that connecting to Source has almost no value unless it comes from a healthy place.

There was no person on those calls that came from a healthy place.

After all unless you inherited your fortune or still live in the 4-star service environment of the womb… there is no such a thing… at least most of us don’t know about it.

I surely didn’t set out with that goal: creating effortless abundance.

Neither effortless nor abundance is part of my upbringing.

In fact I grew up to work hard (effort) and do not waste.

We were poor for a while, and my father never forgot that. But somehow, I became a hoarder.

I got beaten for it, but it didn’t stop me from doing it: hoarded the newspaper, the TV magazine, my mother’s manicure set… whatever I used, I wanted to own it, have instant unlimited access to it.

I lived in lack. It wasn’t real, but it was as real as if I were starving: it was my reality.

I wanted everything. I wanted to taste everything too… so I tasted and purged.

I was very protective of my time too: I would go to sleep around the time my parents left work, sleep through dinner and TV, and get up after they went to bed, to do my school work.

I kept checks and balances and was very sensitive to be always around a balance: another scarcity tactic.

I remember 1987: just after the big stock market crash in October I lost my freelance job as an architect. I just bought a car, and spent all my savings on that. I was literally penniless.

It taught that there is nothing missing unless you say so. 1 Hm, that was really new to me. I started to practice not saying so… I never considered changing my mind, I was really hellbent on surviving this unemployment phase without my mind going with it.
END_OF_DOCUMENT_TOKEN_TO_BE_REPLACED