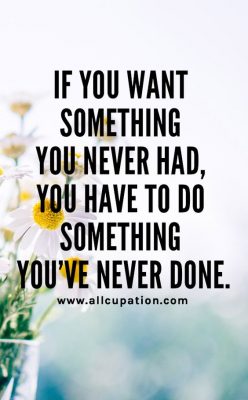 But that is not what people have… When you ask people what made them who they are today, invariably all of them answer a version of the same thing: The past.

How they express this varies: my parents, my schooling, what I have been doing, my genes, etc. etc. but all in all, they all mean the same: what makes me who I am today is the past.

If that were true, that would be bad news, really.

Imagine that it is true. Now see yourself trying to be successful online. Given your track record, and your genes, and your past behavior, how much chance do you have for success?

I’d love to say zero, but it would be unfair to many of you. So instead, I answer it in a way that applies to all of you:

The same as yesterday. Or a year ago…

Now, that is a total bummer, isn’t it? END_OF_DOCUMENT_TOKEN_TO_BE_REPLACED When it comes to your life, Are you a race car driver or a hop-into-the car grocery shopper
Said in another way: If Your Life Were A Car, Who Is Driving Your Life?

Mastering this area of life is the difference between a winner and a loser, and it is so subtle, that without someone pointing it out to you, you would notice no difference. 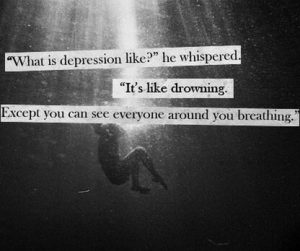 How To Beat Depression Without Medication

You Can Beat Depression… if you recognize it as depression

I found this article when I searched for the phrase “beat depression.”

Many of us are depressed. Depression can be low-grade or raging… I am most interested in the low-grade depression, it is easier to beat depression that is low-grade without medication.

The writer of this article uses valid arguments for self-management, but misses a lot of factors, like what did he do, exactly, that allowed him to beat depression to begin with.

He says he took responsibility for his feeling down and out, ad he kicked the medications… so far so good.

But what he isn’t saying is that depression is a sign of something.

What is it a sign of? In my experience, as a once depressed person (for 40 years!) I have noticed a few common characteristics with my coaching clients.

So, how do you get out of these three interconnected and synergistic (negatively) states of mind?

I think that the easiest is to start with number 2.

Why? Because it is easier go get happy(er) with yourself, especially because you need energy for the other two, and having a good feeling about yourself will give you energy.

You can also start really small, like doing something that you consider hard to do, but still doable, like

END_OF_DOCUMENT_TOKEN_TO_BE_REPLACED 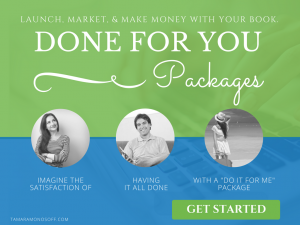 Most “do-it-for-you” programs don’t work. Why? Are they bad? Are they fakes, thieves, or is there something in our design as human beings that prevents us from taking advantage of these opportunities. This is what this article is about. Surprising. Documented. True.

Note from a decade later: Imagine waking up one morning with the physique of a body builder. A copy of Arnold Schwarzenegger in his prime. Or a female equivalent of Arnold…

Do you think it would benefit you? For longer than a minute?

Everything that you did not earn will atrophy. I have learned this the hard way. I started to turn on DNA capacities for people… and look with horror, as one after the other they turned off.

The recipient didn’t earn it, so they can’t keep it.

It’s the same with lottery winners… You have to earn what you want… And that is the principle of this article.

Surprising title, isn’t it? Especially from an Internet Marketer and Coach. After all, the best product to sell is something that you do for them, right?

Everyone hopes that what they need can and will be done for them. So, as an Internet Marketer I can make a boatload of cash by promising that.

But here is the kicker: No one really appreciates what they get ready. Why? Are they unappreciative? Do they lack the genes for appreciation? Do they have the habit of it?

If we take what Kabbalah* says about how it all works, especially what is the inner motivator of every human being: to develop one’s Self to the fullest in a lifetime by correcting the areas where they fall short from fully being their divine (giving) nature… every time someone does something FOR you, they rob you of the opportunity to do it for your Self… because the thing looks done.
END_OF_DOCUMENT_TOKEN_TO_BE_REPLACED

But whether you will vote to Obama, McCain, or you stay at home and let others decide, one thing is certain, no one is looking at the real issue:

The skill it takes to win the votes of the majority, i.e. win an election is a very different skill from the skill of running a country. Unless running it to the ground qualifies as running it…. ;-)Â as we have experienced, time and time again.

Just like in politics, the same is true for teaching anything, including internet marketing. The skill it takes to be a successful internet marketer is a vastly different skill from the skill of causing another person’s success.

We all look to our guru to teach us what to do and how to do it, so that we can be successful like them, and we all get very frustrated and very weary, because what they say and what they do are often different, and even if and when we did exactly what they said to do, we meet with meager success.

How come? We seem all very surprised.

Well, let me ask you this: have you ever heard of a successful football or basketball coach that played real well?

Or the reverse: have you ever heard of a successful player that was also a great coach?

Most successful players play from their “other than conscious mind.”
END_OF_DOCUMENT_TOKEN_TO_BE_REPLACED

I was spending quite a few months depressed, going to self help programs, 12-step, Werner Erhard and Associates, etc. … barely having 3-day worth of work a month to live on.

I couldn’t think of anything to do… I was too entrenched in being an architect. At some point, I did an exercise from the “What Color Is Your Parachute” and found that what I wanted to do, that caused me pleasure, is “put ink on paper and communicate.”

I went and apprenticed (free) with a small printer for a while, and learned some stuff, bought a letter press with some letters, wrote advertising in mail order magazines… to sell some pyramid schemes… and then when I really needed some money to earn, I wrote a letter to the two throw-away magazines in my area, asking if they had a job opening for publisher’s apprentice.

I was trained by another salesperson. We visited a few stores in my town–typical advertisers in that paper. We sold 5 small ads that day. I say “we”, but I think it was her. That day completed my training. Next day I walked back to the business area of my little town, and found that by the time I got there, the training salesperson had driven there and sold them, or attempted to. I had no wheels, and soon I had no hope.

I worked 20 hours a day 7 days a week… I was bossy, I was certain, I was “dynamic”, I was disrespectful… 5 months later I was offered the choice to resign, or… it was blackmail. I resigned. No-brainer.
END_OF_DOCUMENT_TOKEN_TO_BE_REPLACED