In this series of Osho talks he examines stories from different ancient cultures. This is an excellent companion to what I teach. Enjoy!

ONCE, WHEN THE HASIDIM WERE SEATED TOGETHER
IN ALL BROTHERLINESS,
PIPE IN HAND, RABBI ISRAEL JOINED THEM.
BECAUSE HE WAS SO FRIENDLY THEY ASKED HIM,
‘TELL US, DEAR RABBI, HOW SHOULD WE SERVE GOD?’
Continue reading on my Osho blog

I got a really great question yesterday from a student.

He asks: Is it possible to be with what you can’t accept, killing, rape, and such? And how do you do it without jeopardizing your personal values, your personal integrity, and at the same time still be able to be happy and not be mired in the dark energies of hatred?

This is a really great question. After all isn’t the world REALLY divided to right and wrong? Good or bad? And wouldn’t it put you on the side of bad and wrong if you accepted what you don’t agree with, what you don’t like, what you abhor?

It takes a shift of vantage point.
END_OF_DOCUMENT_TOKEN_TO_BE_REPLACED 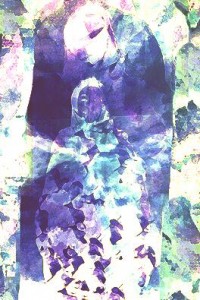 Let me stop here, because there is enough to say about those three distinctions that have left students at my mercy.
END_OF_DOCUMENT_TOKEN_TO_BE_REPLACED

One of the most harmful words in the English language are I, my, and me.

It is not that they are intrinsically harmful! they are harmful the way we relate to their meaning.

Context is decisive. Sometimes these words (I, my and me) are the context, and sometimes they are heard in a context… confusing? Yeah, context has been confusing to many of my students. But being confused is a very high state: the lowest state a human is “knowing.” Why? Because once you think you know, once you think you have the answer, you stop looking, you stop being present, your mind is running the show, the stupid machine that anyone can hack, and they do, and you wouldn’t even know.

What is the highest state? I am not sure. But I am certain that the “I can see that” is higher than “confused”. I am not at the highest state, or if I am, I have no idea what indicates that state… so let’s not go there, ok?
END_OF_DOCUMENT_TOKEN_TO_BE_REPLACED

You can’t argue with results… yet, we (you and I) catch ourselves not ever looking at the results, instead we look at something else…

When I poke into what that is, invariably I find that we pass a systemic judgment on some step in the process towards success, and that derails us from success.

What is a systemic judgment? It is one of the ways we look at value. It is a two-prong approach to life, a specific filter through which only the cultural aspects of a value show up, good or bad, useful or useless, black or white, moral or immoral, right or wrong.

It doesn’t matter whether we look at ourselves, at other people or things… we seem to be stuck on this low-level of systemic judgment, and no success, no nurturing, no love, no appreciation, no fulfillment. Those live on the intrinsic level. Also no money, no results… and those live on the extrinsic level.

Extrinsic deals with the world, and specifically the exchange between people. When you live in the world with people, if your well-being, and survival, the quality of life depends on people, and that is everyone, then it is silly to look at values through the systemic lens: it will be both misleading and irrelevant.
END_OF_DOCUMENT_TOKEN_TO_BE_REPLACED

The word “guru” has taken on a life of its own in Western pop culture. The media and advertising talk about “stock gurus,” “marketing gurus,” sports gurus” and on and on – the characterization being someone who has a particular insight into their chosen field and is trusted by others as being able to solve certain problems or provide a highly effective strategy on how to be successful.

We know of course that the word originates in India and simply means “teacher.” In India one’s schoolteacher, dance instructor, parent – really anyone in an authoritative or instructive role might be considered your guru in their particular domain.

But when the word is used in a spiritual context it has a very specific meaning and is located within a very particular Hindu belief system. A guru in this sense is a cut above ordinary human beings. What distinguishes the guru from us mere mortals is that they are “enlightened” or “self-realized.”

END_OF_DOCUMENT_TOKEN_TO_BE_REPLACED

How many times has it happened that you were looking to others to know what you feel? To know what to think? To know how to react?

The laugh-track machines are used exactly for that reason: people who have no sense of self, they will take cue, and laugh when the machine laughs.

Because we never really got present to who we are, what we hold true, what is important to us, because we were indoctrinated early on to think, feel, hold true, and say yes to what other people wanted us to, and because the reward was attention, food, hugs, atta’ girl, or nice gifts, we lost and dug under our natural likes and dislikes, our natural aspirations, our real feelings.

We toed the line 1 of “me-too’s” and mimicked, parroted, and tried to feel what they felt.
END_OF_DOCUMENT_TOKEN_TO_BE_REPLACED

Get a big enough reason WHY, so you can be in action and achieve results

Most people that sit on the fence, or sit on the sidelines wishing they could be somewhere else, enjoying the fruits of their labor, have a few characteristics to share, in addition to sharing the attitude: “this isn’t it”. Whatever that “this” is, it isn’t it. Neither is how they feel about themselves, nor is the weather. The whole gamut.

The question I set out for myself to answer: what is it that makes these people not successful, not acting, not accomplishing much of anything, not attaining the fruits of their labor even when they do act?

END_OF_DOCUMENT_TOKEN_TO_BE_REPLACED

Let me set up this article for you, so you get how I got to where I got to:

1. I am a movie buff. I know movies, I understand movies, and people love to follow my recommendations. I find hidden gems, And I find the hidden gem in movies most people miss.

2. I have a report, Effortless Abundance and an Avatar State audio that I’d like you to have, so I wanted to write an article to promote it. As usual, the gestation period for an article is quite long: I have been carrying this one in my belly for quite some time.

3. I have been pondering the difference between individual and personality

4. I have been receiving angry emails from a person that can’t accept that you need extrinsic values in life in addition to intrinsic… he is really angry. I only read every 15th or so of the emails, but the depth of his anguish reaches me whenever I see his name. Poor kid.

5. Ever since I published the article on moochers I’ve been watching people’s reluctance to produce or even to commit to any results.

As you can see, writing an article is not a two-bit thing, even if it comes out, occasionally, two-bit sounding. There is a movie I have already written about, before I started this site, yourvibration.com. The movie is Gloomy Sunday, a Hungarian movie, made in 1999.

The story is about three people, two men and a woman. The woman loves both men. Both men die, one commits suicide, the other perishes in a concentration camp for Jews. The woman, some 40 years later, poisons the German that deceived her and deported her lover. In the All-That-Is vibration, which is the highest accessible to human beings, you’ll find all the intrinsic values, just like in a perfectly polished diamond, all facets of the diamond reflect the perfection of the whole.

What can raise your vibration? The mirror effect

In this article, we’ll need to distinguish three things:

1. what are intrinsic values
2. what you complain about others shows something fundamental about you
3. what you are, you attract

What are intrinsic values?

Intrinsic values (I use this as an ethical term) are the many qualities, capacities and feelings one would strive for, although they do not produce or provide anything tangible and fly in the face of self-interest.
END_OF_DOCUMENT_TOKEN_TO_BE_REPLACED