The best way to examine whether emotions give you a reliable internal guidance system is looking at the flip side of emotions.

In emotional terms, for example, love’s opposite is hate, disgust, being appalled, repelled. But if you look at your emotions, these opposites are right there, right behind the emotion: love… They come together like the front of your hand and the back of your hand. You are in perpetual ambivalence, yoyo-ing back and forth, ups and downs, and incoherence.

Love, the one that vibrates at 525 or so, is not an emotion. Love is a commitment to love.

Commitment. Not a promise, a commitment.

No ifs, no buts, no conditions.

No show of love, no giving till it hurts, no nice talk… those are not part of love, they are societal demands.
END_OF_DOCUMENT_TOKEN_TO_BE_REPLACED 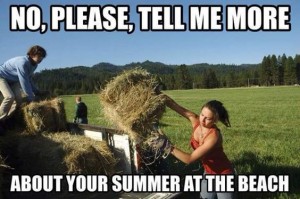 When you become aware of your urges… a feeling that urges you to do something, mostly to relieve a tension, a pain, a fear, you’ll often find this fear there. The fear of being left out, being left behind.

One of the survival conditions for a human is to belong to a group… or they are dead.

So the need to belong to a group is a very old DNA-driven need.

I see people all the time whose entire existence is inside that unfulfilled need: people who look different, people who speak differently, people who feel different. Whose desire to belong was thwarted at some point, and got stuck.

When you were three and they didn’t let you visit your mother on the maternity ward… you were too young. But you felt excluded… and still do. You are 60. You are the victim or and the generator of that feeling.

Or when you had asthma as a little kid and your mother babied you. And you were not allowed to play rough with the other kids in the street.

Or when you were different… dyslexic, gay, slow, and you were told that you don’t belong… That you can NEVER belong to the winners… whatever.

Do things that when you watch other people do them, you shake your head. What are they thinking?!

As usual, unexpected snags abound. Whoever said it was going to be easy?!

The issue I am encountering is the ego doing its darned best to prevent the capacity from functioning. It is trying to prevent participants from stepping back, or staying back… staying out of the mind and looking from a different vantage point. Maybe I should be saying… step aside… and look from there instead of saying: step back?

When I observe the ego, it’s gritting its teeth with tenacity. I have a suspicion that the ego is a hireling of society, of the horizontal plane. I have a hunch that the passage will be harder than I thought, due to the crab bucket dynamic.

This article is about what you can do to help me and help yourself to become all you can become, to become a human being.

I used to have it in spades. I used to have no tolerance to a closed door, being inside when children played outside, I wanted to be with them, ‘me too’.

It looked that people were having fun, and I wanted in. But I didn’t have that much fun, and I got into a lot of trouble, with parents, with school, with my health.

So you postpone it by joining in the fun.

One way you do it is you talk too much. To send email after email… don’t ignore me! But when you are in… you have nothing to say. You have, maybe, empty inside/empty outside syndrome.

But you desperately want to matter.

For a human it is as important a need as water, air, you have to have it.

But you are looking at the wrong place to get it.

You are looking for it outside. Through the mind. 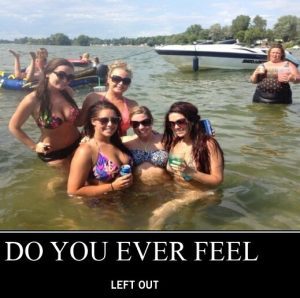 You hope to get it from the outside, from people, from sex, from success, from money… but what you are really looking for cannot be found outside.

You are like the drunk who is looking for his car keys under the street light, but when asked where he dropped the keys, he says… over there… where it’s dark. 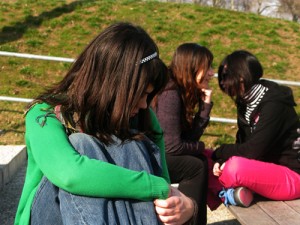 We are looking for proof that we are worthy, likable, deserve to live, but the world will not give it to us.

The world doesn’t care about you. But more than that: if I told you you are worthy, likable, deserve to live; how long would it be nourishing you? A second?

No one word is going to be strong enough for you to finally feel heard, witnessed, and worthy. Because feeling left out is not real… it’s a feeling.

You are really waiting for YOU to say that… but the small you, the worldly you is comparing you with others, and there is always someone who is prettier than you, smarter than you, more graceful than you.

The lower you is in cahoots with the world.

Your disconnect comes from all the stuff you and society piled up in between the two yous. Stuff. Worthless stuff. Opinion. But it’s there, and the small you doesn’t feel the light and warmth and acceptance of the higher you.

Powerful energies are needed to remove that stuff, piece by piece, thread by thread, so you can feel, finally, at home with yourself.

When you remove all the stuff that is between you and you, you’ll stop chasing others, stop chasing acceptance. Stop chasing respect. Stop dying to be heard, being well-thought-of. Seriously.

When you remove all the stuff that is between you and you, you become your own person, and that’s that.

Are the effects permanent? Even after so many years, when I stop taking the remedy, I start feeling the separation.

Is there a permanent solution?

No. The world will always be worldly, and without strengthening your inner connection, the world will win, hands down, every time.

And by the world I don’t mean existence. I mean society.

So, no. Unless you take the remedy regularly, you’ll fall back to the world’s way: competition, pretense, longing, feeling left out.

It’s winter, and I don’t ship liquid remedies in the winter: they freeze.

But you can make your own remedy with the Unconditional Love Activator audio. It takes 15 minutes to make enough for a year. Then just put a splash in all the liquids you drink and you are set.

Or alternatively freshly infuse your beverages every day.

I freshly infuse my water every day.

Do it the way it works for you. Just do it.

Without it you have no control over your urges. You’ll continue living with the lack, the comparing, the gap.

Read more about the Unconditional Love activator, or if you are ready, you can buy it right away

Please make sure you use the remedy, every day, every sip of drink you take, including your tea, coffee, and you can infuse your soda if you still drink soda. 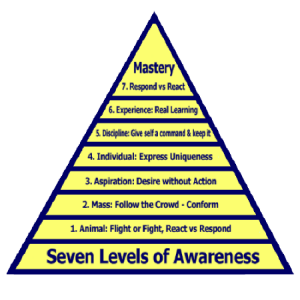 Like with everything, things are best measured when you are at your worst, including your vibration. When the s-h-i-t hits the fan. When someone pushes your buttons. When all your dreams come tumbling down.

Why? Because the rest of the time you are just la-di-da… no challenge. You fancy yourself safe, successful, high vibration, but it all proves to be a pretense when the going gets tough.

Of course, your dramatic mind can make every action feel like the crucial action that your mind depends on… running late, clicking the wrong button, the computer malfunctioning, forgetting something…
END_OF_DOCUMENT_TOKEN_TO_BE_REPLACED

Before I let you use any of my products, your purchase needs to get approved by me. Why? Because most people don’t understand that not everything is going to work for them. They like something and they want it… then they will return it because it won’t do what I promised.

All promises are conditional. Just like weight loss products are conditional on your eating and exercising changes… If you don’t keep your end of the deal, the deal is off.

The only part I have control over is your vibration when you make the purchase. If your vibration is under a certain level, the product you bought won’t work for you. That simple…. 1Low vibrational level is also expressed by a lack of intelligence. Most people buy products without asking for their vibration to be measured… And then I have to disappoint them because they can’t have what they ordered. Please don’t be one of those… Get your vibration measured by me for a small donation.

What works for people with a vibration under 200? Or at the minimum 170

END_OF_DOCUMENT_TOKEN_TO_BE_REPLACED When people ask for their vibrational measure, often they ask me to suggest a path they could follow to raise their vibration. Most of the time this is simple, they need to take one of the liquid remedies to feel better first. But today I got a request like that, and this person was different from the usual requests. When I connected to her, I connected to empty… hm. I decided to use writing to get clear, and to work through it for myself, I wrote this article.

My path… a look back

I was just like you until a few years ago. I made decisions on what to buy, what to use, what to believe on an emotional basis.

If something sounded good, I wanted it.
If I was suffering from something: frustration, difficulties, pain, or lack of sleep, I was more likely to fall for a solution that sounded a good fit for my suffering.

And, of course, most things didn’t work.

I had a difficult time to trust anything or anyone, but I didn’t trust myself either, so I didn’t actually trust the inner voice that said: wrong way.

I had to get to a point where I could trust myself, or continue to pile up junk in my already crowded life, junk that I wanted, but it didn’t do what it promised to do.
END_OF_DOCUMENT_TOKEN_TO_BE_REPLACED

Summary: people don’t understand why their vibration is so low… in spite of all the work they have done on themselves, or the positive outlook they have on life, a life of making a difference, meditation, etc. Here are some of my answers… 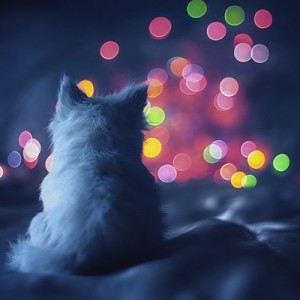 I expect to receive a lot of hate-mail for this article. Why? Because it is not politically correct. Because it tells the brutal truth, naked and ugly as it is. Don’t read if you can’t deal with the truth. You have been warned!