Mercilessly pruning, mercilessly weeding… this is the counter-intuitive path to plenty.

Everyone thinks, and it is natural to think that, that if they could add this and that to their lives, then they could be happy, healthy and wise… 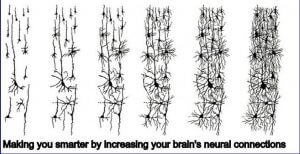 All thought that does not lead to action, said Goethe, is a disease. It’s like the Dalai Lama’s 3 levels of knowledge: Hear. Comprehend. Do. And do it until it becomes second nature… but not until then.

How is your brain pruning going?

I’ve known a lot if people in my long life. I have spent time with all kinds… Decades in off-color company.

One period I spent my time with gay people, men, in one of the one-time gay playgrounds of the world, Budapest. Party crowd… it was fun. Hard to achieve anything in the world, but fun… mostly.

Some of it wasn’t fun. I was a girl… And I was not gay. So their sex parties weren’t fun for me.

One person I met there was a young male prostitute with thick foundation (makeup) had syphilis. He wore the makeup to cover the lesions on his face.