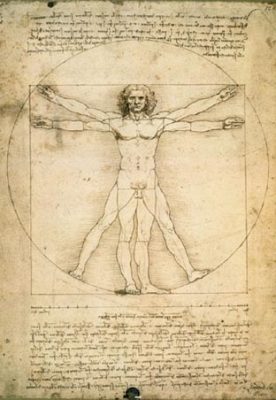 If you’ve known me and my work, you know that I talk to something I call Source. I begged it for decades to allow me to do the work for it, and today I get all my knowledge from it.

Our conversations happen on many levels, feelings, premonitions, dreams, stuff showing up when I need to deal with it, and also through things that I initiate: muscle testing yes/no answers.

A few days ago I spent some time, not long, I ran out of intelligent questions. The question I wanted an answer to: who or what are you?

Source said it is physical, even though it has no particles, no shape, no volume, no… whatever would make it physical in my world. And it is sentient. END_OF_DOCUMENT_TOKEN_TO_BE_REPLACED

Society is a rule-system designed to perpetuate itself and only itself. It considered outsiders, differents an enemy and most of society’s activity, is hunting down and destroying everyone who is different.

Society is self-regulating: it feeds the members that comply, and denies sustenance to those that don’t comply, that don’t fit it.
END_OF_DOCUMENT_TOKEN_TO_BE_REPLACED

I sent out an email:

I have been looking at topics that may be of interest to you, and so far, I have settled on building confidence…
END_OF_DOCUMENT_TOKEN_TO_BE_REPLACED

When I look at how people live, I notice an interesting thing: people have a relationship with their life I could best call gossipy. 1

This is, I think, is the result of millennia 2 of brainwashing.

In the beginning there were planetary events, that often became catastrophic. They came fast, they were impossible to interpret correctly, and they wiped out the population of countries, entire species, brought about floods and ice ages, starving, and epidemics.

Life was not in your hand, at the time, you were thrown about like a pebble, and with about as much care, by nature.

It makes sense to me that humans wanted to make sense, wanted to understand why those things were happening, so they made up stories by the look of things, a whole parallel world of gods battling it out in the skies, while the unfortunate humanity was reduced to watching it and suffering as collateral damage.

No human could change the heavenly storms, poor, rich, educated or not educated, all fell victim equally.
END_OF_DOCUMENT_TOKEN_TO_BE_REPLACED

One of my favorite books is Seth Godin’s ‘All Marketers Are Liars.’

Now, this book isn’t teaching not to believe everyone’s story, it teaches how to craft your story so people that are like you, that people that are easily fascinated, will become your fans.

In the industry of healers, gurus, psychics, ascension people, the stories are more important than in any other industry.
END_OF_DOCUMENT_TOKEN_TO_BE_REPLACED

END_OF_DOCUMENT_TOKEN_TO_BE_REPLACED

The intention of this post is to show that in order to have a permanent and earned rise in your vibration, you need to connect to the Creator directly.

Sai Maa’s personal vibration: 195
Her Vibration when in a seminar: ~500
Her organization: 185
Her “diksha” light submission: 195
Truth value: 185
END_OF_DOCUMENT_TOKEN_TO_BE_REPLACED

Are you living to survive or are you in a quest for a life worth living? Who are your guides?

What gives you your life depends more on the people you listen to than anything else.

If you want to find out where your life is heading, look closely at the different aspects of your closest guides, TV, gurus, emails, books, movies, friends, co-workers (gossip) and make a note how they live in the main areas of life: fulfillment (vocation), health (physical, mental and spiritual), connections (relationships), and being rewarded and valued (finances).

Your life’s trajectory, where your life is heading, is going to be a weighted average of these guides’ life trajectory… More time with the news? the lower it goes in all areas. More time with high vibration people? the higher it goes, at least in the areas where those people are vibrating higher. The more materialistic and forceful your guides are, the more forceful, stressful, and the less satisfying your life will become. The more inauthentic your guides are, the more permission you get to be inauthentic. And inauthenticity is death, in another name. END_OF_DOCUMENT_TOKEN_TO_BE_REPLACED 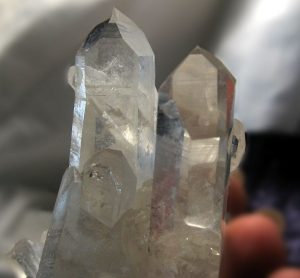 Is There Any Healing Modality More Valid Than Others? Do any of them work better?

What do I mean by that, and what the heck is healing modality anyway?

Modality, just like when we approach learning, or self expression, has a tendency to choose us: we don’t have much of a choice in them.

In learning we can be auditory, or visual, or kinesthetic: they are learning modalities.

In healing ailments, physical, emotional, psychic, intellectual, or even political: Some people heal with minerals, physical force, like cutting out bad stuff and the like. Most western doctors use that healing modality to what they consider curing. You can tell, that I don’t like them… lol. Revolutionaries, protesters, strikers use it for their purposes of forceful change. Incidentally, healing with stones, crystals, belongs to this healing modality.

That is the first modality, the modality of the physical, forceful, and non-organic.
END_OF_DOCUMENT_TOKEN_TO_BE_REPLACED