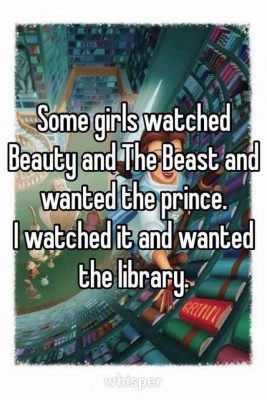 There is not much in common. It is not talent. It is not ethnicity. Not personality. Not schooling. Not religious affiliation.

The one common characteristic I have found is books. People who become worth a damn are readers.

Even more importantly than being a reader: the most important commonality is when they started to read.


I just read in Wikipedia about Howard Zinn:

Both parents were factory workers with limited education when they met and married, and there were no books or magazines in the series of apartments where they raised their children. Zinn’s parents introduced him to literature by sending ten cents plus a coupon to the New York Post for each of the 20 volumes of Charles Dickens’ collected works

This is almost the exact same thing that happened to Tai Lopez. Or me.

Surprisingly it didn’t happen to my brothers… maybe because I got no attention? I was the sandwich.

I remember that the books I found in the attic were dusty… but delicious nevertheless.

You cannot become worth a damn without reading.

And the later you started to read the less it is a habit today.

For me reading is not an effort. It is actually an effort not to read.

Regardless, there were long periods in my life, when I was fighting off the urge to read… for fear of being distracted or unduly influenced.

One period was when I was and architecture student and time was of the essence…
I was afraid to be distracted.
I didn’t date and I didn’t read.
I didn’t go to the movies.
I didn’t watch television.
I didn’t go shopping, and
I didn’t go to parties.
Except during the summer vacation.

And again when I participated with Landmark Education. I was so afraid that I’d find out that it was the wrong thing to do, that I was afraid to read.

I actually don’t know if it came from me, or it came from cultish Landmark… on some nonverbal level “they” do tell you that Landmark is all you need.

I finally kicked that attachment to Landmark a few years ago… but it was hard. Prison break.

So, what am I trying to say?

There is one other thing I have to say before I can actually get to what I want to say:

During my third year of Architecture School, I was ill. I missed most of the fall semester, and I needed all my persuasive power to be allowed to sit for the exams and do the course work regardless.

Some things I didn’t quite learn, I could not make up for lost time.

It was a huge hindrance and I never recovered from it.

And I think the same thing is true about reading.

A student of mine shared with me that because her teachers for cooking and sawing, that was her home economy class, used her to demonstrate how to do the assignment.

Meaning that it was done for her. She got good grades for work she didn’t do. (I got a diploma for education I didn’t 100% master).

I recommended that she makes up what she missed.

Because living with regrets is a horrible way to live. Trust me… I know.

Now, here is what I wanted to say… we’ll see if it is true, once I said it:

It is difficult and near impossible to catch up for what you missed. Why? because priorities, and values have shifted, or shift as you get older.

If you can afford the time… please do. Even listening to audiobooks is a valuable addition.

Because having a wide view, a varied view of the world is mandatory if you want to be worth a damn.

Being worth a damn is not just money, and not just professional… it is your whole life. Spiritually, socially, healthwise…

And unless you have wide and varied knowledge infusion regularly… you cannot become worth a damn.

At this point I have found that following in the footsteps of someone who has been there is a serious shortcut.

With millions of books all presented attractively, all selling themselves, it is hard to know what is a good investment of your brain, time, glycogen, and what isn’t.

I have the skill to muscle test… and I do. BEFORE I read a book.

But some of my students read trash…

And most students don’t build a wide and intricate integrated knowledge foundation to build themselves as someone worth a damn.

It is not easy. But it’s doable.

Even if you started late.

And it is so worth it!