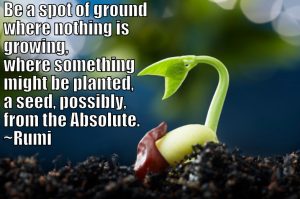 For years I’ve seen that humans, humanity, are stuck in a place where happiness is impossible, accomplishment is not predictable, and health is touch and go.

I’ve had big hopes, selfish hopes, that I will be the one to unstuck you.

This article is an attempt to identify that one thing. The linchpin issue.


A fixed world view, a fixed self-view, a fixed view of the people around you. That is what is the hallmark of the Tree of Knowledge.

You cannot be low minded in one area of life and high minded in another.

Your life responds to the lowest minded of you.

What is high-minded, and what is low minded?

There are three basic levels, all three has ranges within them.

We were all born a baby with systemic value system. Good, bad, tasty, not tasty, comfortable, not comfortable. Survival was life or death.

We had no capacity for any complexity: dealing with complexity, ambiguity is a brain function that doesn’t develop until later.

The extrinsic level with its many facets is too complex for a young child. Making allowances, seeing the good in the bad, is beyond the brain’s ability in this stage.

We see in the Marshmallow Experiment, that adding just one extra aspect to the two-pronged approach beats most children, aged 4-5 in that experiment.

The experiment was to test children’s ability to delay gratification. It is a complex brain calculation to be able to see that waiting to eat the marshmallow will earn you a second one.

This is the famous TLB I stole from Ray Williams, Twitchy Little Bastard.

Most children who didn’t wait for the second marshmallow, their lives evaluated later, lived a sub-standard life. The ones that waited became the Mark Zuckerbergs and the Bill Gates of the world.

Most children, I said, didn’t wait to eat the marshmallow.

The question is: what will make a TLB 1 want to invest their energies? 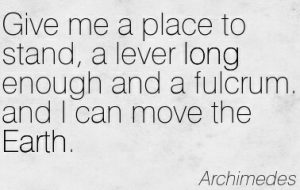 It is unpleasant to expend energies, especially for something that will either happen or not, but either way not in the near future.

I first learned about the three levels of looking at the world 20 years ago.

I had a magazine publishing company at the time, and I had employees.

I was the firing queen.

I saw that people weren’t pulling their weight. I saw that the value they provided was less than the value of their salary.

I did not think they could change, get better, or grow.

I had a fixed mindset about abilities.

I had a growth mindset about my own: I was a learning machine. I didn’t much care about pain, effort, discomfort, or being considered stupid or smart. I did what it took to learn something new, to practice, to innovate, to make things better.

It was neither good nor bad. Only the direction to go: striving for more.

But I did have a fixed mindset about other people. I gave up on them. I fired them if they didn’t perform.

I acted on the extrinsic values: after all that is what I hired them for, to do something for my company, so the company can make money.

I had high TLB, so I judged from the extrinsic level.

People in the fixed mindset AND low TLB, are anchored in the systemic values.

This systemic judgment prevents them from growing, because it is a fixed system, with no access to growth.

Today I am a coach, a teacher.

The only thing that changed is that I put myself on the practice of growth mindset: giving people a chance to grow or hang themselves. This changed my vibration, and put me in the high mindset.

Changing people’s vantage point has been the exact same thing as asking people to learn something new.

My specialty is to teach through many different ways to change your vantage point.

In every coaching call I cycle through them, until one approach works and at least temporarily shows the client the world, and especially the level above.

Because it is all about the levels of value.

If you are stuck in your level, you won’t be able to see any higher vantage point. Not when I speak, not when you read, not when watching a video. 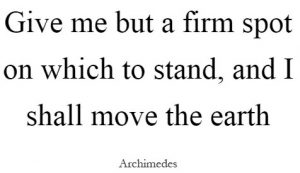 YOUR EYES ARE STUCK.

I haven’t given up, but mainly because pursuing the “North Star”, my intention to take people to where they can be taken, is a growth vehicle for me.

I haven’t admitted that I can’t. That I cannot move you if you have a vested interest in being stuck in the lowest level of mind.

Because it is a brain function to be able to see the world in color, to allow ambivalence, and complexity to enter your view, I emphasize health and especially hydration with my students.

When your cells are hydrated at least 30%, your brain can spare some energy to look, to widen your cone of vision, to include some complexity in your view.

The students that don’t do well, their cells are dehydrated. Locked into the binary view of good or bad.

Yesterday I announced a new experimental coaching program, where I plan to activate your courage to get into growth mindset.

I already see that I have made a mistake.

So here is the correction:

You will NOT be accepted unless you first get your hydration up to 30% and keep it there.

If you already have a water energizing system set up, let me check if it is accurate. I first measure your body’s hydration. If it is 10% or less, I’ll then test what about your system that is not working.

1. you don’t drink the water you made
2. your audio is not working, or not working long enough
3. your water cannot be hydrated
4. your setup cannot confer the vibrational energy to the water.

I don’t charge for this… after all it is in my interest that your cells get hydrated and your brain becomes free to learn stuff.

The people who have already applied: I’ll make this part of their curriculum, but won’t take any new students unless their hydration is already at 30%.

So, before you apply, get your hydration checked. Please.

You may find out that you’ve been stupid in life because of your low cell hydration… that you weren’t born stupid and you don’t have to remain stupid.

Wouldn’t it be great?

PS: I just got a comment on a month old article from a former student… and it’s brilliant. Go, read the article, and read Amy’s comment about changing just one small thing.

I will test it and see if 1. fixed mindset people are willing to do it (it will make you wrong!) 2. if it actually unstuck you.

My hunch is that the brain’s coherence is still the main factor. Amy’s cell hydration is 40%.

PPS: I’d like to explain the Rumi quote on two of the pictures:

Be a spot of ground where nothing is growing,
where something might be planted,
a seed, possibly, from the Absolute.

Systemic values (your convictions) are like the weeds that occupy the land. They are established, so nothing can be planted and thrive, until you spend a lot of energy on removing the weeds.

When the land is empty, your seeds have a chance to become plants. New ideas, learning is the same way.