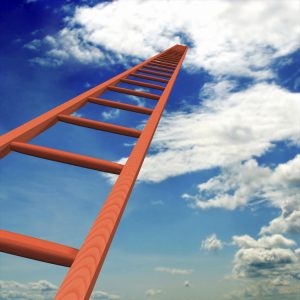 I am re-reading Atlas Shrugged.

When the first two times I read it, I knew it was very important. but an essential aspect was missing for me. an aspect I just got a week or so ago.

This aspect, the difference between ambition and desire. that goes, hand in hand, with the word pairs, producer vs second hander, vertical plane existence vs horizontal plane.

In some way also but not 100%, “living a life worth living, the investor mentality” vs. “YOLO, take as much as you can, because tomorrow may not come.”

I am a little weepy, please forgive me. It’s taken for me a long time to get to this clarity.

It’s been only a few days that I have started measuring Ambition as part of my Starting Point Measurements, and I have, so far, had surprises, small and big, pleasant and unpleasant.

Your originating circle’s role in where you live

Tour ambition (the number) tends to converge towards the average of your closest five associates. Your originating circle. That includes your parents, your wife, girl friend, boy friend. Especially your wife, especially if you are pussy whipped.

You may be living with someone who has high desire, and wants YOU to fulfill it for them. This is a serious attack on your own self, if what you are interested in is growth, and rising, and becoming all you can be.

It has been impossible for me to grow while in a relationship… luckily I didn’t have a lot of those.

I’ve been there (in relationship), and they were the darkest years of my life.

I bet you are wondering, if you are still reading, what the heck I am talking about… are you? If you aren’t… then maybe that already answers the question which camp you belong to:

Do you Want to be entertained, or do you want to grow…

OK, I am going to explain, although understanding is the booby prize… unless you also increase your awareness and recognition.

Awareness, self-awareness, and recognizing yourself, your attitude, your approach to life, is a crucial element of becoming a person.

Language, of course, is intentionally fuzzy and made fuzzier all the time… Politically correct is another word for fuzzy… serving the purposes of society, of civilization, that wants its members to be clueless, and easily swayed… and is the enemy to your becoming an individual.

A person is someone who has a strong, solid core that connects him or her to the eternal. To the “beyond”… beyond the horizontal, beyond the hubbub, beyond what 99% of humans care about or even know about.

Ambition is needed. Ambition is energy. It is a force. It is needed because becoming all you can become, or even just becoming a little more, needs tenacity, hard work, and shedding the horizontal way of living, thinking, desires.

You really can’t act on the desires and act on ambition… it won’t, it can’t work. It’s like sitting on two horses that want to go to two different directions.

When I measure your Ambition and then I measure your desire… the two numbers tell me the precise state and inner tension you are in… and your precise chances to choose to go one way or the other. To go vertically or horizontally.

So what is vertical and what is horizontal? 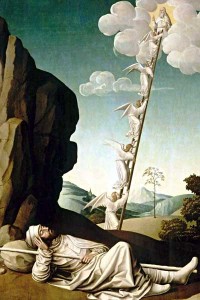 Horizontal is harder to explain, so let me start with that:

All your interactions, your survival, your fears, your activities are directed to the stuff that can be attained in the world. Job, job security. Money… and lots of it. Education, the kind that has a purpose… Pleasure. Entertainment. Procreation and companionship. Being liked. Being well thought of.

All these concerns are shared with every other human on the planet.

The words: I want to, I need to, I should, I have to are the hallmarks of the horizontal plane, the physical plane.

What Kabbalah calls “Kingdom” or in Hebrew “Malchut”. Desire is the force in this dominion, and forcing, coercing, or resisting, avoiding, getting away with less… are also important part of it. Desire to receive for the self alone.

Kabbalah says, symbolically, that Malchut is 10%… after all it is the tenth emanation of the Light… darkened with each filtering… There is so little Light on the horizontal plane, one can say it is dark. And not much fun. Fun is temporary.

When I write it with capital L, Light, I mean Life Force, I mean benevolence, I mean divine energy for life… not the electric light, etc.

Life is hard for us, says Freud in his Civilization and its discontents book

The life imposed on us is too hard for us to bear: it brings too much pain, too many disappointments, too many insoluble problems. If we are to endure it, we cannot do without palliative measures. (As Theodor Fontane told us, it is impossible without additional help.) Of such measures there are perhaps three kinds: powerful distractions, which cause us to make light of our misery, substitutive satisfactions, which diminish it, and intoxicants, which anaesthetize us to it. Something of this sort is indispensable.

Voltaire has distractions in mind when he ends his Candide with the advice that one should cultivate one’s garden; another such distraction is scholarly activity. Substitutive satisfactions, such as art affords, are illusions that contrast with reality, but they are not, for this reason, any less effective psychically, thanks to the role that the imagination has assumed in mental life. Intoxicants affect our physical constitution and alter its chemistry. It is not easy to define the position that religion occupies in this series. We shall have to approach the matter from a greater distance.

The question of the purpose of human life has been posed innumerable times.

…it has not yet received a satisfactory answer and perhaps does not admit of one. Some of those who have posed it have added that if life should turn out to have no purpose, it would lose any value it had for them. Yet this threat alters nothing. Rather, it seems that one is entitled to dismiss the question. The threat appears to rest upon the very human presumption of which we have so many other instances.

No one talks about the purpose of the life of animals, unless it is that they are meant to serve human beings. Yet this too is untenable, for there are many animals that man can do nothing with — except describe, classify and study them — and countless animal species have escaped even this use by living and dying out before man set eyes on them. Again, only religion has an answer to the question of the purpose of life. It can hardly be wrong to conclude that the notion that life has a purpose stands or falls with the religious system.

…but religion as a dogma, didn’t much help anyone but the priests. They took advantage of man’s desire to live a meaningful life, and reduced him to a puppet, a thing.

I am not religious in the sense that I would believe in a god, personal or non-personal.

But I have found it useful to study Kabbalah, a knowledge tradition that is useful, if you want to live a meaningful life that has room for the hard, for the unpleasant, because it creates a context in which this is just what is, the Malchut, not the essence of life. 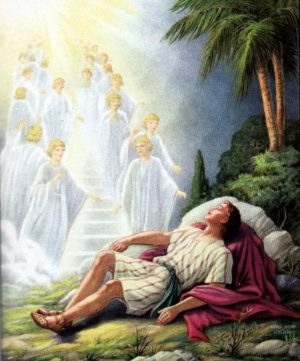 When I say BEYOND, that is what I mean. Beyond the horizontal plane. Beyond the meaningless, beyond the desire driven dog eat dog type of life.

Many teachers teach that love makes it all good… but that teaching is still wholly in the horizontal plane… wretched.

Being anchored, or being even self-righteous in helping others is low vibration… and anchor in the horizontal.

Only when they could, finally, say NO to all that, that they could start becoming human beings…

This is, the idea of ambition and ascension, is both difficult and probably very confronting to you.

It flies in the face of everything you have ever learned.

So I feel for you.

I remember when I had to go through something similar, back in 1978… when I had the first inkling that the social system I endorsed all those years, socialist Hungary, was not good for anyone.

I don’t wish that on anyone, and even if I did: your TLB will tell you what you’ll do. If your TLB is low, you will shrug and call me names, or say “It’s not worth it”.

My TLB was already 30 when this happened, so I went through this experience of having nothing to stand on, having to rebuild my entire belief system so it makes sense.

And I did. I rebuilt it. And that “no” to what was, was what gave me ambition. Ambition to become all I can be. Not ‘have all I can have…’ I never cared about having. Not get, not give… but become. BE.

Am I done? Obviously there is no end to this journey.

But, just that you know, if I ever thought that I arrived, that would be the end of my life… because why live then?

The meaning is the journey. Definitely not a destination or the destination. There is no destination, there is only journey.

And life becomes meaningful, and no palliative measures are needed. Life is sweet as it is.

Now, how can I help you?

All my energy products, all my coaching, all my webinars are at your disposal. They are there to help you. To give you energy when you don’t have any, or what you have is not enough.

But without seeing the whole picture, I intended to paint for you in this article, you won’t automatically gel them into a life that is worth living.

I did have a webinar series, Instant Coherence Workshop,  that I recorded, and you can get access to it…