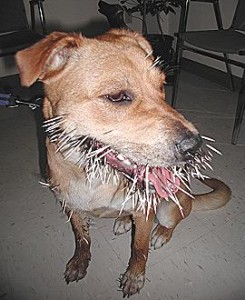 Why Muscle Testing Is Your Enemy And Why You Avoid The Truth Like A Plague?

Muscle testing has been my main modality of getting answers from Source. I also get stomach lurch as a yes, nodding of my head as a yes when in a direct back and forth communication to Source, but the easiest and most straight forward way I get to decide if something is true or not, is muscle testing.

I also know that a lot of people come to my site searching for muscle testing articles, so I decided to teach my core group students, the testers, muscle testing.

Easy, I thought, we do it through a few webinars, and then I can sell our recordings, and we’ll make some money. Yummy. Not.

The plan went well until the point where the students actually needed to DO the muscle testing.

Then all hell broke loose… or better said, hell froze over. That describes what happened a lot better.

My students responded with glazed over eyes, stone faces, and long silences. One even lost their ability to understand English.

WTF, you say. No, I said that. You may know something I didn’t… but am starting to get.

As I am going over the recordings, preparing them to be sold, I am noticing something that during the webinar I could not see. I was sooooo frustrated, pretending to be compassionate and understanding, it is no wonder I didn’t catch this during the webinars.

Muscle testing, or access to the Truth about anything is a threat to your identity.

What is identity? Identity is a construct. There are many ways to poke into it, fairy tales, fables, rackets, and such, but we won’t concern ourselves with that right now.

The only aspect of identity we’ll be interested in is the one that is true for everyone, that is not individual, that the king and the pauper share alike.

It’s a mighty power. Stronger than the love of a mother, often stronger than the will to live. Its center is very close to the bottom, and it always returns, even after some rocking, to being stationary and the same.

Let’s look at some examples of the resistance of the identity: I hope it will be instructional, though I don’t even hope that it will make a difference: given that only 1% of all humanity is willing to change, you are most likely not one of the 1%. But it will be interesting, so read on.

I will not use names, I will use their “identity identifier animal” instead. 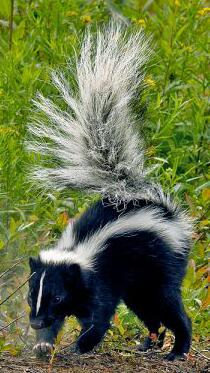 I hear you, I hear you. You are asking: what animal are you, Sophie? I am the skunk. I use ‘looking threatening’ and spraying as a tool to keep a distance. I am basically afraid of intimacy, so I attack or threaten. I prefer that you hate me to being loved and touched. I will threaten you, throw you off the call… don’t come near me!

Of course as long as you keep your 3-feet distance, I am nice, I am generous, loving, etc… just don’t cross my boundaries.

I have developed a counter script, by the way, of ‘catching, correcting, and telling it upfront,’ so I can’t just run the skunk script… Sharing puts me on the hook, I’ve gone public, I can’t hide it, I can’t lie about it: you will call me on it, won’t you?

Want more? Had enough? What is YOUR story? Why would YOU hate to find out the truth about anything?

Are you saying you are different? If you could just have it would you use it?

OK, you can get one video for peanuts… let’s see if you ARE, indeed different. I am challenging you to check out the page (with options) where I am selling the muscle testing programs. But, please be aware, if you are not a student that can connect and therefore can use this information, I will not want your money and you won’t benefit from the video. No lurkers, no interested people, no brain-candy-people are allowed access.

Once you paid through paypal, you will be taken to a registration page. If something goes wrong, just email me, and I’ll fix it for you.

Check connection calls is where I teach you to connect, and they are included in your purchase for two weeks. In addition to that, I give you, on the calls, the Heaven on Earth energy bundle, and the new Energizer energy, so it is not a short call, normally between 45-60 minutes, depending on how many new people show up.

Oh, the call is included for two weeks. It’s blissful. Forever. The more people are on the call, the stronger the connection. Beware though, being connected to Source is addictive. You will experience a powerful and peaceful meditation with some of the most transformative energies on the planet. 1 You will experience that you are not alone, that you are connected to All-of-it, including being connected to those people you don’t even know. And you will, probably, experience genuine gratitude for the first time in your life.

Registration is fast, easy. Calls are at 9 am and 9 pm on Saturdays, and Wednesday 4 pm Eastern Standard Time. That is 5 hours behind England.

Warning: be on time. Better yet, be early. The webinar software is best used right after you restart your computer. The webinar is open 20 minutes before it begins. We begin on time. Latecomers are turned away. No kidding.

If you only have an ipad, I won’t know that you are there and you won’t be able to communicate with me. If that is the case, please make sure you let me know you will be there, or I will not check you, I will not confirm that you are connected.

My email is sophie at yourvibration.com. Replace the at with the @ symbol.

OK, if you are still interested in the muscle testing videos, then go and get them.

1 thought on “Why Muscle Testing Is Your Enemy And Why You Avoid The Truth Like A Plague?”