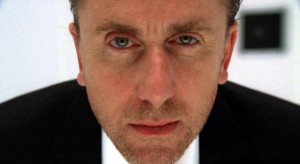 I had a few remarkable experiences the past few days.

The conclusions from these experiences make me mad, angry, bitter, and hopeless… but that should not surprise you: the condition of humanity is hopeless. 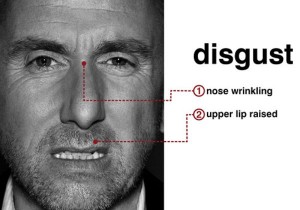 I am watching people from the fifth floor evolutionary level, doing what they do on the street (pedestrian) level, act the way they act, moronically. Don’t blame me. If you were watching your life from where I am watching it, you would not make the same moves, I promise you.

They are legends in their own time. They will protect where they are, however low or high that place may be.

When someone wants to be trained, one needs to declare themselves, temporarily, incompetent in the subject. Otherwise they are going to resist the training, or spend all their time fitting what they hear into what they already know. Neither of those is ‘getting trained.’ Remember, most training is the willingness to try something on. Like a jacket in the clothing store. But if you leave your jacket on, pretending to try on a jacket on top of it, it won’t fit, now will it?

This is what most people do, and it is driving me bonkers.

Then again, some things that happened were quite promising, even if they were few and far between.

One promising thing actually happened to me, personally.

I have been watching and re-watching the ‘Lie to Me’ TV series on Netflix, seeing more and more with every viewing.

But yesterday I was nudged by soul (out of nowhere) to watch a British, Victorian age series, about some girl Tilly… who had to deal with being accused of being a witch, whatever that means.

I watched it for about half an hour and then I could watch it no more.

I descended into an inner hell, for about 5 hours. In those 30 minutes of the movie, she escaped two attempts to rape, and she was in the middle of the third, when I closed my browser. She was gossiped about, learned to dance, lost the man she loved to another woman… No, thank you, not for me, not now, not ever…

Hell. I closed the browser but I didn’t close my mind. The scenes were playing in my mind, and I felt every pain known to a woman. Anguish, fear, anger, longing, fury… you name it I felt it.

Most people when strong feelings come up, they hide from them, run from them, outwit them, depending on their emotional age. I decided to be an adult, and I faced them, probably the first time in my life.

To allow these feelings ravage me was painful, but I hung in there, and felt what I needed to feel.

I own a book I never read, but just caught a glimpse of it the night before while I was searching for something good to read… “Feelings Buried Alive Never Die.” What a title, and what a perfect match. No accidents here. It was time.

I didn’t take my remedy. Why? Because buried feelings never die… and this was an un-burying ceremony. Lasted for five hours, and once I could feel what I never allowed myself to feel, it was gone, and I am my happy self again.

I have made a few distinctions from this feeling incident, and I’d like to share them with you.

The two most important distinctions I was able to glean were: 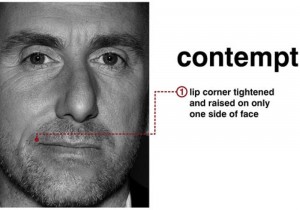 My soul-correction is “Forget Thyself” meaning: get off the high horse, get off feeling superior, get off being condescending and feeling contempt for others.

I never understood how people knew how I felt about them: I was so helpful, I was so kind, I was so sweet… but the contempt leaked out around my mouth: that is where you show contempt as a micro-expression.

Surrendering my life to be guided by Source, guided by Soul has been part of my soul-correction. Not hiding my automatic contempt, but making fun of myself, laughing out loud, has been a real life-saver, and an unmasking.

People have been laughing with me, and getting that I work really hard.

Can I “fix” my soul correction? My understanding is that you can’t.

So, if you have been wondering why your vibration isn’t rising: you know now.

Most people, when I ask them what is their soul correction, tell me they don’t remember.

Bad sign. Are you hoping that you can raise your vibration without knowing the nasty stuff that you are hiding? Dream on. You are at the wrong place… join some cult, or return to religion… any kind. There it is all talk, no results.

But if you are earnest about raising your vibration, if you are committed to going to the next level, if you honor your soul and your relationship with it, then you will want to earn your light.

That is the Original Design. That is what I teach here.

Not your cup of tea?