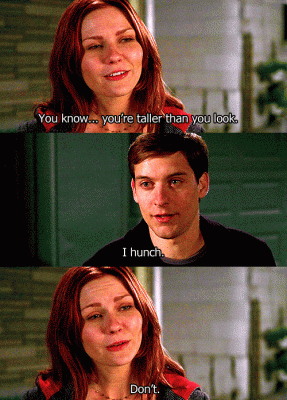 With great power comes great responsibility… Yeah, I know, sounds really boastful when you think I am saying it to myself… right?

But truth be told, not owning your power is more damaging to you than standing up and declaring it for all to hear.

Withholding it destroys you from the inside, declaring may get you burned on the stake… I prefer the stake, thank you very much.

I am as fearful and as cowardly as most, with one difference, maybe. I HATE slow and long, extended suffering.

Back in 1979, during my stay in a psychiatric ward, I decided that I’d rather get suddenly terrified, surprised, unprepared, and scared to death, than spend the rest of my life in low burning fear, worry, and anxiety.

I have been true to this decision maybe 40% of the time: the rest of the time I didn’t realize I was afraid. Because Back in 1987 a made myself a t-shirt that said: “Fear is an opportunity for courage” and I knew that the job was to find the fear… Without fear there is no need for courage.

A lot has been happening in the 35 years… among other: I got conscious that what I felt was not ordinary, but quite special: I felt other people’s feelings.

Back in the psych ward there was a group therapy session every week. We would sit in a big circle, on chairs, all the doctors, psychologists were sitting there with us, and we would speak… much like a support group nowadays, except that we were “inmates”.

I got kicked out of the group: it was too disturbing what I said. But I said it because I KNEW it: I had access to others feelings, and I knew that hatred, anger, and fear of retribution, of punishment, of judgment were the only things that held people in check.

Not a pretty picture, and may not be completely true for all of humanity, and it is definitely not true for how it looks… most people diligently pretend to be nice people, helpful, loving, and happy… on the top of hatred, anger, jealousy, envy, and the other ugly feelings.

Telling the truth can get you crucified or burned on the stake.

Now… is it necessary for people to have these two faces: the angry one and the happy one to cover it up?

Why is this so important to me to know? Because most diseases come from the gap, in inner gap between their two personas… Neither of those are REAL selves, both are fake selves, but we don’t know that. We think we are bad. We think we are horrible… and then, of course, we pretend to be good…

Let me repeat: Both selves are fake selves!

But they feel real, don’t they? I remember when I lived entirely inside that pendulum swinging from stupid to smart, from good to evil… from weakling to powerhouse…

Only recently I have been able to live, mostly, outside of that internal abyss, the Abyss of Unreality.

An empath’s job is to be the explorer of the inner, so others can know what’s there, what’s what.

I am obviously not the first empath to be getting insights… I found that out yesterday.

I am reading my second Russ Harris book, The Happiness Trap. It’s not as well written as The Confidence Gap, and yet.

I am reading it on a Kindle, so I don’t know what page it’s on, but in it he distinguishes the two selves, the observing self and the thinking self.

That is eerily close to how it is, eerily. 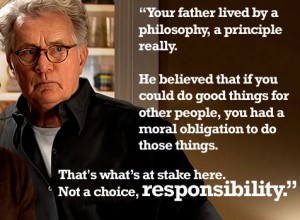 If it is so good, why do I need you, Sophie?

What do I bring to the “party” you ask? Just like with connecting to Source, it is very helpful to have someone observe you, from the inside, while you do whatever you do.

You see, an “ordinary” coach will watch you from the outside. They will listen to your voice. They will hear your explanations of what you do or what you did.

And even if they are very talented, they won’t know what you do “wrong”… and they won’t be able to correct your actions, so you practice what works, instead of continuing practicing what doesn’t… and then quit in exasperation and disappointment.

Why this is so important? Because until you learn how to live in your “observing self”, using the mind from there, when needed, you will continue being mired in the worldwide misery, thinking that other people are happier than you… just because they pretend better.

People are not happy, in spite of their smiles. But THEY don’t know what to do, and you CAN learn.

I believe that even reading the books can help you, but the priceless part, the instruction, the monitoring, the personal attention and guidance are the real deal. I can’t and don’t add anything else to the value of Russ Harris’s work.

Although if you already know that you are willing to do the work it takes to become free of the misery of the masses, you may be ready to clean up your memories in the Playground. 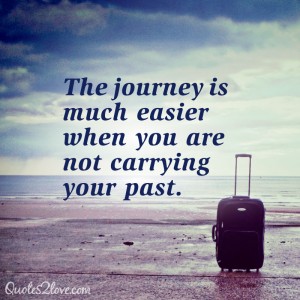 Why is it important to clean up the past?

The unexamined past is like the stuff you move from apartment to apartment… you need extra rooms to store all that stuff… You want to examine the past and keep what is worth keeping, and discard what isn’t…

Why does that matter? I’ll try to explain: If your memories of past events were made from the middle of the false self, it will be very very very difficult to not identify with the feelings that arise, the thoughts that arise. 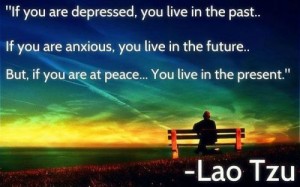 How do I know? I know because although I lead the Playground, I am also a student there: I share events in each session that are still bothering me. And every week I am better at keeping the distance from the hubbub, from the Universal misery of humans, even from anger I justifiably feel.

And here are my “outside” results: I now sleep with no nightmares 90% of the time (I used to have nightmares every night! sometimes all night…). I am able to follow a healthy eating and sleeping schedule, walk five times a week.

My back is feeling considerably better. My legs are the same length (they weren’t for the past 20 years!) and I hardly have any pain walking.

For me, these results are all the more significant, because they have been “incurable” by any known methods, pills, energies, chiropractic adjustments, etc.

And to finish this article: just one more thing: your vibrational frequency correlates with your ability to create a distance between the hubbub, the World, the worldwide misery, and your Observer Self.

Where would you rather live? On the stormy sea or on the shore? 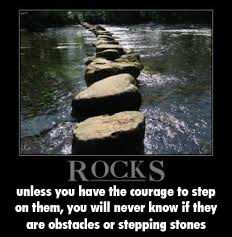 OK, now what? What should you do now?

At this point I am preparing the ground for the trianing, both in the “itch” webinars (fall in love with yourself) and in the Playground.

So these are your two options.

“Itch” webinar: finding out what is your pivoting point, your crucial missing

Playground: decide if you want to participate on a Tuesday or a Sunday.