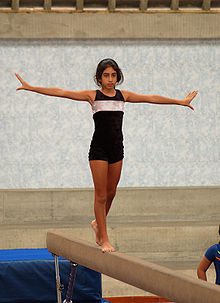 People (you?) want to know what is their soul’s purpose so they can start to live the life of their dreams. They are waiting to do the right thing… but there is a problem.

If and when the right thing comes along, will you be ready for it?

It has taken me 60 years to become ready to do what I do, and although most things are not as complicated and demanding as being a spiritual leader of returning humanity to the Original Design, most things require you to know how to do quite a few things.

The question you should be asking yourself: why am I waiting to do the right thing while I am missing doing the thing I am doing right.

Most people, when they retire, can sport one or two skills they have… and if you get fired, or laid off… what the heck are you going to do? Or if the “right thing” came along, what skills do you have to actually be able to do it?

I have two small groups of four people each that I train. Interestingly the two groups bounce off each other, and I never have to wonder what we are going to do next (I don’t have a lesson plan: I allow what they don’t know to drive the course of study).

In the last few weeks both groups arrived to the same question: what is the most missing, the most painfully missing “thing” that if it were there, it would really make a difference.

Without this one particular attitude no one can go far. And if, by mistake they succeed, their success is short lived.

Is it optimism? Is it gratitude? Appreciation? No and no and no.

Although those attitudes are important, you can be successful without them.

The attitude I see most missing is the attitude that is the highest of all attitudes and skills: the ability to learn from what you are doing, whether you are doing it right or you are making mistakes.

Why is that a rare attitude? Because it requires a faculty that is rare. I have seen it most often in classical musicians: especially players of instruments where the two hands have different positions.

You remember the exercise that most people can’t do: draw circles around their stomachs and tap their heads at the same time? Most people can’t walk and chew gum… at least not able to pay attention at both. The best most people can do is quickly oscillate between the two locations.

Why would this be an important skill for anything, you ask, and if I were you, I would be puzzled too. Aren’t we here to raise our vibration? You ask, and we are. Except this is the most missing skill you could set out to master.

The distance between the two places doesn’t matter. They can be side-by-side, or they can be miles away.

If you can put your awareness at something either in the past, or far away: you are in the Clematis state: not suited for life.

If you cannot control your awareness and it’s all over the place: then you are not suited for life: you have no power, you cause nothing: you are at the mercy of the winds.

The art is to be both where you are and at the same time at a different place.

What is the purpose of that? There are many, let me talk about two of them in this article: 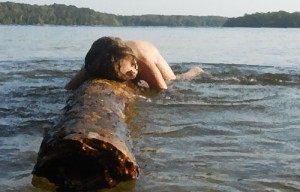 How are YOU going to build some skills? Start where you are… just add the second vantage point and…

Come practice on the Calisthenics calls.

5 thoughts on “Want to know what is their soul’s purpose? Why?”