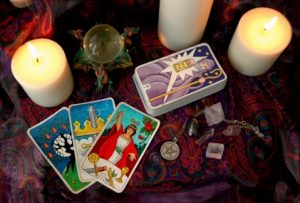 Foresight is available only to sentient beings. Nature, the Universe, don’t have foresight, don’t predict, don’t care, don’t make things wrong, don’t have regrets, and… gasp, evolution is NOT the survival of the fittest, it is the survival of the lucky. I’ll talk about this last one in another article, when the thought will be fully developed.

For now, I am interested in foresight and divination… this is the subject of this article.


As I am inching towards well-being I have a lot of insights, a lot of things to ponder.

I have about 15 bottles of supplement that I muscle test every night, but from time to time act counter to the muscle test.

One of the supplements I take makes me regular. And often the muscletest is “wrong” in that it says yes, and then next day I have the runnings, or it says no, and next day I feel bloated and nausea.

Then I think: the muscle test looks if the current state of the body is perfected by or deteriorated by the supplement. It can’t predict.

Prediction is foresight, and only sentient beings are capable of foresight.

It is very seductive to use muscle testing for divination, for choosing a path for a certain future… to avoid something bad, or to meet something nice.

It is very important to keep in mind that the Universe and Source is NOT sentient. Even though Source is a sum total of all that is, including sentient thoughts and intentions of sentient beings in the all-of-it, Source itself is NOT sentient, doesn’t “care”, doesn’t “want”, doesn’t make anything wrong, it accepts, it has room for, it allows, it is the beingness of what allows for a largely friction free existence for you and me.

It also has 100% integrity: it is always true to itself. It never promises anything, it just IS.

Although Source is not sentient, it seems to have a preference… I’ll talk about that in other articles.

So foresight is sentient, because foresight means looking ahead and seeing the potential outcome, the predictable outcome, and acting to mediate it, or stop it from happening.

Like make the hot water drip at night when a really frigid night is expected. Or turn the handle of a pan out of the way, so I won’t accidentally knock it off the stove when I rush past it. Or learning a skill that I don’t now need, because I can see where my business, where the trend is going. 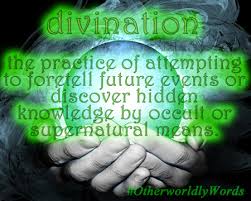 Lack of foresight is a sign of low vibration. It is replaced with fatalistic attitudes, hoping, wishing, winging it, and it leads to an unfulfilled existence where you experience yourself not in control of your life.

Most people try to control by forcing, resisting, but they are out of harmony with all-of-it… All-of-it is never forcing anything.

By allowing, you can ride the wave. By allowing you can use the things coming towards you to take you where you want to go, just like in Aikido.

Sidenote: we could say that the better one is at the Aikido principles, the higher one’s vibration is.

If you have an issue in this area, find an Aikido studio and become a serious student of learning to be aware, to control yourself, and using the energy of the other (of what’s happening) to your advantage.

Priceless. It is a completely transferable skill, counter-intuitive, counter-instinct, like all-of-it.

And if you are interested, here is a pdf document written by a guy I don’t know, but it’s well written, about Aikido on my subscribers’ site. You need to register, and confirm your email address… You are added to my mailing list and I’ll mail to you once or twice a week. You can unsubscribe any time.

Interestingly, The Sight DNA capacity also works better for people with higher vibration. And when you work it, then your vibration goes even higher.

I am raising the price of the activation tomorrow night, so if you have been thinking about it, this is the time to do it.

2 thoughts on “Foresight is available only to sentient beings. Nature, the Universe, don’t have foresight”