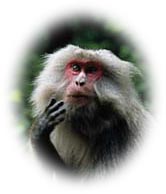 I am sitting here, doing work for my friend’s 15-minute fame and potential big break. Your success is measured by the number of people you made successful, I tell myself as an excuse for taking my attention off doing my own work.

My body is ravaged with strong and very unpleasant emotions. Mostly anxiety, doom, and grief.

I muscle test myself every five minutes if the feelings are mine. They are. I take my Heaven on Earth and continue working, but the bad feelings come back and take my breath away.

I catch myself wondering what it all means. Shall I stop doing the help to my friend? Shall I just run the other way? I muscle test it, and the test says “no.”

I am researching the show: it is the second most viewed show in the United States 1. I have never seen the show: I don’t have a television, and I am not interested.

But at least five million viewers are.

What is the dynamic? They want to find out about everything, they want to make sure they know. Just like one of my students wants me to test her, then wants other people to test her, tea leaves, coffee grounds, etc.

The human machines want to be sure. Want to be secure in their knowledge. Then want to keep on sleeping, and dreaming the life they are living, or better said, their machine is living for them.

Observing my students, my feeling is that this is a far shot. But however slim the chances of succeeding, we must go for it, and go for it with our full might.

Why? Because that is the Original Design. 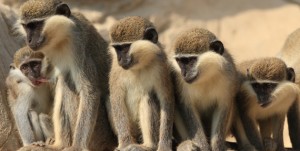 As a 98% machine species that was selected to carry out the soul’s correction, we have a divine purpose that we haven’t delivered on: and it’s time.

My vision is to cause a tipping point by causing a few thousand, maybe tens of thousands of people to elevate themselves to the 51% human, 49% machine level, and once it is accomplished, the whole of humanity would tip.

I don’t know what is the origin of this story, “The Hundredth Monkey” but it is a great story, the best I know that illustrates what I mean by tipping point:

A group of scientists were running a bank of experiments on a Japanese island that is heavily inhabited by monkies.

They flew over the island and threw down potatoes. The potatoes ended up on the muddy floor of the forests. The monkies grabbed them and ate them, mud and all.

One day one monkey took her potatoe to the nearby stream and washed it before she ate it. The other monkies watch her conduct curiously. This went on day after day, until another monkey decided to wash her potatoe too. 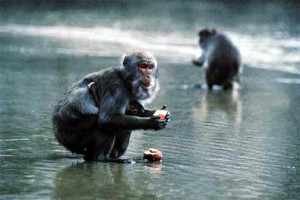 This is the phenomenon we call the hundredth monkey principle, and it is the underlying principle of a tipping point.

Because, most likely, I will never have a person from inland China, Tibet, or the Kayman Islands on a webinar of mine. But once the hundredth monkey principle hits, they, like by magic, will connect to Source, and start taking control over their machine-like aspect, reclaiming their humanity.

So, this is my vision, and this is what we are working on.

How is the word going to spread? I think that people that are present, light, and effective in their lives are going to be watched and modeled.

Will you be one of those people?

One important part of becoming one is to be able to wipe your subconscious clean of useless and invalid assumptions and habitual ways of being.

The new energy, the Wipe The Slate Clean (I may rename it… too long!!! lol) Energy is like a vortex that sweeps your subconscious as clean as a sweep can do. And in that new space that gets created, you can download useful and valid information that will help you to be successful, attractive, effective, and happy.

This week, April 10-15 you will be able to test drive that energy on all the connection calls. After this week this will be a premium energy, only available when you purchase one of the Activator Download programs, like the Second Phase Activator series, that starts next week and continues till September: it’s a lot of activators, and we’ll do the Wiping energy every session, so new learning could take place.

To make it easier for US students to attend it, I am planning to have one session at 4 pm EST and one session at 9 pm EST, Mondays, Tuesdays and Fridays.

If you are interested in the additional times, please let me know. If there are enough applicants, I will definitely do it. We’ll get to the hundredth monkey that much sooner…