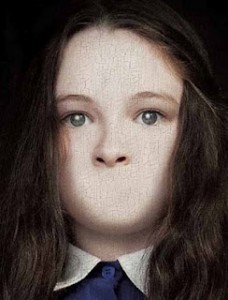 On Authority, Or What I Learned From My Brother

My eyes are swimming in tears. Tears of recognition, tears of happiness.

Why am I so happy, you ask? Because I have turned a corner. A big one for me.

My brother, six years my junior, lives in Hungary. We were never really close. No one was close in my family. Holocoust survivor parents, all carrying memories of personal and racial horrors in their cells.

You never knew when they would blow up on you… it was totally unpredictable. I learned last night what’s the mechanism: I am 65 years old and I hadn’t known. Wow. 1

I last saw my brother in 1995. He came to visit me and he stayed 2-3 weeks, I don’t remember how long. He’d just sold a house he built and was now building another one, and had a sudden cash influx; that’s how he could afford to fly over to me.

At the time I was a magazine publisher and quite ill. He had headaches. I had none of the powers I have today: there was nothing I could do for him. Today I would know what to do… but I won’t cry for spilled milk. 2

Later that year he lost one eye, the cause of his headaches, then lost his job due to his funny looks with the glass eye… life is unfair.

I supported him and his family of five for a while, then he found odd jobs: he is really good with computers.

A few years ago the odd jobs ran out and one day he confessed to me that unless he found some source of income he would have to lose everything. I asked how much was the minimum he had to have. He told me and I hired him for that money.

I wasn’t willing to just give him the money: it would have taken his dignity, and he would have started to hate me. It is how the mind works: you hate your benefactor to avoid feeling ashamed. Nasty stuff.

Sometimes there is a lot of work, sometimes just about an hour a day. I have resolved not to worry about it, but he does. He is afraid to lose his few hundred bucks a month, the difference between being homeless or being OK.

In the beginning our relationship was horrible. He yelled at me, barked at me, but I kept swallowing: after all I am this enlightened being, lol, right? For your information: swallowing your feelings isn’t enlightened, it is called suppression. So I wasn’t that enlightened, got it?

Lately, since the second phase activators which he got through my history level, not directly, his feelings were getting smoother, so I recommended the Heaven on Earth. He is taking it. I think out of loyalty to me. This would have been impossible a year ago. He is still on his first bottle of Heaven on Earth.

Now, let me share the breakthrough. No fanfares, no lightworks, no sparkles: most breakthroughs in the process of ascension are eventless… that’s the point.

I needed an urgent job done today. I sent him a gtalk instant message asking if he could do the work. I apologized that I sprung it on him in the last minute. He said, no problem, he didn’t mind.

The breakthrough was the tone of voice I used in my communication. There was authority and there was respect. For the first time in my life these two appeared in the same sentence for me.

Until now I had no way of speaking such that he, his needs, his time, his talents would be respected and I would ask for what I needed. Simply.

I would, before, suppress that I was unjust: after all he was done working for the day: he was watching television. Or could be that he planned on doing something else.

The breakthrough is that I apologized for springing the work (2-3 hours) on him, and still speak from authority.

Why am I sharing this here? I have a reason.

On the connection calls we practice speaking to our different aspects, our soul, our ego, and will soon add our body, our minds… And so far everybody is failing at combining these two seemingly incompatible voices: the voice of authority and the voice of respect.

I realized, today, that when you are willing and able to communicate that you know what it takes for the other person to do your bidding, the answer is always yes. The attitude is always willingness. The resulting relationship is always a team. Win-win. We are in this together.

People, when given the choice to be magnanimous, always rise to the occasion. OK, correction, if and when they are above a certain level.

Thanks to the 2nd Phase activators and the Heaven on Earth, my brother and his children are above that level. They weren’t always… they got there as a result.

I did the activators myself, and my whole family benefited. They don’t even have to know it.

Oh, and here is a little gift: one of the movie clips that have effected my life the most… from The Fountainhead. Enjoy. It is required for our next activator on the 2nd Phase activator Series: the courage.

6 thoughts on “On Authority, Or What I Learned From My Brother”