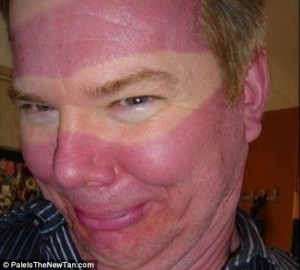 Earning your light, raising your vibration

I don’t know everything. In fact, I know very little. And what I know is somewhat sketchy.

I just finished muscle testing the vibrational numbers of the second phase activator class. I was expecting to see who is doing the work of earning their light and who isn’t by the way their vibration was comparing to the numbers two weeks ago.

What I found didn’t make sense, which is a good thing.

When something makes sense, it means that the knowledge is coming from the Tree of Knowledge. It means that I didn’t access anything beyond what everybody should suspect; and the majority is always wrong. Always.

So, in a sense, I was happy that my findings didn’t make sense.

I get answers two ways:

1. Direct knowing. I just suddenly know. Where is it coming from? Intuition, says Osho. I don’t know. It has nothing before it… no history, no reason, no track record. Discontinuous. Seemingly.

2. I get an insight through something happening.

The second happened today. When in doubt, play Freecell… that is my philosophy, and has been for years now.

My instinctive nature is jumpy, reactive, never looks around, lunges, goes for the easy pickings, very dumb. Wants to shake responsibility, detests and runs from any kind of opportunity to be made wrong, made feel less than…

So, in the beginning my instinctive nature was moving my hands, and I am watching.

The thoughts say: you screwed up. It’s over. You can’t save this one… you dumb thing…

“Maybe it is time to take over this game? Look before I leap? Let’s do that.” This thought also comes from the mind, but it’s not automatic. It comes from intelligence.

I look at the screen, and seemingly the cards change. A pattern emerges. A bunch of connections that were hidden while the instinctive self was playing, suddenly show up.

The game that could not be saved smoothly resolves itself.

Now, how does this relate to the question, why some students jumped to a much higher vibration, and others have been stagnating?

Take a student that didn’t jump vibrationally: they watch themselves, maybe even catch themselves, but don’t call onto the deeper intelligence for a different way of being. They play and continue playing in the arena of the instinctive self, where it’s about winning, it’s about looking good, doing it right, being liked, feeling good, having fun.

The students that had a significant jump, probably, had a quickening: they went beyond the pedestrian level (instinctive nature) and brought on intelligence. At least some of the time.

That opened them up to alignment with the Original Design… that is what I learned from playing Freecell today right after I asked the question.

So what does this mean to you if you are here to raise your vibration?

It means that some of the practices are so tiny alterations, no fanfare, no dance and song, you may not even notice.

I had an alteration, in fact a series of alterations in behavior, that went on completely out of my conscious awareness.

As I mentioned in previous articles, I am a dyslexic, I had a major brain damage, and I have a difficulty standing longer than a minute or two, without getting pain in my right side.

Going to the laundromat became one of those nightmarish experiences. Cleaning the house… oh no. Putting away clothes… no way.

About two months ago something moved in me, because I, imperceptibly, started to take care of my physical environment, a few minutes at a time. I did most of the stuff under the level of my conscious awareness. While I was doing “important” things, like being on the phone, or listening to a recording or a call.

The place is still messy, but functional messy. Like a place where someone works 24/7. Not like an abandoned building… lol.

Some of the changes that cause a jump in vibration are like that: under the level of your conscious awareness.

Others you will need to consciously work on. I’ll talk about one of those tools for raising your vibration, play, in another article.

If you want to experience raising your vibration, the best tool I have is the audio recordings of the Second Phase Activators. No meditation, no other teaching compare, they are unique and effective.

You can sign up today and become a part of a community of people that are working on the same thing, each their own way, each with varying success. You don’t need to do it alone.

4 thoughts on “Earning your light, raising your vibration”