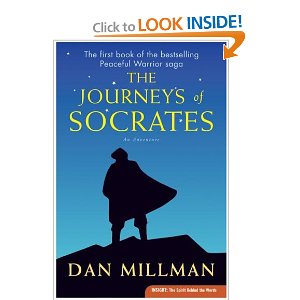 When The Monster Comes Out And Starts Doing Monster Stuff: What Will You Do? How will you raise your vibration back up?

A client was yelling at me. The article about the ass grabbing famous man…

Please be aware that the monster doesn’t sleep.

The wife who has since calmed down… but for a few weeks carried on daily… If you are reading this: I am OK, but it’s not useful for me to deal with this… I appreciate how you got the point…

Not everyone gets the point.

The long time student who left, in anger. Has canceled everything, including her facebook account. Must be really angry… the monster came out.

Let me explain: in the book, The Journeys of Socrates (by Dan Millman) one of the main characters is Dmitri. He was an orphan, taught by his adoptive parents that Jews were bad people. In one nasty argument he finds out that he is Jewish… and kills both adoptive parents.

In his memory, in his imagination, a monster came and did all those things. He is riddled with nightmares of that fateful night… his whole life was used by that memory: hiding that he was the monster.

Why am I talking about this now? What does this have to do with raising your vibration?

I had the monster part of me come out on a connection call this afternoon, and it was slash-slash-slashing on the call… Insulting people, publicly, etc. How did that happen that a teacher like me was taken over by my dark side, by my shadow side, by my monster hiding persona?

I just had a little conflict… I am not kidding you. I had a conflict: I wanted to be somewhere else and I had to be on this call…

Why is this useful to you if you want to raise your vibration?

Shadow side, dark side of your personality, is normal. It is never going to go away.

and I drop the ball.

With a lot of self-training (years!), I have managed to learn to handle call waiting, but the conflict situation I encountered this afternoon was something I wasn’t prepared for.

So, what is there to do if and when the “monster” comes out and take over?

Just watch it. There is no stopping a monster, at least I have never managed to stop it… And then don’t go where you always go: running, hiding, quitting, blaming, justifying, none of it.

Own up to it, take notes and start targeting that dark side.

I will put myself into this predicament more often to learn to be peaceful, choose, breathe, step back, in the face of unusual tension…

And promise the people you hurt that you know what you did, and you do your darned best not to do it again.

Ask what they need from you to be well, and to trust you again.

And do what they ask of you. It is probably much less than you would offer them… most people are much hardier than you give them credit to.

That is what I plan on doing. It will raise my vibration back to where it was before, or maybe even higher.

PS: One more thing: when you are in a program that uses powerful and transformative energies, expect your dark side to surface. Because you can’t catch what you don’t see, what you need to catch will start showing up. Like Celeste says in her comment, and other students said elsewhere: raising your vibration is not a walk in the park, it is going to take facing the dark side, blinking, recognizing it for what it is, and committing to catching it next time.

That’s how you raise your vibration.

14 thoughts on “Updated: When The Monster Comes Out And Starts Doing Monster Stuff: What Will You Do? How will you raise your vibration back up again?”